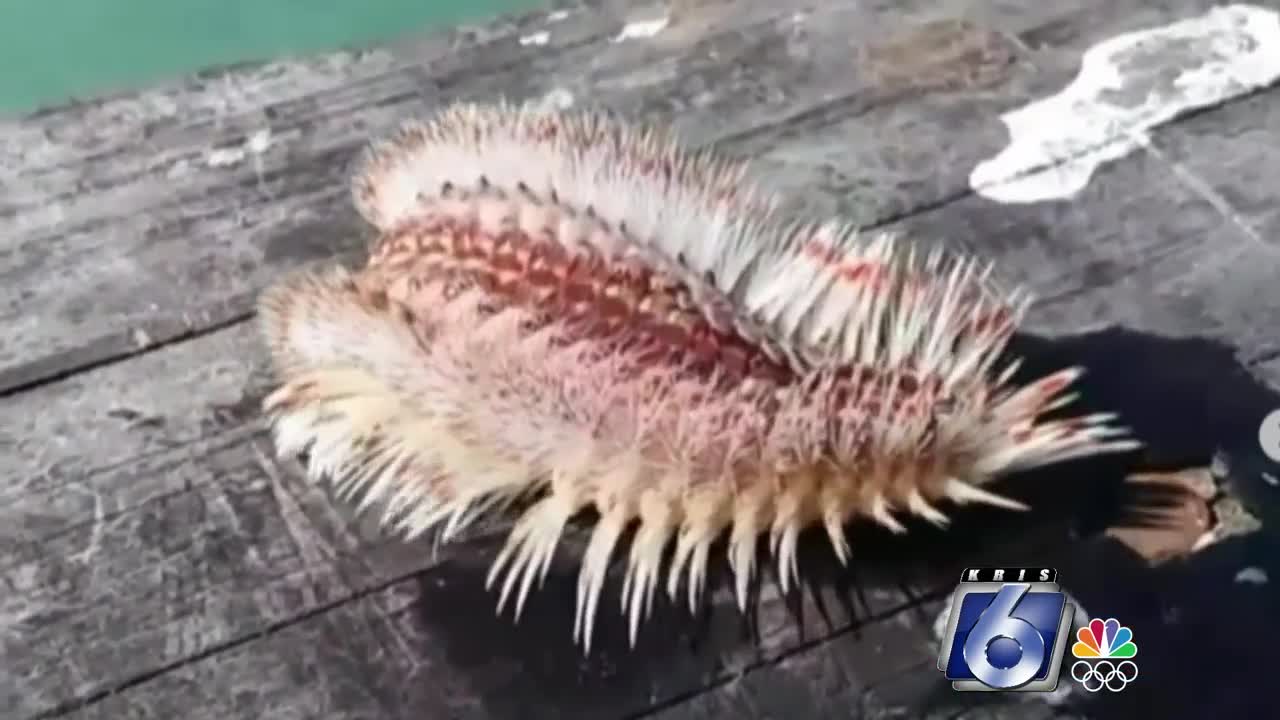 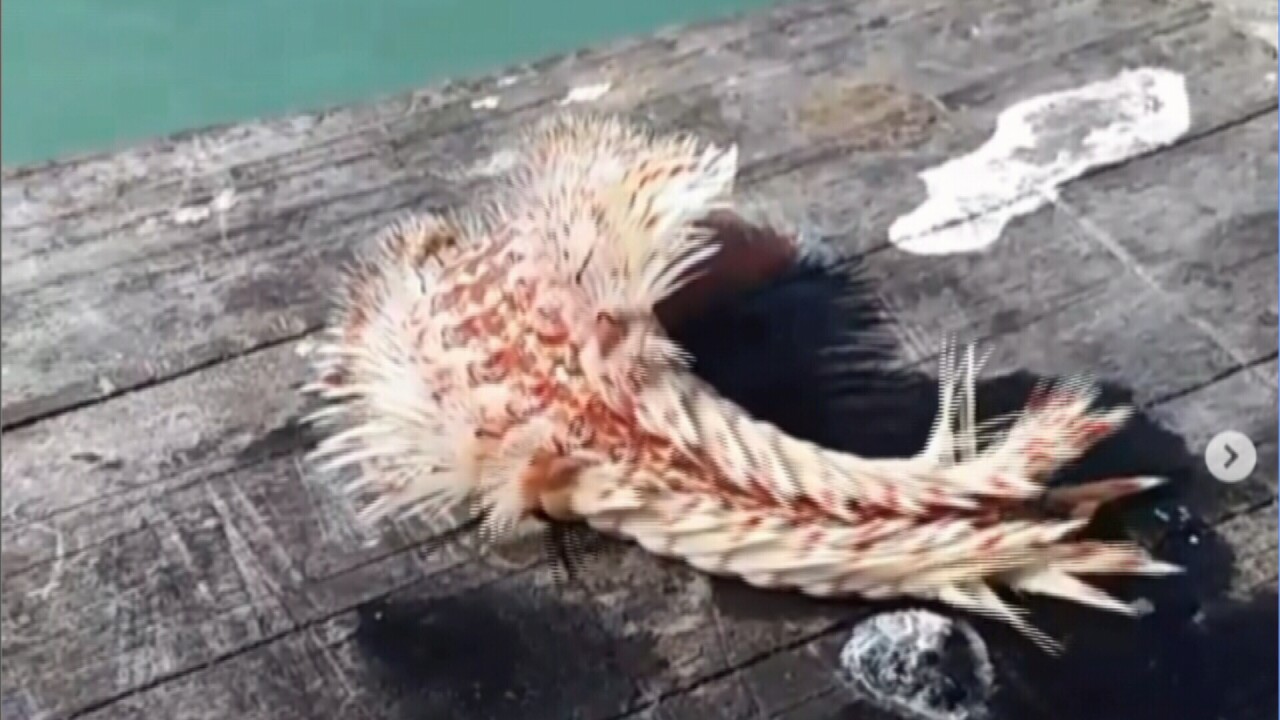 CORPUS CHRISTI, Texas — A bearded fireworm caught off the coast of Port Isabel last week is getting lots of attention online and surprising beachgoers.

Other than the fact that it's funny-looking, the fireworm is creating buzz for two reasons: It's native to the Mediterranean Sea and Atlantic Ocean, and the barbs that line its body are painfully sharp and cause a burning sensation when they make contact with skin.

A local expert struggled to explain how the fireworm ended up in Texas waters.

"It's very unusual for (fireworms to be) around here," said Dr. Paul Montagna of Texas A&M-Corpus Christi's Harte Research Institute. "I've never personally seen one in Texas waters before. You see them in coral reefs all the time, because they typically eat coral or small things that live on the corals."

Angler Alyssa Ramirez was visiting the Port Isabel area and caught the fireworm visiting in the Gulf of Mexico. After posting video of her rare catch online, she's gotten attention from media outlets across the country and even world.

With Spring Break around the corner, area water enthusiasts hope the fireworm doesn't move any farther away from home -- and closer to the Coastal Bend -- than it already has.

If so, though, Corpus Christi fisherman Errick Rangel has a plan of action should he ever hook a fireworm.