Fire breaks out at apartments on Saratoga Blvd. 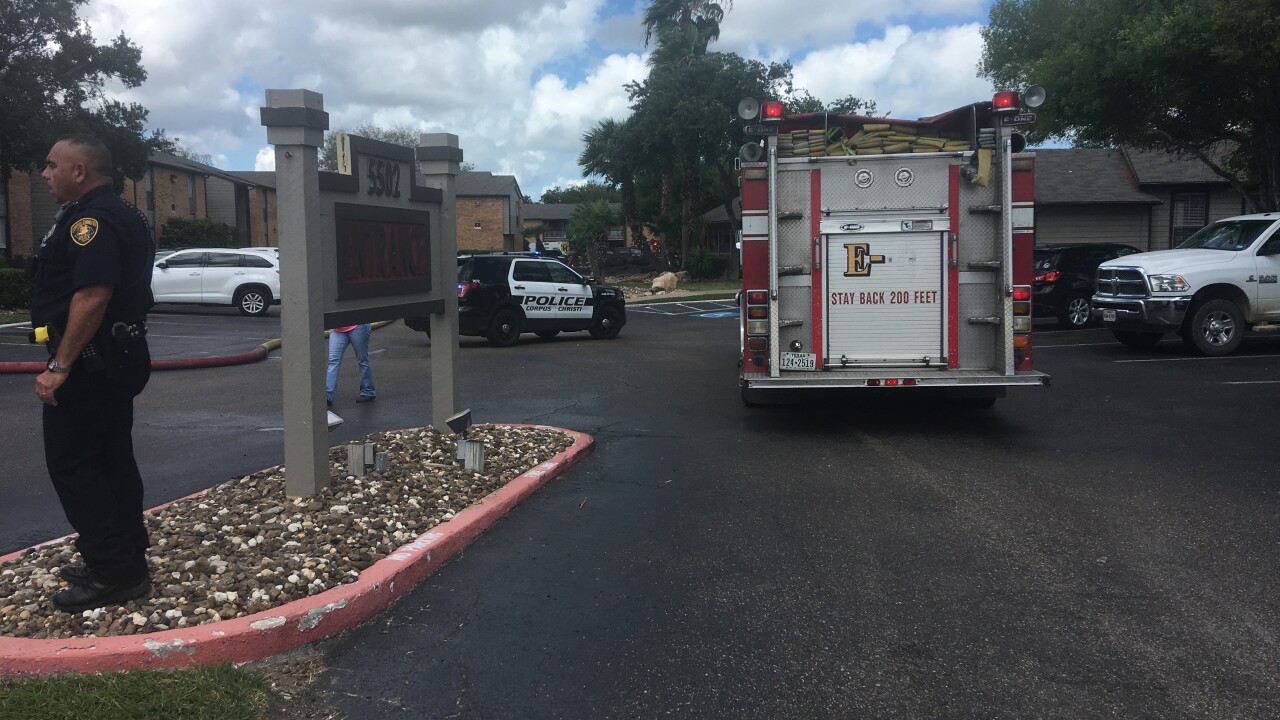 Dennis Kingsbury
A fire broke out at the Country Club Manor Apartments on Saratoga on Monday. 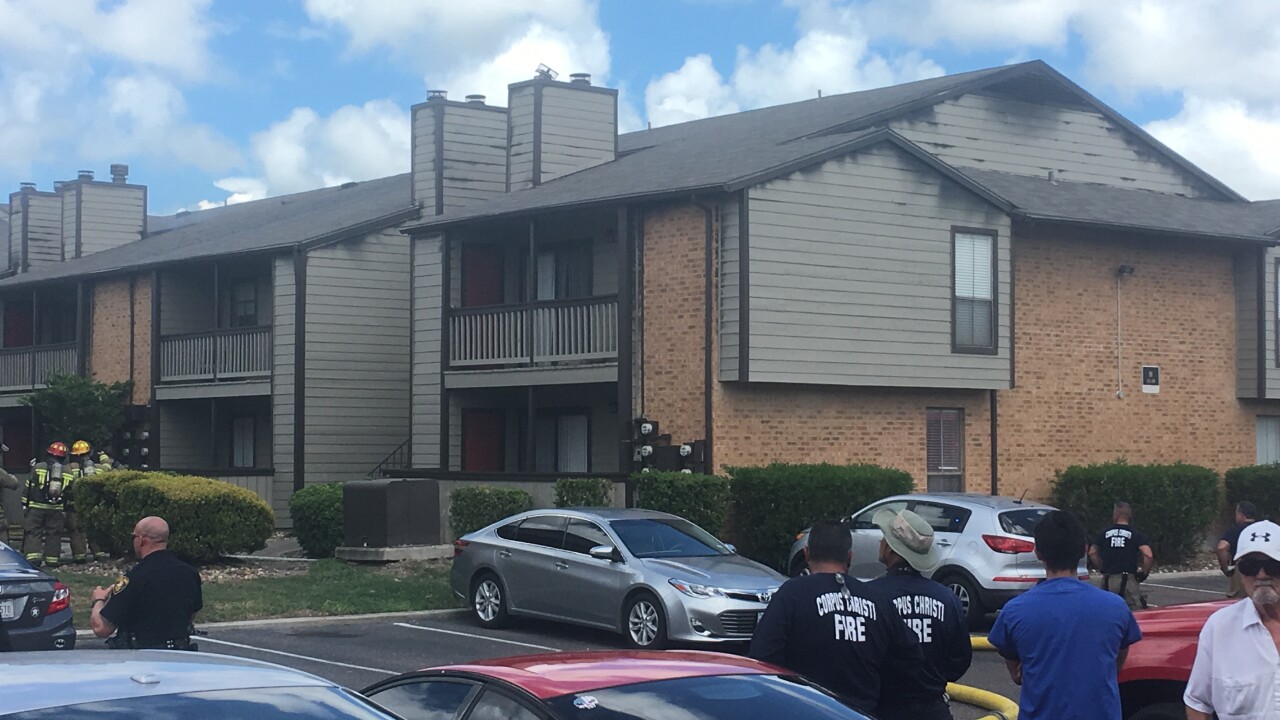 CORPUS CHRISTI, Texas — The Corpus Christi Fire Department responded to a two-alarm fire at The Summit apartment complex in the 5500 block of Saratoga Blvd. shortly before 2 p.m. on Monday.

Firefighters were able to contain the blaze, which filled the air in the Country Club Estates area with the smell of smoke, within 45 minutes.

"They were able to recognize that it had gotten to the attic, so they put units on both sides of the fire," said Fire Marshal Randy Page. "So they were able to contain the fire without it running the whole length of the building."

Page said when firefighters arrived, heavy smoke and flames were visible from the middle of the roof line.

Page was unable to say how many units were affected.

"Pretty much that whole building is probably gonna be displaced just because … if it there’s no fire damage, it has smoke damage," he said.

A second alarm was pulled after the first unit arrived on-site.

"With this heat today, it’s very hot in there so we have to rotate crews in and out more quickly," he said. "But overall they’ve done a good job."

The cause of the fire is still undetermined.

"As soon as it’s safe to go inside, we’ll have our investigators go inside and start the process of seeing if they can determine what caused the fire," he said.

No injuries to people have been reported, but Page said there were reports of animals inside one of the units that they were investigating.