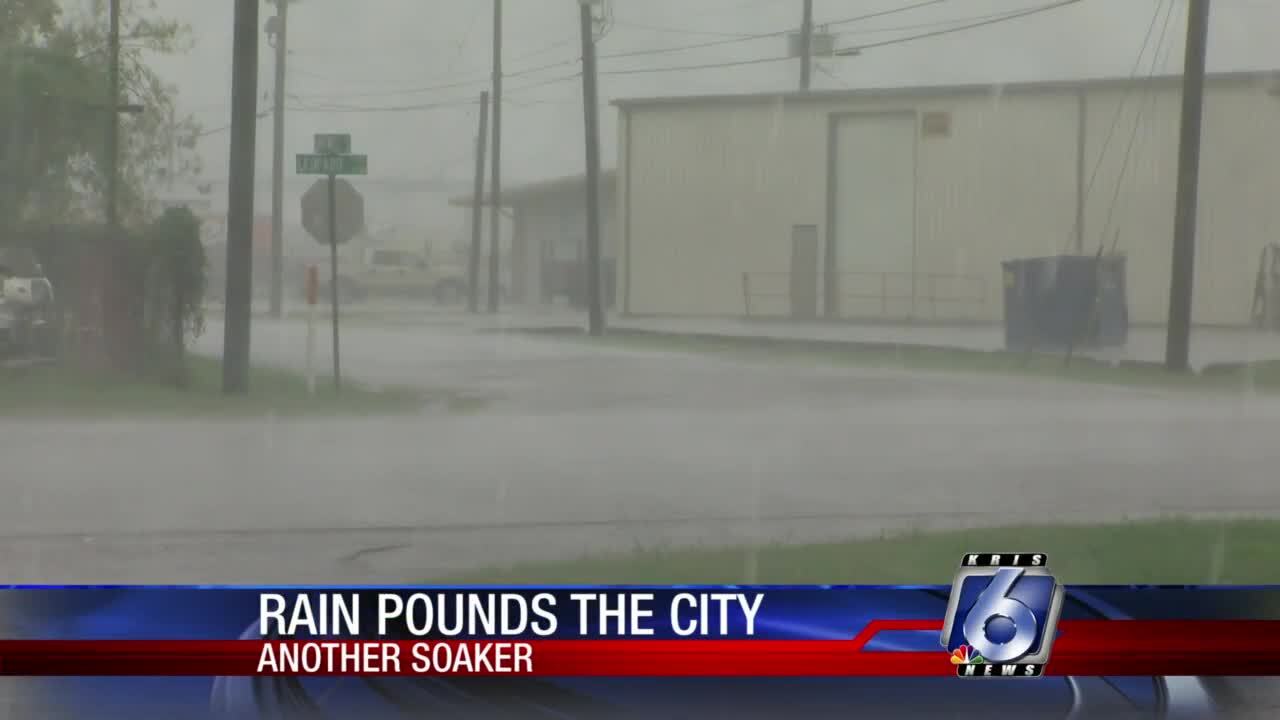 Most of us saw it or heard it.

An unlucky few had to drive through it.

The downpour hit the city around lunch time and it came down in buckets.

This is what the area of Leopard and Cantwell looked like when the rain was at its worst.

It didn't stop city government but it made it a bit slippery.

The RTA bus stop near City Hall became a temporary shelter during the downpour.

Duck and cover was about all these folks could do while they waited for the rain to dissipate.