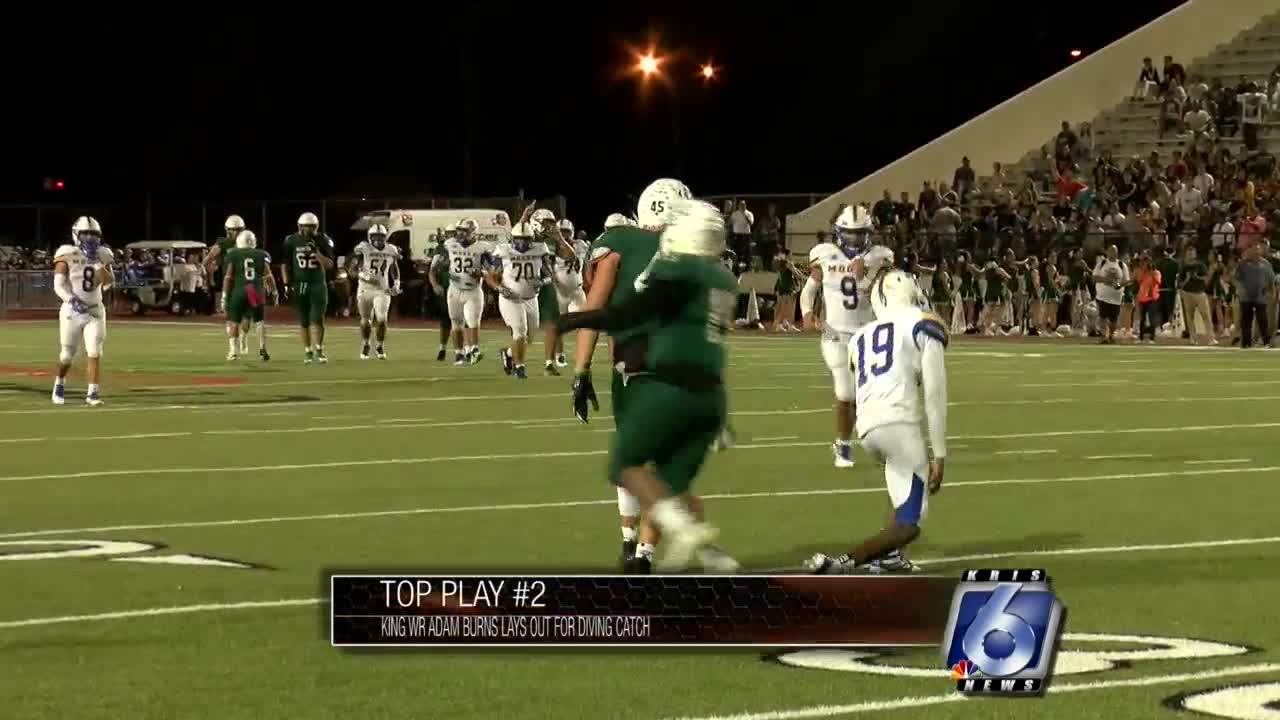 CORPUS CHRISTI, Tx. — Week five of the high school football season is in the books and what a wild week it was. A power outage at the Game of the Week caused close to a two hour delay between Port Lavaca Calhoun and Gregory-Portland. Calallen proved that they are still the team to beat in the district while the Alice Coyotes are looking more and more dangerous each week and the Flour Bluff Hornets and Miller Bucs are on a collision course for a huge game.

It was a fun week of football and like always plenty of great performances to go through and crown our top three plays of the week five.

3. Alice has been the surprise team of the season and a big reason for their success has been the high powered offense. Facing off against Tuloso Midway and just a few seconds remaining in the first half, Alice's Waylon Moore breaks a couple of tackles and punches in a massive touchdown. Alice defeated Tuloso Midway 50-13 and move to 4-0 on the season.

2. A big game with major implications in the season took place at Buc Stadium on Friday night. The King Mustangs and Moody Trojans squared off as both teams were sitting at 1-1 in district. King trailed 20-13 with time running down in the first half. With the Mustangs driving, quarterback Benjamin Stewart lobbed up a beautiful pass and his receiver Adam Burns laid out to make the spectacular diving grab. King would go on to score on that drive and take 21-20 lead into the locker room. Moody rallied to score 22 unanswered points in the 2nd half and win the game 42-21.

1. Gregory-Portland trailed Port Lavaca Calhoun 14-0 right out of the gate in our marquee matchup. It was looking like the Sand Crabs might run away with this one early but like rain during a drought, points came for the Wildcats right when they needed them. On the ensuing kickoff Christian St. Romain decided the offense wouldn't need to take the field and took it 95 yards to the house! It was a huge spark the Wildcats would get more points tying the game at 14, but unfortunately the power outage hit and took the spark out of the Wildcats; they went on to lose 56-34.