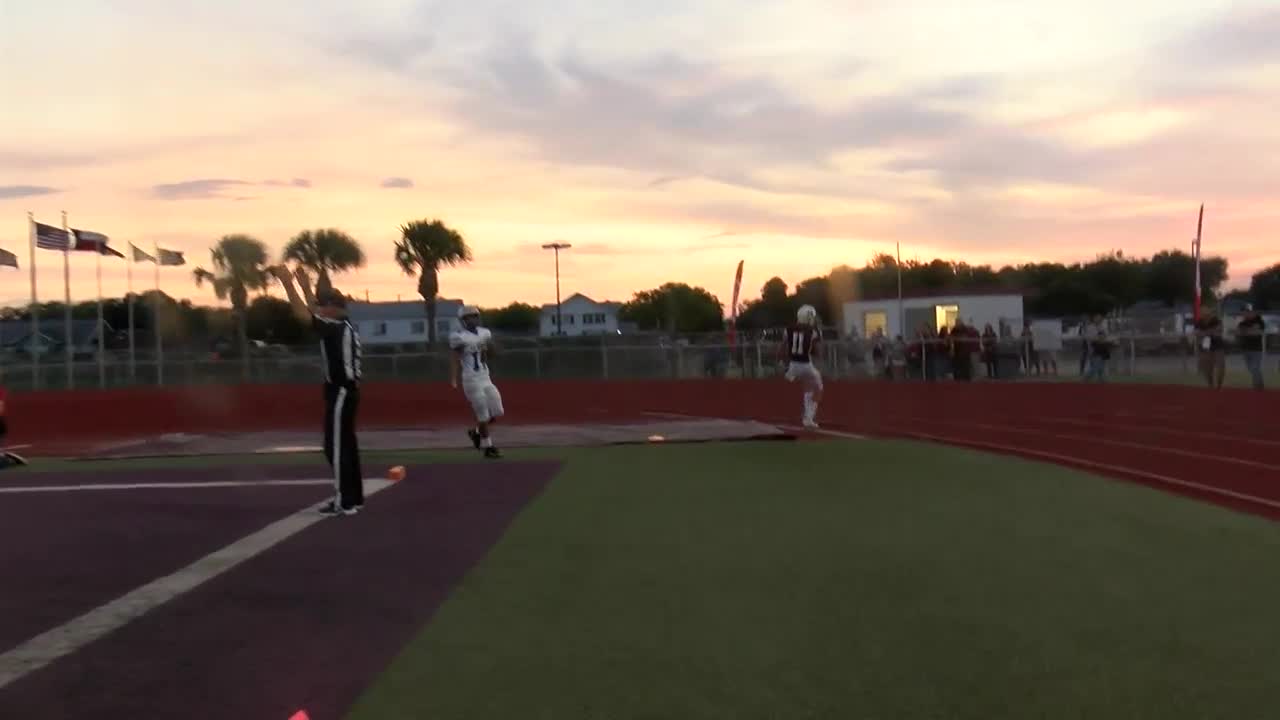 CORPUS CHRISTI, Texas — Another football season is in underway in the Coastal Bend and with that begins the yearly tradition once again... our weekly top plays!

3. Miller quarterback Andrew Body was nearly perfect in the Bucs' first game against San Antonio Highlands. The Bucs defeated the Owls 79-0... no you did not read that wrong. Andrew Body, the junior, led the way and one of the best balls he threw all night was the dime that landed right in the arms of his receiver Cassius Clay.

2. A new era of Sinton football began last night as new Head Coach Michael Troutman took the field for his first career game as the lead man. The Pirates fell to a very good La Vernia Bears team 48-26 but the Pirates did show flashes of potential. Jackson Allen had a beautiful touchdown grab in the corner of the endzone and managed to keep both feet in bounds during the act.

1. St. John Paul II hit the road to take on the Taft Greyhounds to start 2019. There was not much offense as the Centurions came away with a 14-0 victory. While the score remained low, Josh Gidrey was everywhere. The running back torched the Greyhounds including to of the most acrobatic plays we've seen. First a beautiful hurdle of a defender and secondly a juke so nicely executed it made my ankles hurt watching it.

Congrats to our opening week top play recepients. We will have top plays every week for the rest of the 2019 season!