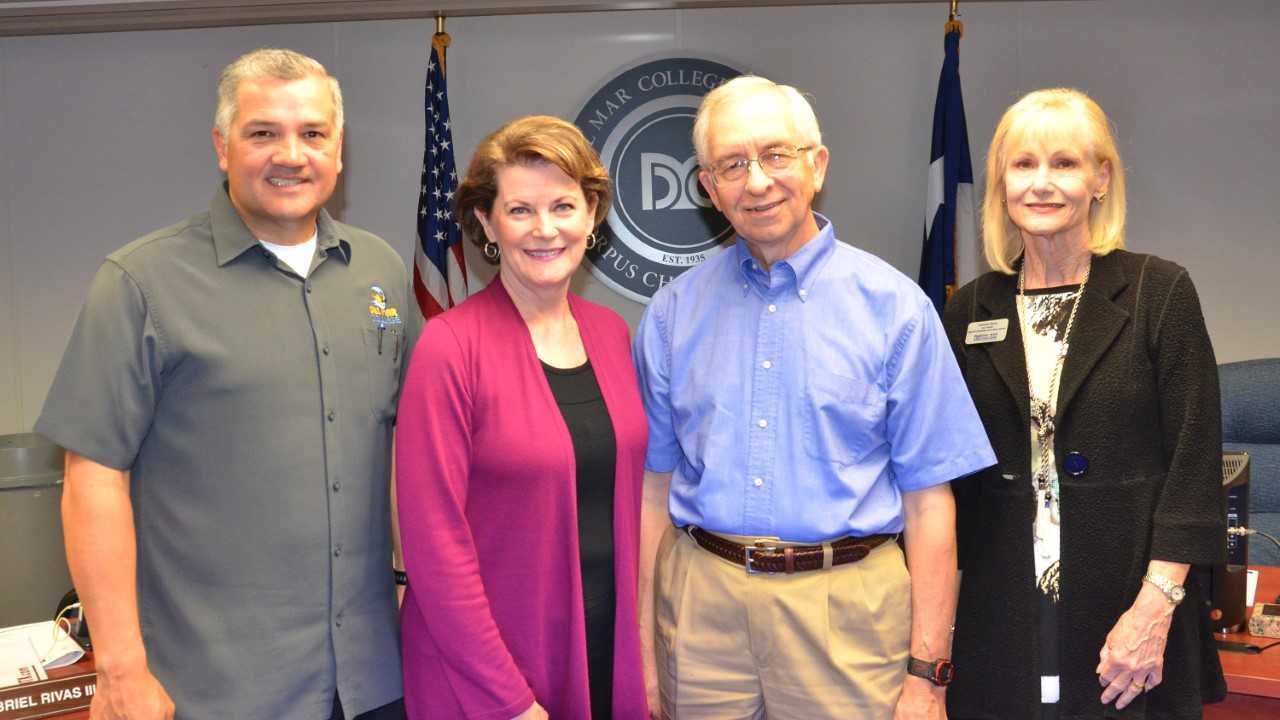 During the June 2019 Board of Regents meeting, DMC President and CEO Dr. Mark Escamilla (left), Board of Regents Chair Carol A. Scott and Vice President of Workforce Development and Strategic Initiatives Lenora Keas (far right) joined forces to recognize Professor of Radio and Television Mac Aipperspach (second from right) as the Texas Association of Broadcasters’ Educator of the Year for which he will receive an award during the organization’s conference and gala Aug. 8 in Austin. (Photo credit: DMC College Relations Office)

CORPUS CHRISTI, Texas — The Texas Association of Broadcasters will be honoring Mac Aipperspach at its annual awards gala Thursday in Austin.

Aipperspach is a professor with the Del Mar's Communications, Languages and Reading Department and the Radio and Television program.

He began his broadcast career in 1972 on-air at John Brown University's campus radio station. He later became the station manager.

After graduating, Aipperspach worked at KAMO radio in Rogers-Bentonville, Ark., and then at Texas stations KBUD in Athens and KPAN in Hereford. Upon completing his master’s degree in Radio, Television , Film at the University of North Texas, he landed a teaching position in 1981 with Del Mar’s Radio and Television Program, which started the previous year.

Many of his students have gone on to have successful careers in the broadcast industry.

"To have your colleagues nominate you even while you're still teaching, that's quite an honor." Aipperspach says.

There are five prestigious awards being presented at tomorrow's gala: