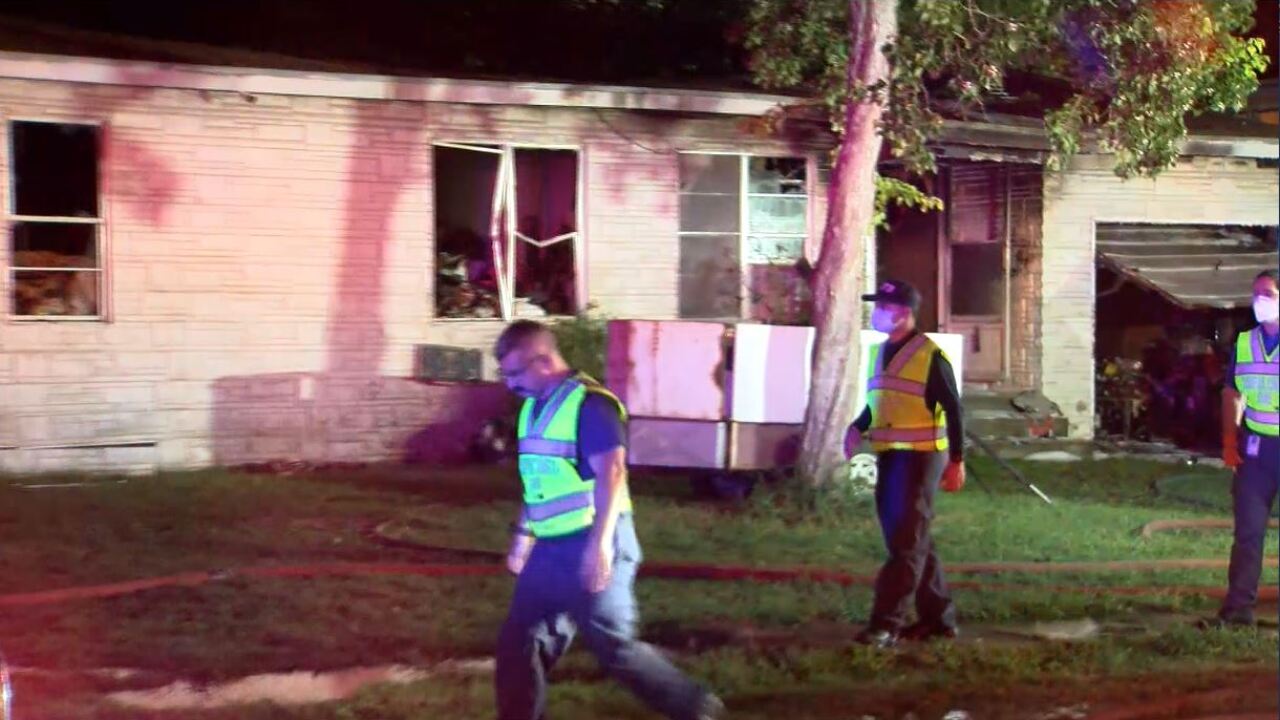 CORPUS CHRISTI, Texas — A Corpus Christi man is without a home Saturday morning after it was destroyed in a fire. The man managed to escape the blaze but may have lost his dog in the fire.

The fire broke out around 8:30 p.m. at a home on Crescent Drive near Airline and McArdle Roads. A neighbor told KRIS 6 News that the owner was alerted to the fire by his dog. A faulty home appliance may be to blame.

"It's still undetermined at this point but it's looking like a dryer malfunction that caused the fire to spread to the attic space and then it moved across the attic," said Robin McGill with the Corpus Christi Fire Department Battalion 3.

McGill told KRIS 6 News crews spent an hour and a half controlling the massive fire before it could spread to neighboring homes. The fire reached the attic then spread through across making it difficult and dangerous for firefighters to get inside the home.

"The major challenge that we have with this one is that the neighboring houses were exposed and that was a real threat for jumping from one house to the other house."

None of the neighboring houses were damaged and no major injuries were reported. The homeowner suffered smoke inhalation but was treated on the scene.

The owner's dog of ten years is still unaccounted for. The neighbor tells us it may have been trapped inside.