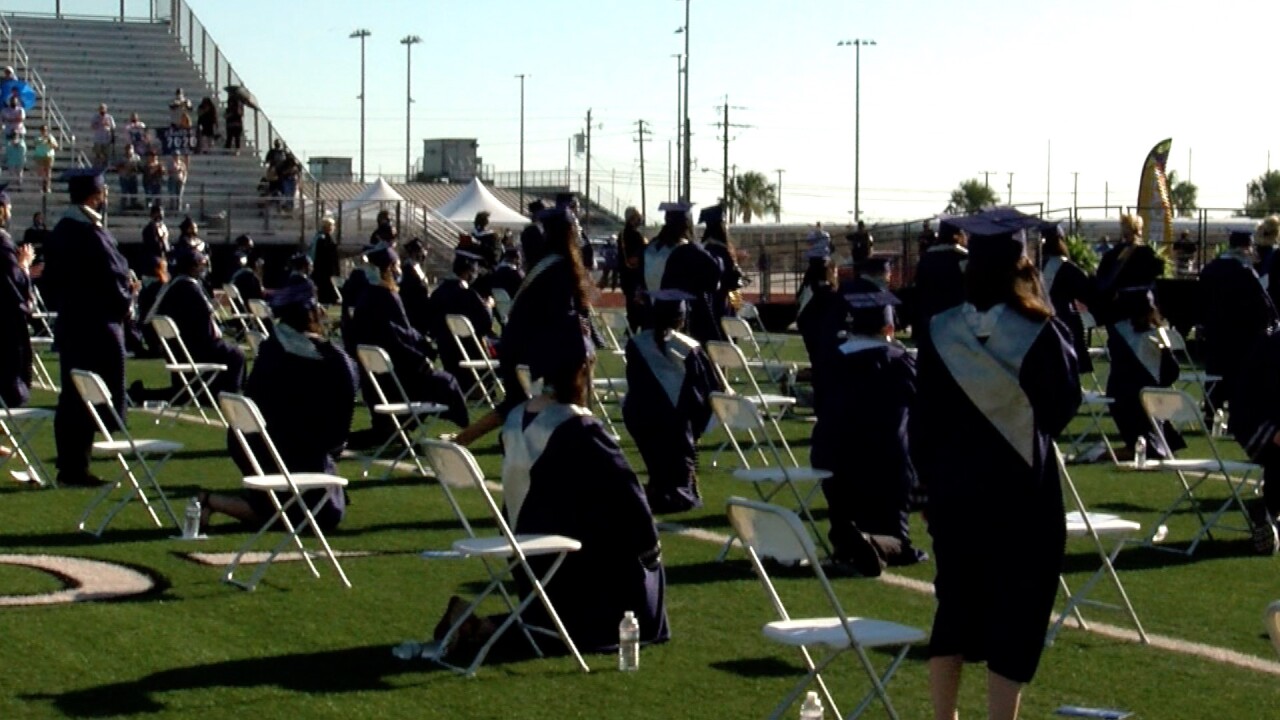 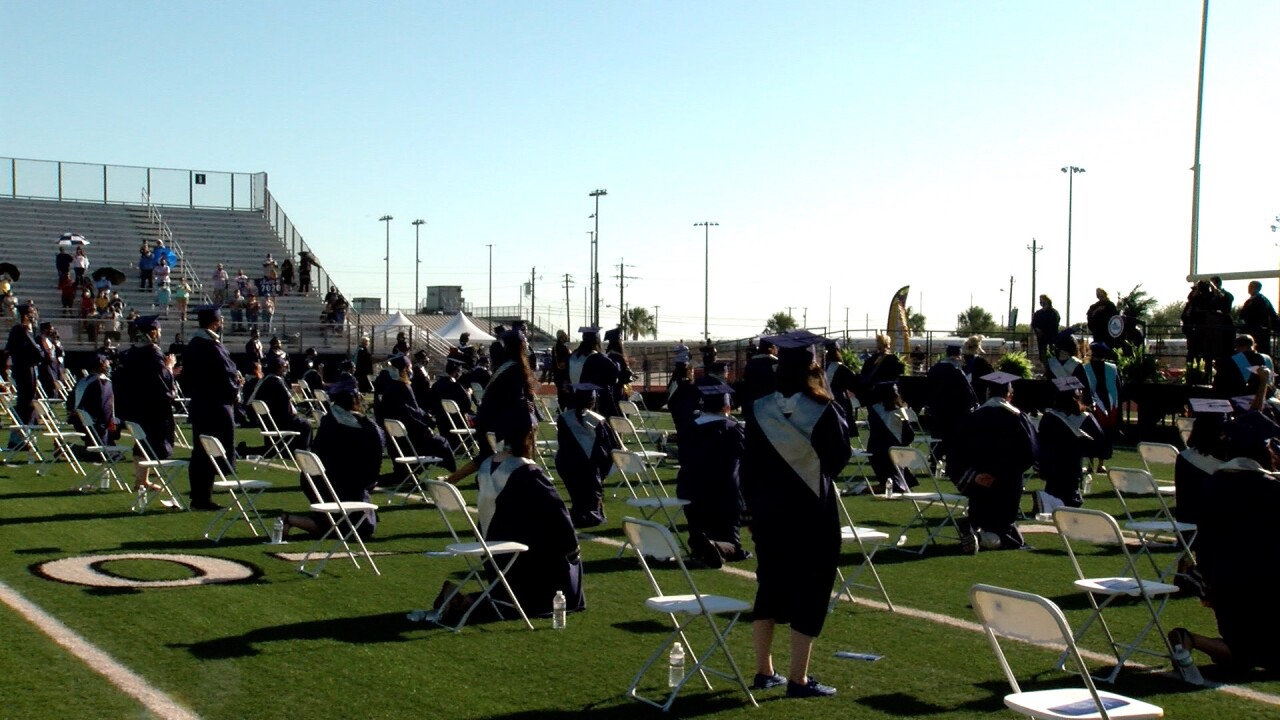 Most, but not all, of the students were seen spread out from their socially distanced spots on the field kneeling during the national anthem.

Protesters and law enforcement officers across the country have been seen taking a knee since George Floyd was allegedly killed while in police custody May 25.