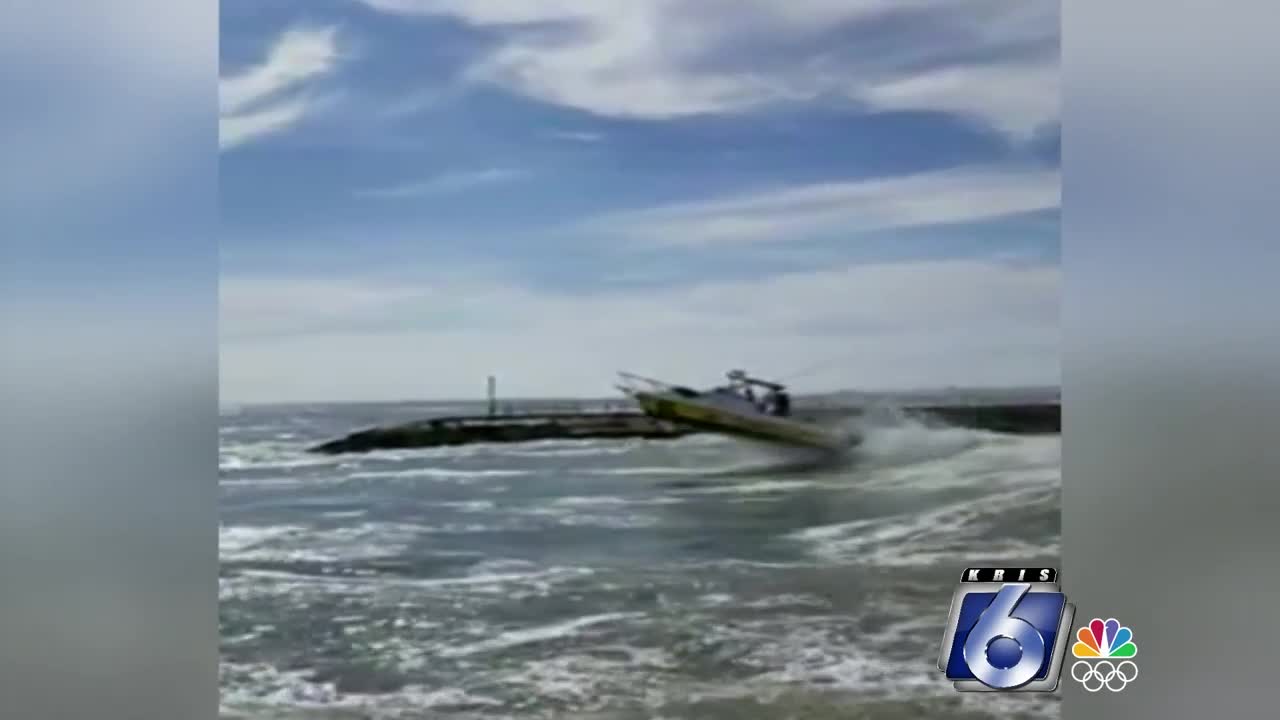 And they say it is only going to get busier.

But this January has been anything but slow. Last year and the year before that, there were only two water rescues in January.

Since the start of 2020, rescue crews have already saved nine people.

You can see large waves in this video from Sunday afternoon when a boater got into trouble about a mile East of the Packery Jetties in the Gulf. This shows the sea tow boat that went out to assist the boater.

"We've seem to have boaters that are new to the area and inexperienced with our waters." Scott said.

In Sunday's incident, the rescuers said the boater didn't have enough experience to handle the rough water.

The captain of the sea-tow boat helped guide the other boat through the jetties to safety.

That was only one of several rescues this weekend.

"The dispatch center pinged the tower that they called 911 on and it showed them being off Laguna Shores near Humble Channel, so we moved our search that way." Scott said. "We found them and brought them to shore."

And another one early Sunday morning.

"Make sure you have a cell phone that's fully charged and in a water tight case in case you end up in the water."

He says you should always check the weather before heading out.

Something fisherman, Gene Gianotti says he is sure to do.

"You can get into a bad situation quick, especially if the winds are really high, gusting into the 30s or 35." Gianotti said. "That's not a good place to be."