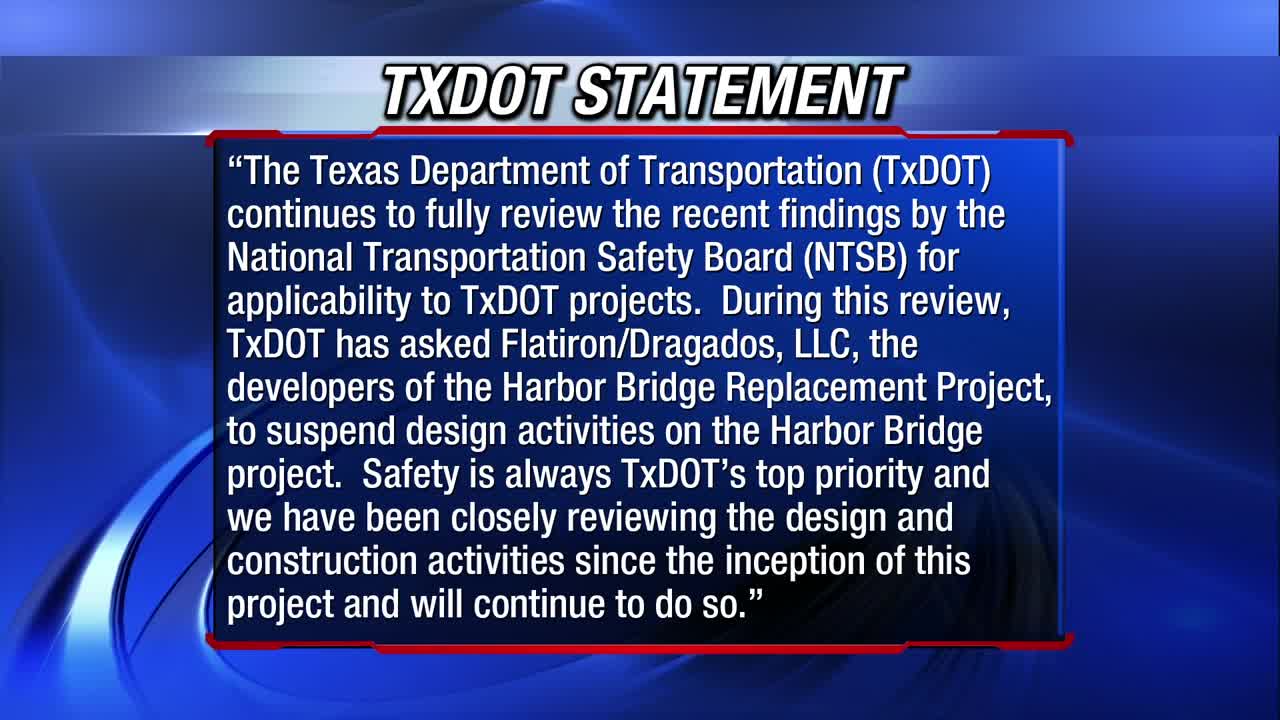 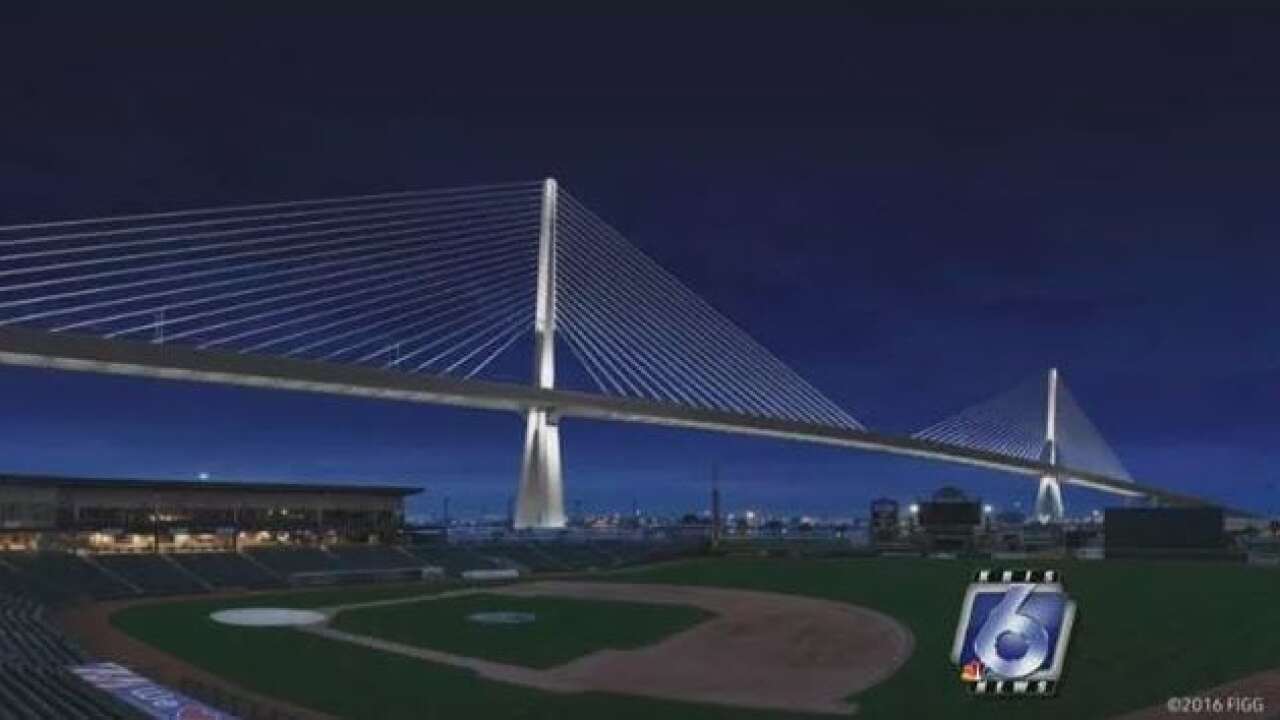 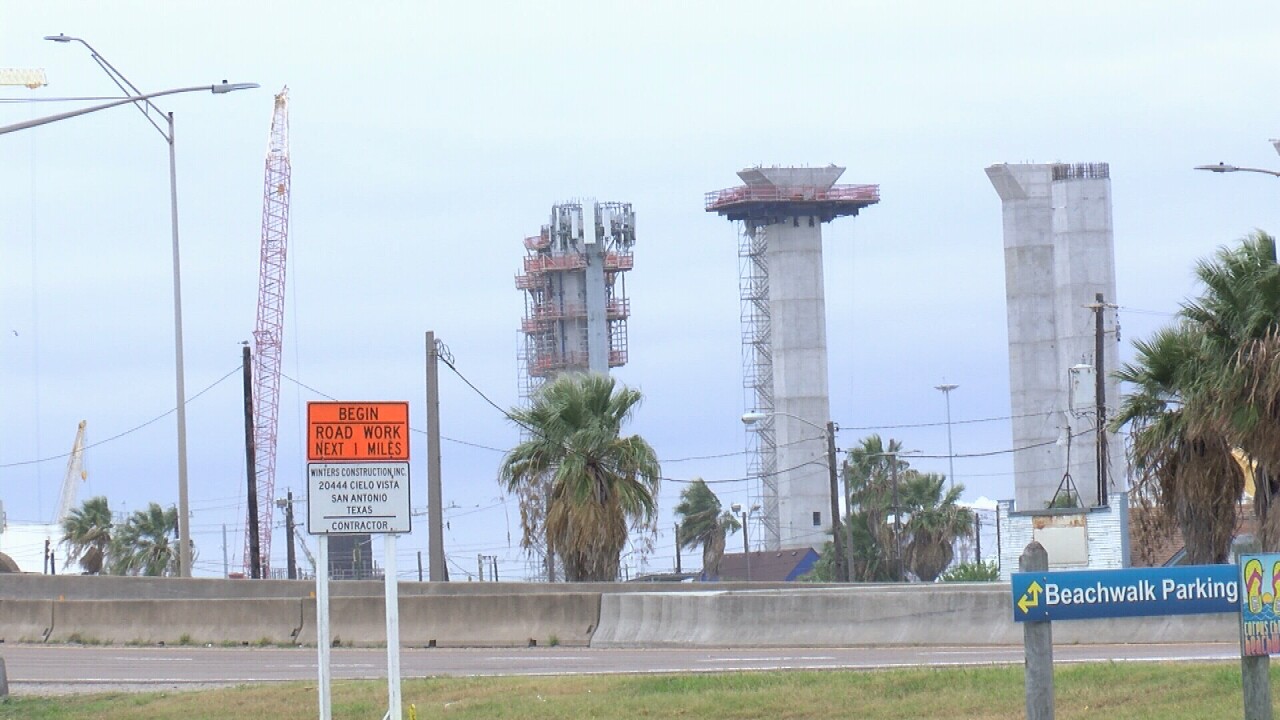 The Texas Department of Transportation released a statement Thursday evening confirming design of the new Harbor Bridge has been "suspended."

The release comes after KRIS Communications made inquiries into reports that the FIGG Bridge Group, the firm charged with designing the new Harbor Bridge, had been removed from the project.

“The Texas Department of Transportation (TxDOT) continues to fully review the recent findings by the National Transportation Safety Board (NTSB) for applicability to TxDOT projects," the release reads. "During this review, TxDOT has asked Flatiron/Dragados, LLC, the developers of the Harbor Bridge Replacement Project, to suspend design activities on the Harbor Bridge project."

There is no word on how long design has been suspended, or for how long the move further delays the bridge's construction.

Last month, the National Transportation Safety Board determined that "load and capacity calculation errors made by FIGG Bridge Engineers, Inc., are the probable cause of the fatal, March 15, 2018, Florida International University pedestrian bridge collapse in Miami."

It decided that design flaws by FIGG, and later corrective efforts by FIGG to address cracking in the bridge, ultimately led to it failing.

That pedestrian bridge was 174 feet long. The new Harbor Bridge's main span length is designed to be 1,661 feet.

"The restressing ... was a manipulation ... to address structural cracking of unknown origination constituting a change to the FIGG design and should have been independently reviewed by a professional engineer before being implemented," the report reads.

TxDOT's decision to reconsider its design direction for the new Harbor Bridge comes just less than a month after the NTSB delivered its findings.

“Safety is always TxDOT’s top priority and we have been closely reviewing the design and construction activities since the inception of this project and will continue to do so,” reads the release.

Last month, TxDOT announced delays in the construction of the bridge would put its completion date sometime in early 2023. A previous expected finish date was set for 2021.

This is a developing story. Check back with KRISTV.com for updates.