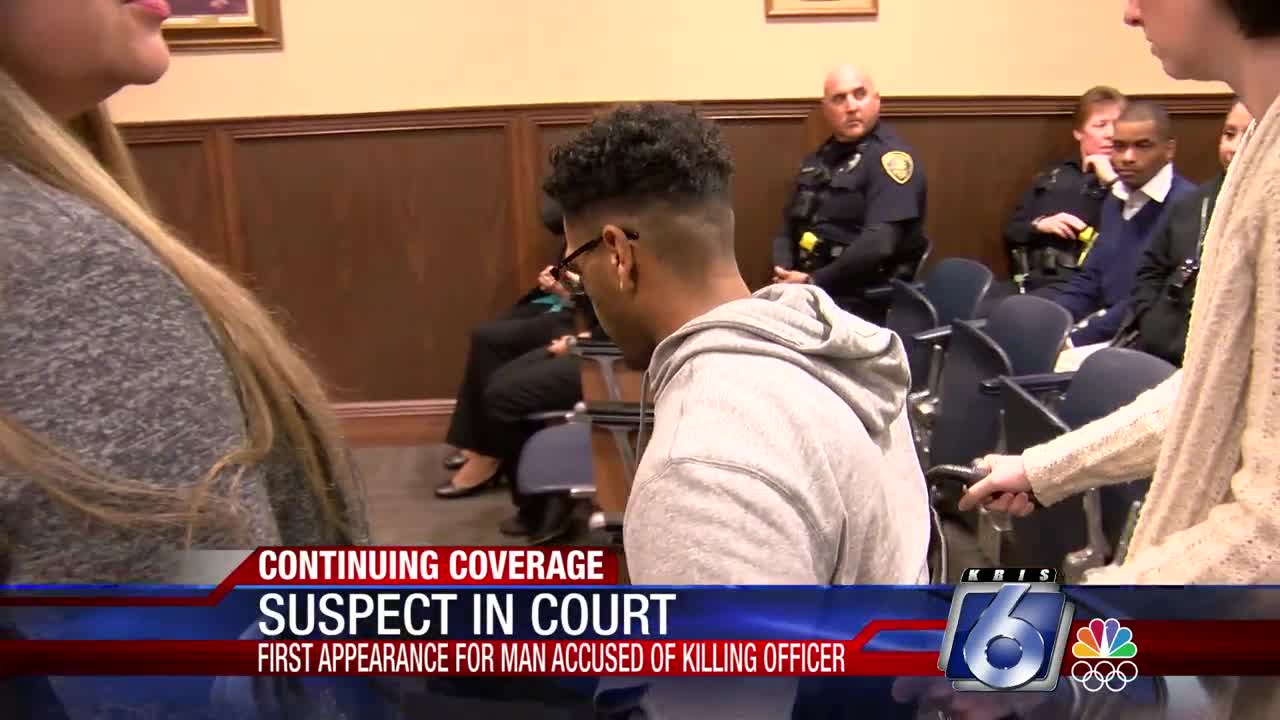 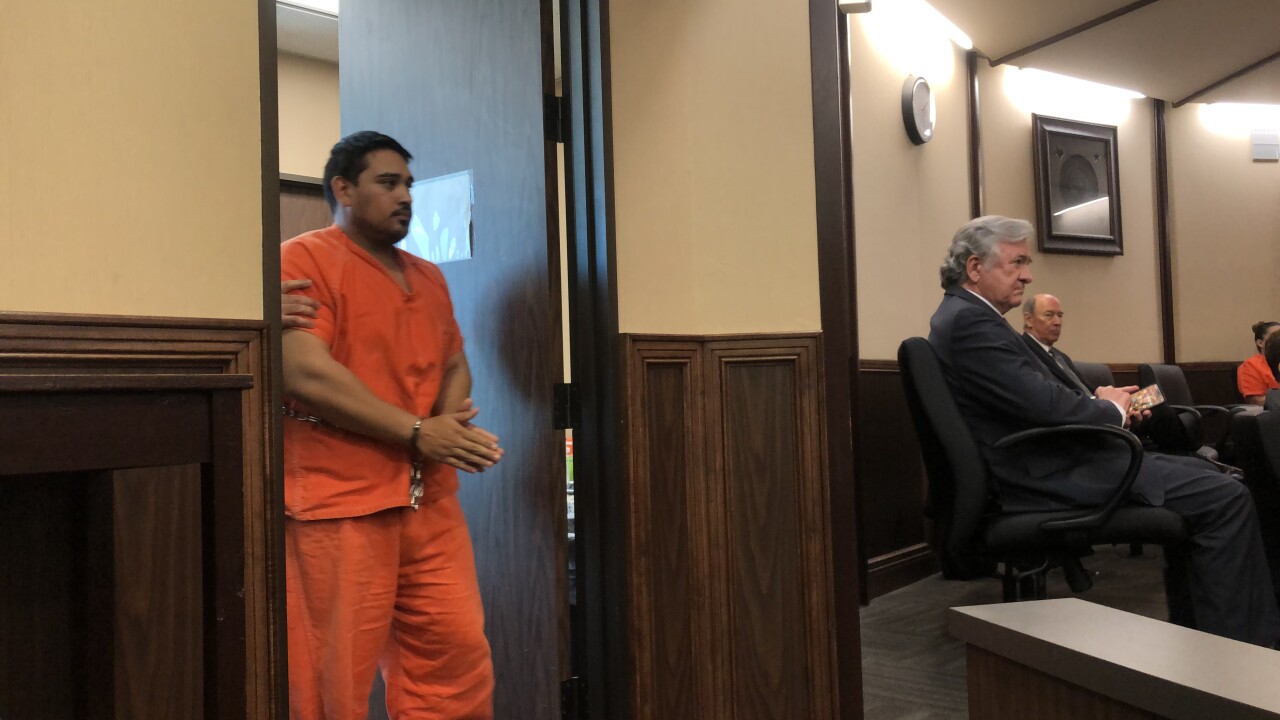 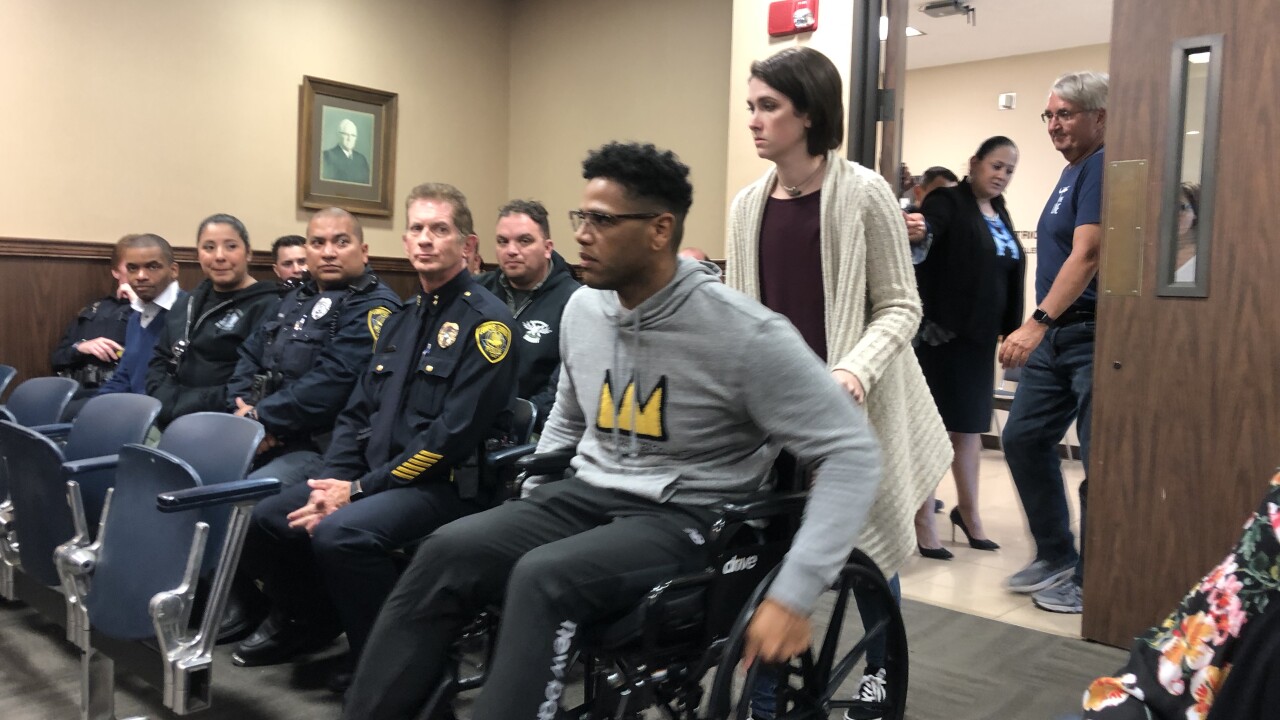 Michelle McCollum was seated in the front row of the 94th District Court Thursday, along with Corpus Christi Police Officer Michael Love and his wife, as the man accused of upending their lives made his second appearance in court.

Brandon Portillo was without counsel when he was magistrated a week ago. He left his first appearance in Judge Bobby Galvan's court Thursday having been assigned William Patrick Delgado to represent him. Galvan said Delgado will visit his client in the Nueces Co. Jail, where he has been since Jan. 31, in the next few days.

Corpus Christi Police Officer Alan McCollum's widow vowed during her husband's funeral last Thursday that it would become her mission to make sure her children know their father didn't die in vain.

"Very soon and you will hear me roar like a lion," she said. "I will be relentless in my pursuit for justice for my husband. I will never quit when it comes to pursuing new laws for these types of tragedies. I am a survivor, not a victim, and i don't want any pity."

That journey began Thursday in the 94th District Court, surrounded by her husband's colleagues.

Love, who still requires use of as wheelchair, was wheeled in by his wife.

Portilo's bond is set at $1.5 million, and he is currently charged with intoxication manslaughter, intoxication assault and driving with a suspended license after driving the truck that reportedly killed McCollum, and severely injured Love during a traffic-stop incident.

This is a developing story. Check back with kristv.com for updates.