In the lawsuit Quintanilla filed in December 2016, he claimed Perez violated a contract he signed that gave the Quintanilla family the trademark and copyright rights of Selena’s name, voice, signature, photograph or likeness. In exchange, Perez agreed to receive, among other things, 25-percent of the net profits derived from the exploitation of the Entertainment Properties.

In the lawsuit, Quintanilla claims Perez breached the contract when he published a book entitled “To Selena with Love”. Perez, along with his production company Blue Mariachi Productions and Endemol Latino, were planning to produce a T.V. series based on the book. In the lawsuit, Quintanilla requested that Endemol Latino cease any and all activities based on the book.

Quintanilla is also asking Perez to pay him $1 million and pay for his attorney fees.

The lawsuit was filed in the 148th District Court, which was Judge Guy Williams’ court at the time. The defendants include Chris Perez, Blue Mariachi Productions and Endemol Latino. 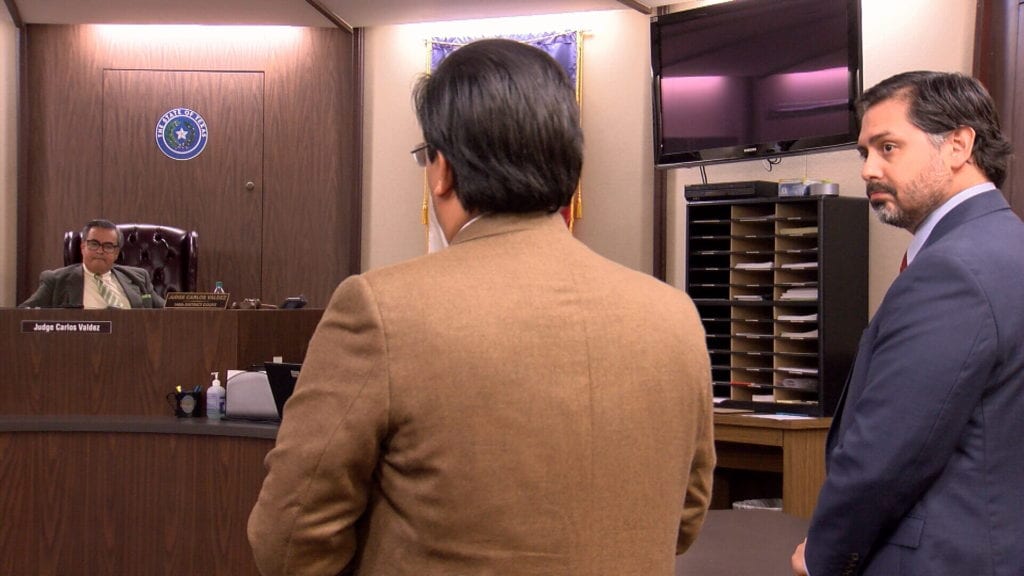 A status hearing was scheduled in this case this afternoon in the 148th District Court, which has been run by Judge Carlos Valdez

At the beginning of the hearing, Valdez announced he was the Nueces County District Attorney when Selena was killed and he prosecuted Selena’s killer, Yolanda Saldivar in October 1995. He also said he has known the family for more than 25 years.

He told the attorneys he felt he could be impartial in this case but if they wanted him to recuse himself to let him know.

After the hearing, Hector Canales, the attorney representing the production company Endemol Latino told KRIS 6 News he was planning to file a motion to have Valdez removed the case.

The court told him the case would be reassigned to another judge within two days.

Meanwhile, the next hearing in this case is scheduled for May 6 at 11:30 a.m.