The way people vacation has changed throughout the years. One popular trend that continues to grow, is rv camping. Port Aransas is home to several rv parks, and one in particular is causing some concern for the Director of Coastal Parks.

The rv park at I.B. Magee beach was wiped out during Hurricane Harvey, and Coastal Parks is working hard to get it back up and running. Director of Coastal Parks, Scott Cross, says “we’ve got to get that revenue coming back in, it is critical to this county, that park right there grosses over a million dollars a year, and with it being closed you can imagine the impact.”

Cross states that it will cost between two and three million dollars just to rebuild the existing footprint. He says not only is this a top priority for Port Aransas, but for the county as well. Cross says revenue from Balli Park helps, but during the winter, I.B. Magee rv park has a 92% occupancy rate, “we feel it, it hurts,” he says.

Plans to break ground on the I. B. Magee Beach rv park will not happen until the end of summer. Cross is actively working on funding for the park.

Cross says an estimate of 7.5 million people go to Magee beach, annually. Luckily, other rv parks around town are full. 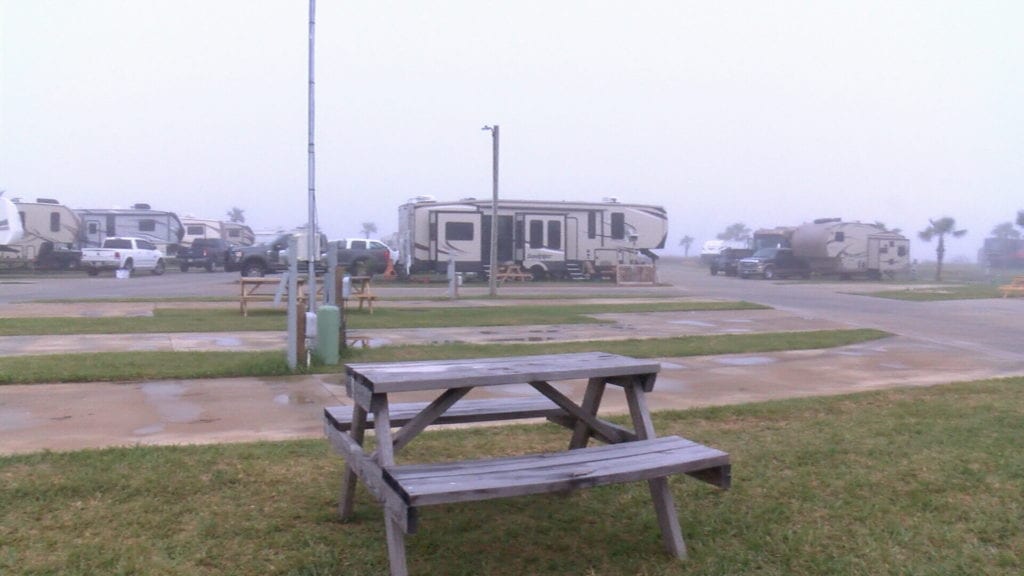 Port Aransas RV Resort state they had a great year leading up to spring break.
“This year is probably the busiest year that we’ve had, especially compared to last year right after the hurricane,” says Office Manager, Duke Earwood.

Earwood said that on the Friday leading up to spring break, they had 30 plus check-ins. “That will fill us up for basically the next week and a half to two weeks,” he says.