District Court Judge Inna Klein has ruled retired Corpus Christi Police Department Officer Tommy Cabello has violated his bond and ordered him to move out of his girlfriend’s home in the next 72 hours. 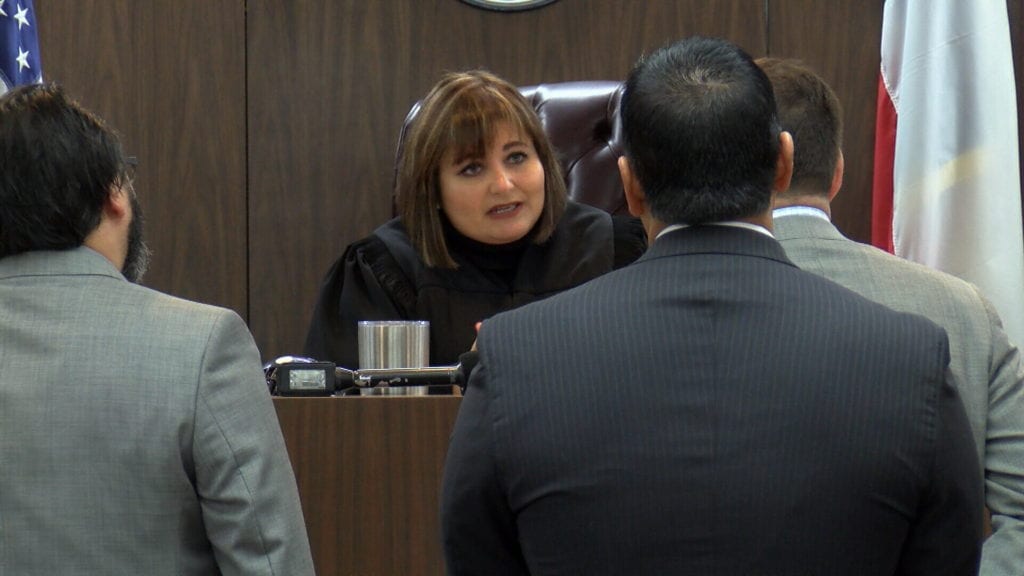 Cabello is out on bond after being accused of taking part in a domestic disturbance with his estranged wife at her home in Robstown in November.

Judge Inna Klein called for an emergency hearing for this morning after learning that Cabello is living with his fiancee, CCPD Officer Norma Deleon.

Prosecutor Reynaldo Pena said on November 29, Deleon went to harass the father of Cabello‘s niece. He also said Deleon is a witness in a separate incident involving Cabello and his estranged wife.

One of Cabello‘s pre-trial conditions is to avoid people with harmful character.

Cabello‘s attorney Nathan Burkett said even though Deleon was under indictment, that’s no evidence of guilt. He asked the judge that Cabello be allowed to remain in the same home as Deleon.

In the end, Judge Klein ruled Cabello violated his bond and ordered him to move out of Deleon‘s home within three days.