A Corpus Christi man is facing several charges after he allegedly tried to evade police.

The wild chase began around 1:30 p.m. Saturday along the 4800 block of Weber Road. Police say they tried to pull over a truck, but the vehicle sped away, running red lights.

Officers later saw the truck abandoned in the 4900 block of Monitor Street. Police officers were told by residents a man and a young child were seen running away from the vehicle and got into a white car.

Investigators said a foot pursuit began and the two suspects were arrested.

Senior Officer Travis Pace, with the Corpus Christi police department, said a child that was with Maldonado had his front teeth knocked out due to fleeing and evading police.

During a search of both vehicles, officers found a bag of cash, counterfeit money, and recovered three guns.

Maldonado was charged with unauthorized use of a motor vehicle,  evading arrest, endangering a child, injuring a child, child abandonment, and forgery.

The child was treated at the scene. 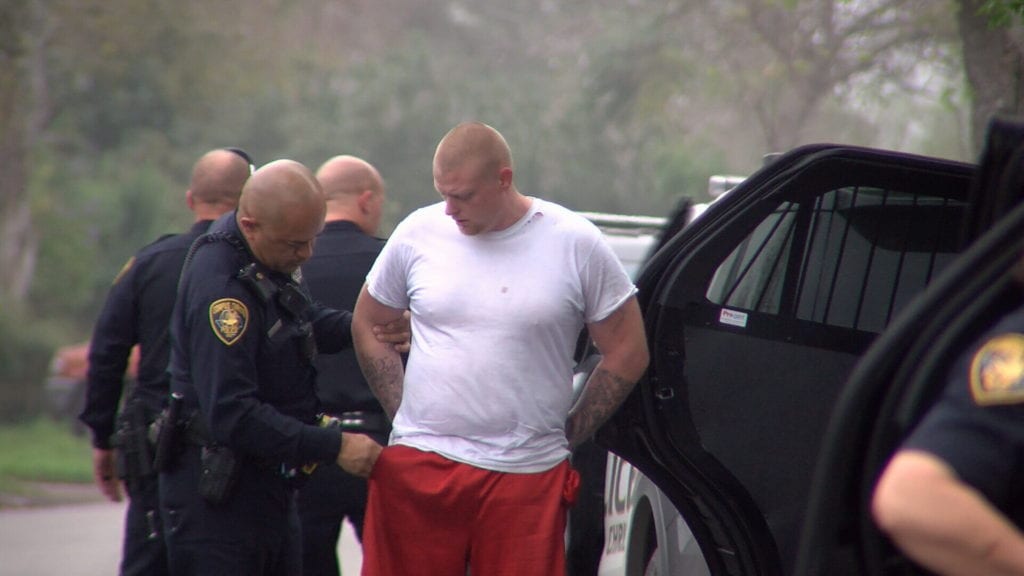