A special surprise at Kolda Elementary brought several people to tears on Friday.

Airman 1st Class Jordyn Rodriguez, who has been stationed out of state for more than a year, surprised his niece, Jazzlyn, by being her date to the last Father/Daughter Dance of her elementary school career.

“They’re very, very close,” Jazzlyn’s mother, Denise, said. “She’s been talking the whole month about how she wished he can come down to take her because it was her last father/daughter dance.”

Unbeknownst to Jazzlyn, who thought her father would be her date for the evening, Jordyn was able to make it to Corpus Christi for the dance. He showed up to the school early and staff members helped hide him inside. When Jazzlyn’s father asked to take photos of her, Jordyn snuck up behind her.

“Jazzlyn,” Jordyn said as he bumped her shoulder. When Jazzlyn realized who was speaking to her, her knees buckled. 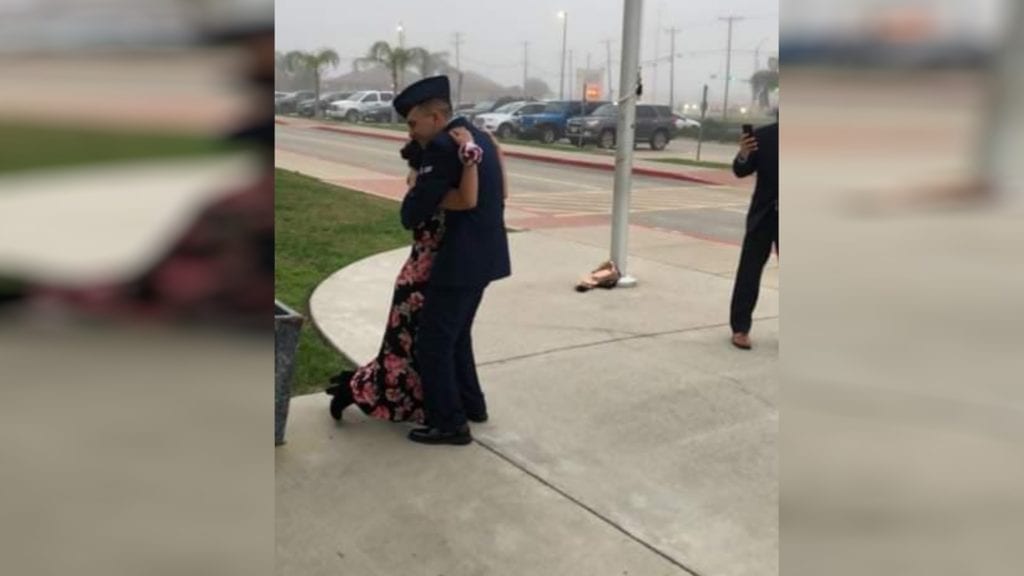 “She thought she was just taking pictures and when she saw him, she just fell into him,” Denise said.

The two had a spectacular evening at the dance, we are told, and Jazzlyn even kept her promise to Jordyn’s wife of “having him home by 10.” 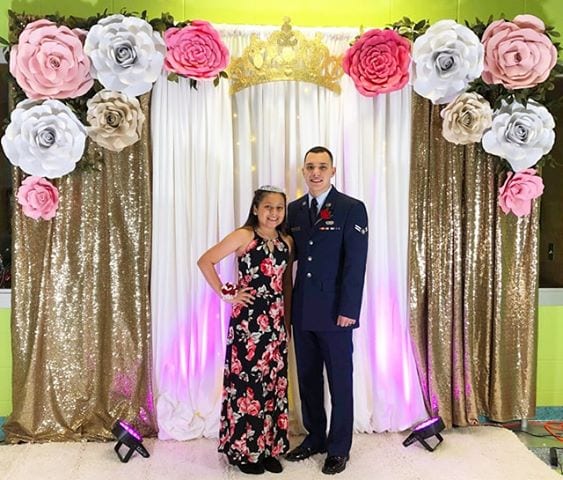 Jordyn is scheduled to leave again for Illinois tomorrow, so the family says they are spending as much time together as they can.

“They used to go everywhere together, she’s really, really missed him,” Denise said. “I’m still crying, I’ve been a hot mess all weekend.”

Jordyn and his wife now are expecting their own daughter, Denise said. The baby girl is due in May. The couple was able to attend a baby shower in Corpus Christi with their family while in town as well.

We wish them all the best in their future endeavors!