Two people were killed and four were sent to the hospital following a head-on collision on Highway 359 about a mile West of Tynan on Monday. 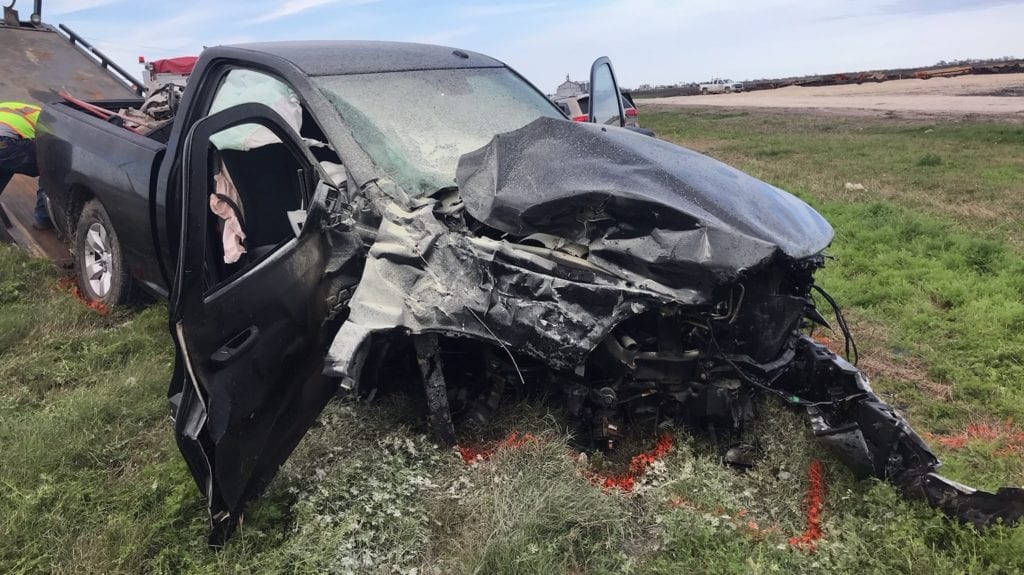 According to Sgt. Nathan Brandley from the Texas Department of Public Safety, the driver of an 18 wheeler was traveling west on Highway 359, and as the truck drove along it began to dump caliche onto the roadway without the driver’s knowledge.

A short time later, a Dodge Ram truck traveling West and a Jeep SUV traveling East hit the caliche. Both vehicles lost control due to the road conditions and hit each other, Brandley said.

The driver of the Jeep, 59-year-old Kenneth Durham, and front seat passenger, 61-year-old Rhonda Durham were killed. Two adults and a 15-month-old who was also in the Jeep were transported to a Corpus Christi Hospital.

The Driver of the Dodge Ram, a 67-year-old man, was taken by ambulance to a Corpus Christi hospital.

Brandley says the highway was shut down for about 90 minutes while crews worked to clear the caliche and the accident.

The driver of the 18 wheeler was cited for not securing his load.