A very pregnant and hungry pig was found wandering around a south side Corpus Christi neighborhood this morning, to the surprise of a local elementary school principal. The pig showed up near Schanen Elementary School around 7:30 a.m.

Though the pig seemed very friendly, the principal, David Crabtree, called CCISD police and kept the students at a distance.

“We were able to give her some fresh fruit and some banana bread and she really seemed to like that,” Crabtree said, “so we got her over here pretty easy this morning.”

The pig was placed “in detention” at the school while officers tried to locate the owner.

“She’s a sweetie and we want to take good care of her, and she loves taking photos,” Crabtree said.

The owner was located about an hour later, and we are told the pig went “wee wee wee” all the way home. 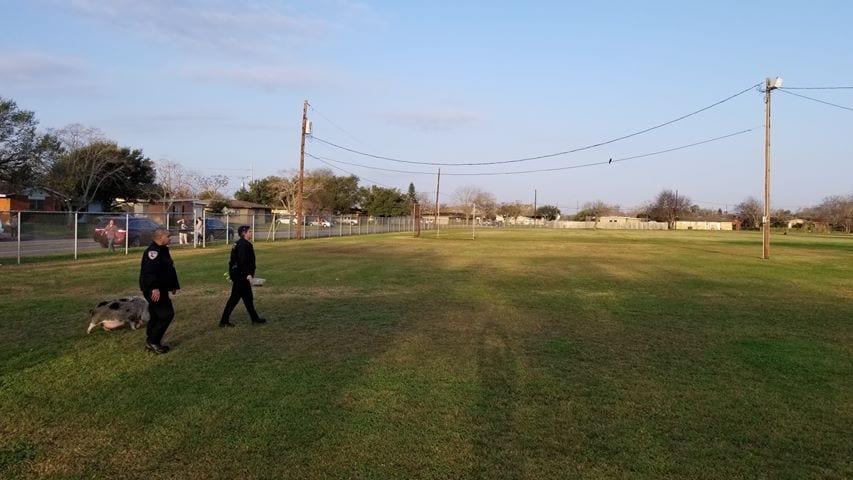