Woman killed while trying to walk across IH-37

A woman was killed after she tried crossing the interstate tonight.

It happened around 8 p.m. on IH-37 between Corn Products and Lantana Street.  Police say she was struck by multiple vehicles.  She was pronounced dead at the scene. 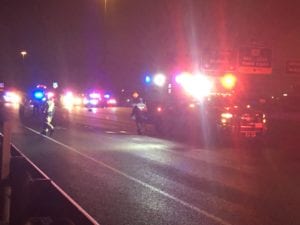 Police say all of the drivers involved in the accident remained at the scene.  As of this evening, none of them will be facing any charges.

The highway where the accident happened has been closed for a few hours during the investigation.