A failed smuggling attempt over the weekend led to Border Patrol Agents in the Rio Grande Valley seizing more than 200 pounds of marijuana. 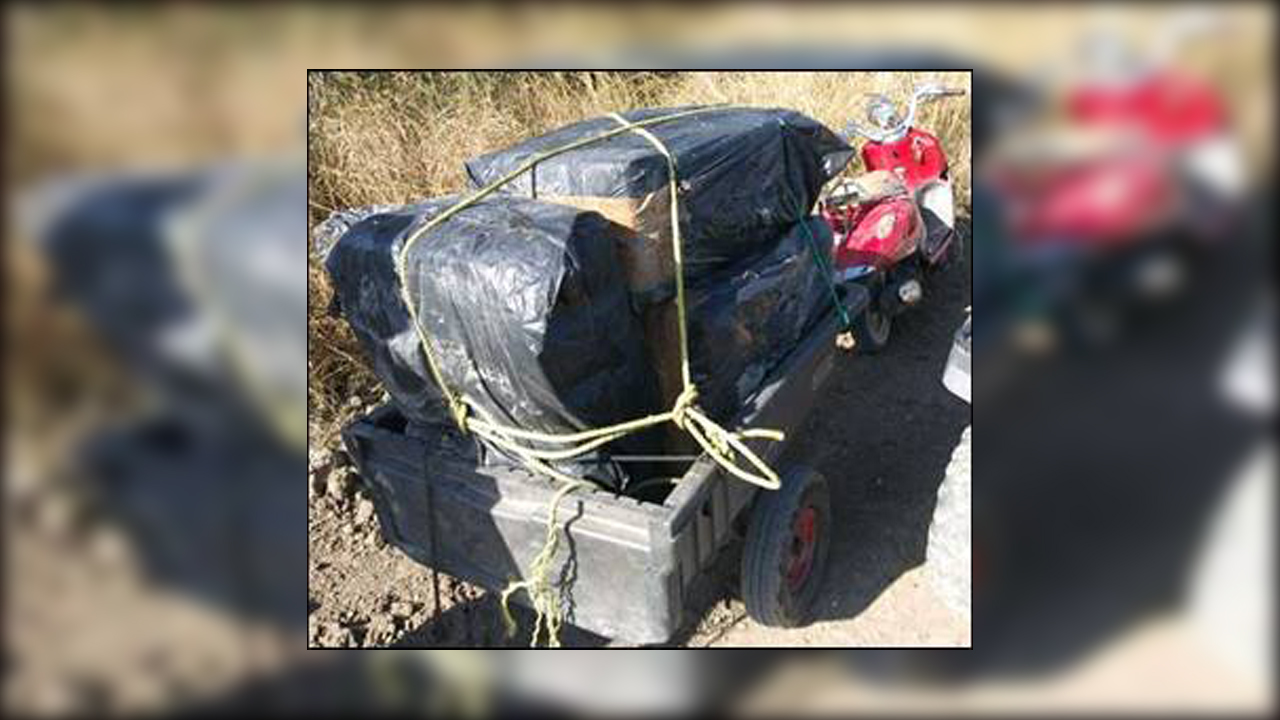 On Saturday morning, agents in Rio Grande City responded to a call of a smuggling attempt near La Grulla.

While searching near the Rio Grande, agents found and abandoned motorized scooter pulling a garden trailer loaded with 20 bundles of marijuana.

Agents confiscated 230 pounds of marijuana worth an estimated $183,000.