I.W.A. students get practice on public speaking at City Council

Some local students got a lesson in public speaking at City Hall today.

A group of sixth graders from Incarnate Word Academy stopped by City Council chambers and spoke during the public comment period. They asked the council to address issues like drag racing, speeders in residential areas and to speed up work on the road projects out near the Botanical Gardens. 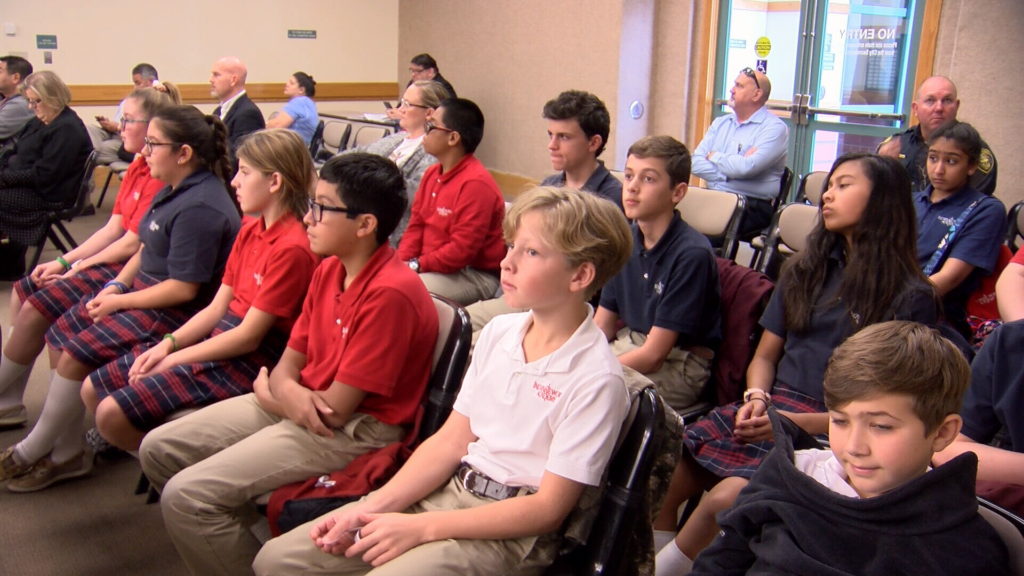 The sixth, seventh and eight graders from IWA will also speak before the Corpus Christi Police Officers Association.

It’s all in preparation for a national competition in Atlanta… called “The Amazing Shake”. It focuses on poise and etiquette.