Democratic Texas Attorney General candidate Justin Nelson criticized his opponent Ken Paxton for not going after insurance companies that he says have been profiting from Hurricane Harvey victims.

Nelson, a University of Texas law professor, was in Corpus Christi this morning for a “Meet and Greet” at the Nueces County Democratic headquarters. 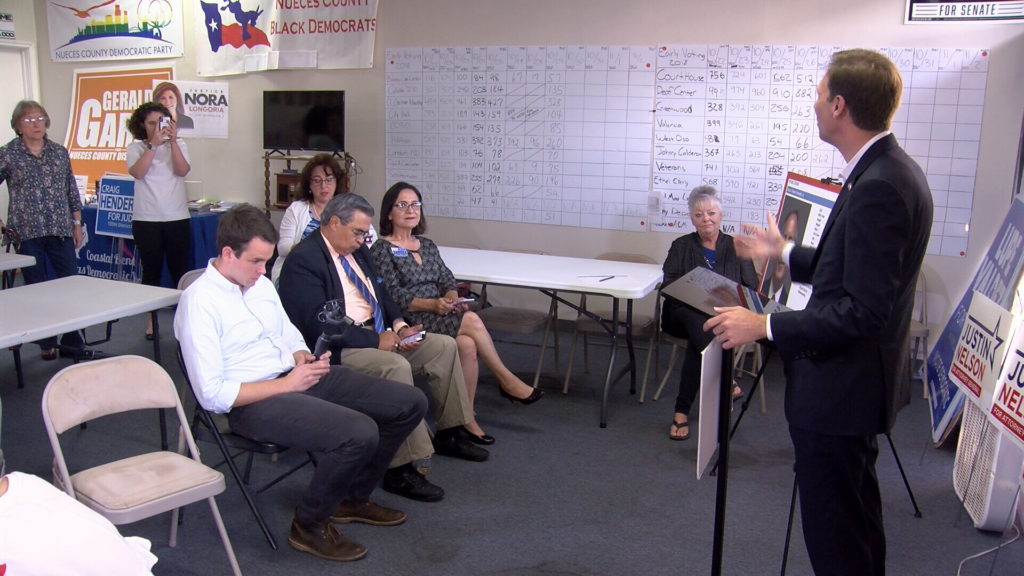 Nelson, whose family has deep ties in the Corpus Christi area, said Paxton is tied up with his own legal battle.

Nelson said that after Paxton has been indicted on three felony counts of fraud, the incumbent has been distracted and failed to help Texans.

If elected, Nelson promised he would help Texans in the event of a natural disaster.

“That is why you’re going to have a fighter, someone who is going everywhere in the state of Texas who is going to say that we should have a Texas attorney general who will fight for the people and stand up to insurance companies.” Nelson said. 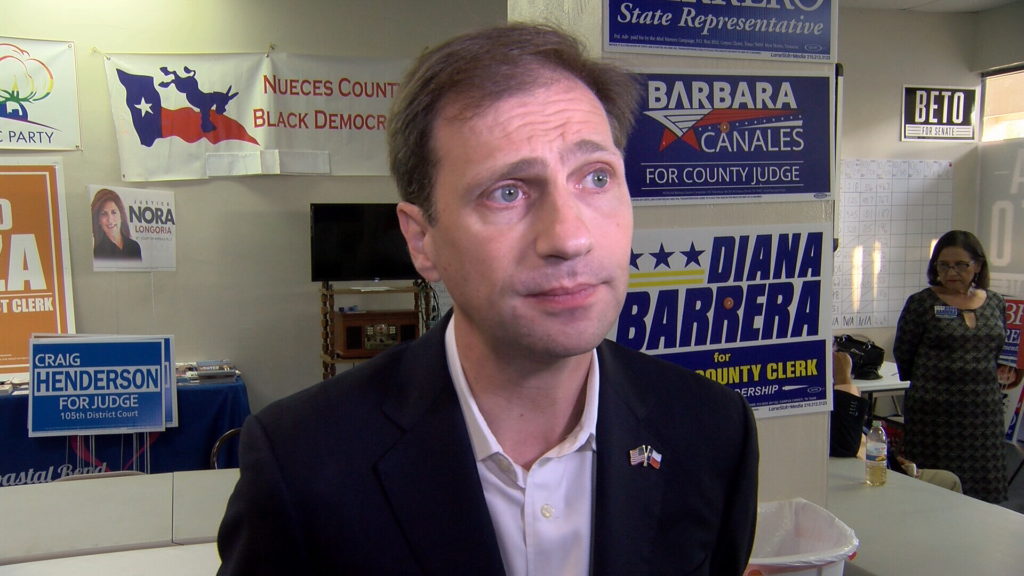 Nelson also pitched his plan for natural disasters. It consists of a team that would investigate all claims of price gouging and fraud.

This group would also investigate insurance companies that don’t pay out claims quickly. He said his team of experts would make sure Texas would become the best in the nation in responding to natural disasters.

He promised if elected, he will fight for Texans and stand up to insurance companies.

Nelson’s father was born in Corpus Christi and his grandparents owned a restaurant supply store on Staples Street. He told supporters during his stop today that he considers Corpus Christi as his second home.