FALFURRIAS – An overflowing creek is causing a few neighborhoods in Falfurrias to be inundated with water. Some residents we spoke with say they have never seen the water so high.

More than 10 inches of rain has fallen in Falfurrias in a 7-day period, according to the National Weather Service, with some areas seeing closer to 15-20 inches.

“It’s not really the rain coming down that is the issue,” Ramos said. “The issue is the rain or the water that comes from the west down the creeks, that’s why we are seeing a bit of an after effect.”

Falfurrias does have a rescue center open, but Ramos said no one has registered there as of now. Four successful water rescues have been completed in the area, Ramos said.

The biggest threat right now, according to Ramos, is residents driving down flooded roads and the wakes causing flooding inside nearby structures.

“We are asking our citizens to please stay out of the flooded area. Please keep your children out of the creeks, I know it looks like fun, but we don’t want a dangerous situation to turn into a tragic one,” Ramos said.

Flooded streets could be seen around the West Trevino Street area.

On the 500 Block of Brazil Street, we saw woman was seen there trying to make the best of the situation, pulling a young girl around in an intertube. 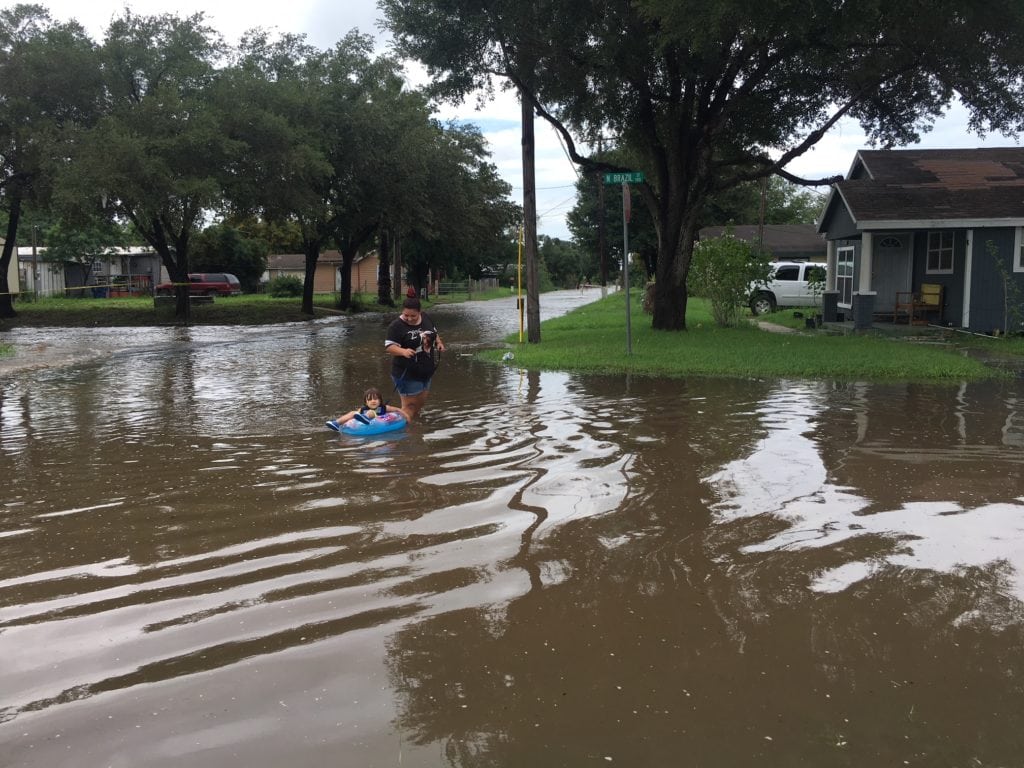 While waters are still high at this time, Ramos said he expects the flooding to subside within a few hours. The city went through the process of clearing out storm drains and creeks before the ran event, which has helped with drainage issues.