Trainer shocked at how search dogs were killed

REFUGIO – Two of Joe Braman’s search dogs were helping Aransas County Sheriffs catch undocumented immigrants when they were killed by one of the suspects.  The way they died still stuns him.

“I’ve never had a dog strangled to death, ever; that was so shocking to me,” Braman said about Saturday’s gruesome incident. “It’s just gut-wrenching, I just hate it.”

The dogs, 8-year-old Nell and 3-year-old Grunt were found about 400 yards apart.  A Refugio County Deputy Sheriff, Braman has lost dogs in the line of duty, but never in such a gruesome way. 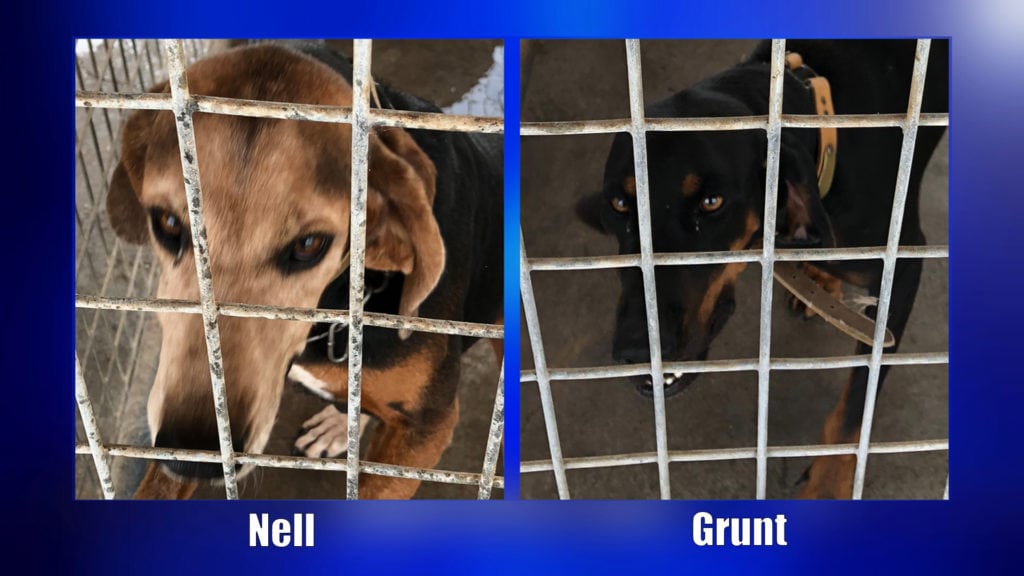 “They reached in under the tracking collar and grabbed the dogs’ other collar,” said Braman.  “It looks like they just pulled straight up and choked the dog… strangled the dog to death.”

Braman has more than 130 dogs to help with all kinds of searches, but he considered Grunt and Nell to be two of his best.

Braman says his dogs have taken part in more than 40 searches with a 95 percent sucess rate.

Despite his loss, Braman says his dogs will remain available whenever, wherever, and however they’re needed.

“If we have to sacrifice a dog to make sure the citizens are safe, that’s our job,” he said.