Rockport native Richard Dominguez still finds it hard to believe that John McCain once took the time to write him a letter. 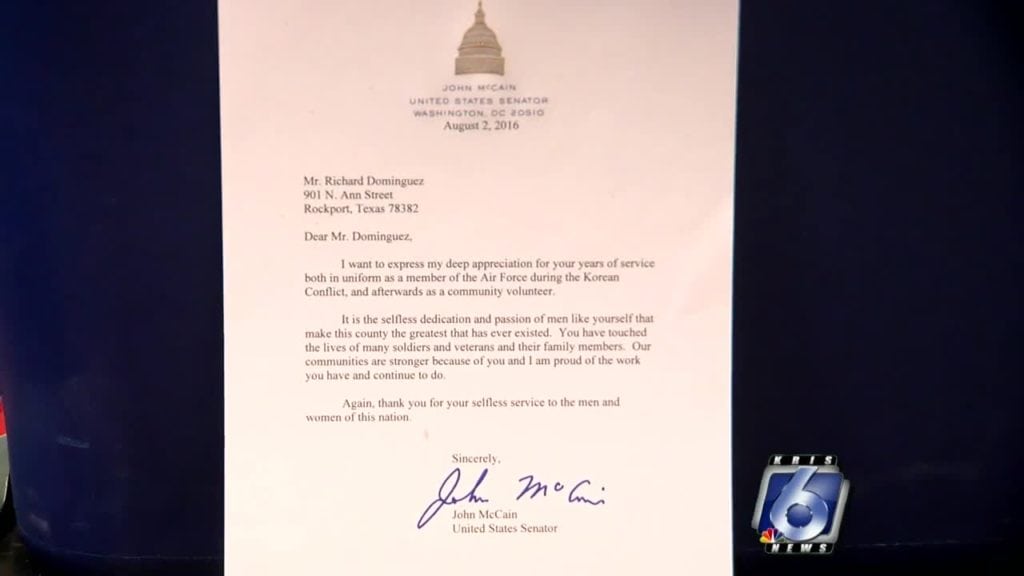 He also participated in the Korean War.

Dominguez still does not know how McCain heard about him or his service. However, he is forever grateful that someone of his stature would contact him, not forgetting about the veterans and soldiers who made the ultimate sacrifice.

Outside of Dominguez’s home is a flag flying at half-staff, all for a hero who overcame huge risks and displayed loyalty to his country.