Local family to be featured on HGTV

A local family and the Coastal Bend will be featured on a national TV network this weekend.

The pilot for “Shoring the House” will air at 1 p.m. Sunday on HGTV featuring Gino Montalvo and his cousin Amanda Montalvo. The duo has been flipping houses with their family for years. It led to HGTV approaching them with an idea for a show. 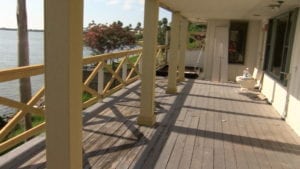 Although the Montalvos can’t tell us much about the pilot, they want viewers to watch their program.

“The more people we can get to tune in and stay tuned in and watch it live not recorded, the better chance we have for the network to say, ‘Hey guys do 10 more episodes!’ and we get to keep showing off our beautiful city,” Gino Montalvo said. “Then (we can) keep bringing people down here and we get to stay on TV.”

His cousin is just as excited about the prospects for the show and its opportunity to showcase the Corpus Christi area. .

“We just want everybody in the Coastal Bend to be as proud as we are that HGTV is here and they’re recognizing our community,” Amanda Montalvo said.

If the show is picked up by the network, the Montalvos could do several more episodes featuring homes in the Coastal Bend.