New information has led to the delay in the case of a woman accused of murdering her boyfriend on Thanksgiving Day.

A plea hearing was held for Carla Welch Friday morning. She was expected to plead guilty in connection with the fatally shooting of her boyfriend, Larry Simpson, at her home on Caribou Drive. Police say Welch kept his body for two days. His death wasn’t reported until the Saturday after Thanksgiving. 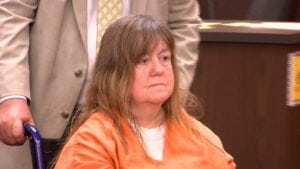 During Welch’s hearing Friday morning, Judge Missy Medary announced that she had received several letters from the victim’s family. Judge Medary told the family that to be fair, she was going to give copies of those letters to attorneys on both sides in the case. In order to give them time to review those letters, Judge Medary decided to reset Welch’s plea hearing to August 17th.