CCISD School Board President Catherine Susser recently claimed that Veterans Memorial High School enrollment is expected to top 4,000 within the next six years.

We checked and it’s a fact. 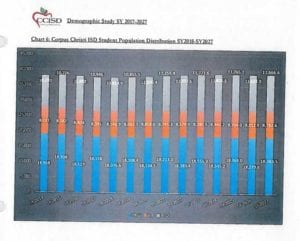 According to a demographic study commissioned by the CCISD board, Veterans is predicted to jump above 4,000 sometime during the 2024-2025 school year. 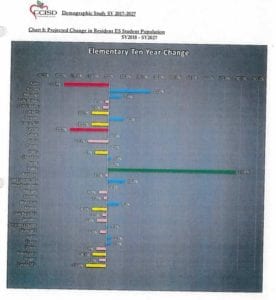 But, that’s not the whole picture. 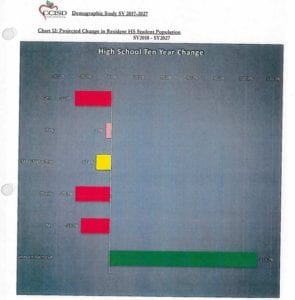 The same study shows steep enrollment declines at other area high schools, including Mary Carroll, which is predicted to see an almost 30 percent population decline in its attendance area between now and 2027.

Overall, CCISD’s student population is expected to show a modest decline in the next 10 years.  The 136-page demographic study, completed by Davis Demographics of California, shows a dip of about 1,200 students in the coming decade. 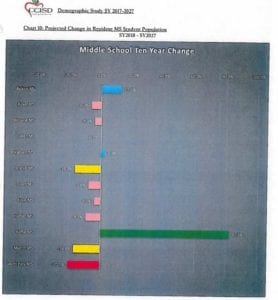