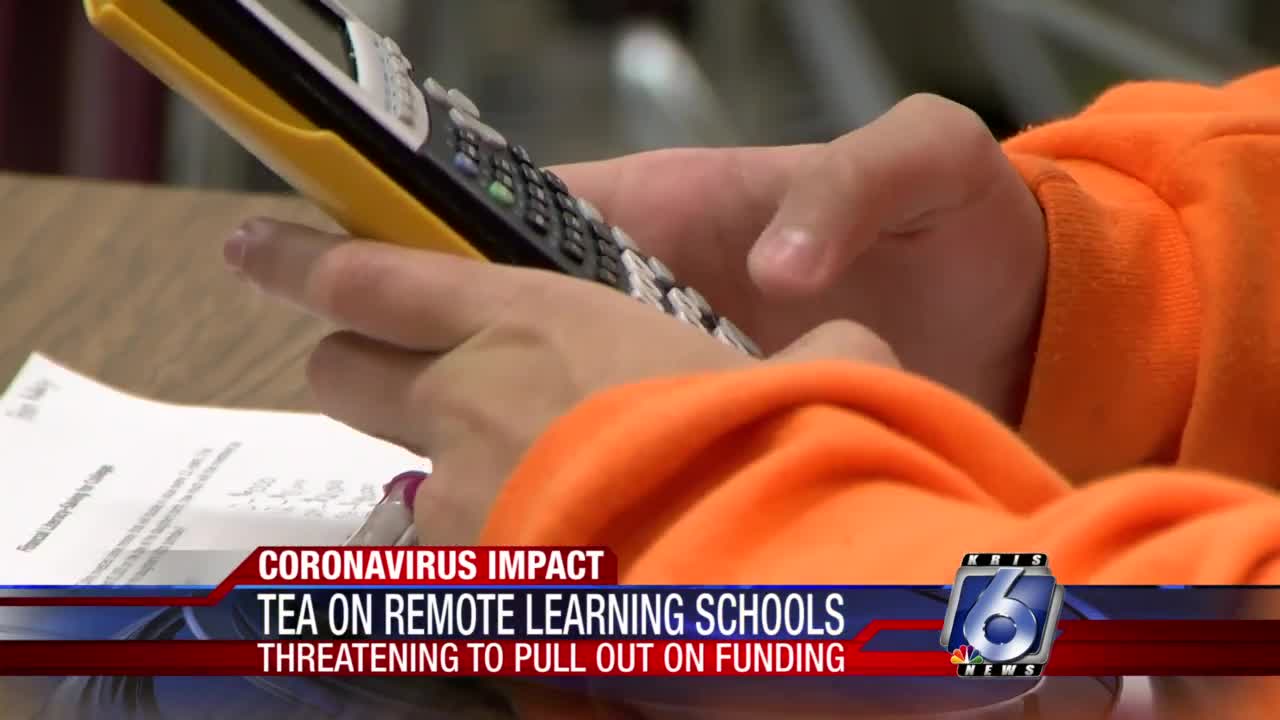 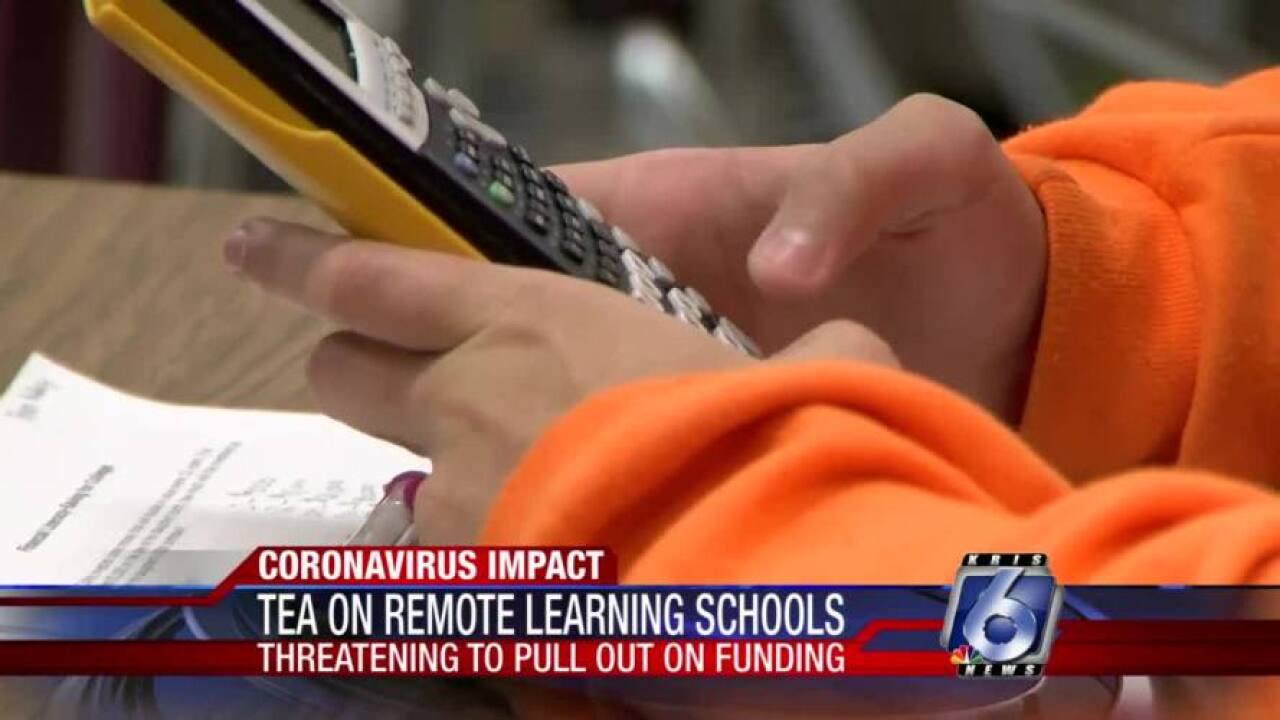 CORPUS CHRISTI, Texas — A letter attributed to Texas Attorney General Ken Paxton has caused the Texas Education Agency to revisit its guidelines when it comes to schools that have chosen exclusively remote learning.

While all school districts within Nueces County have an in-person classroom plan, the Attorney General’s letter — which was originally sent to the mayor of Stephenville — states that local health authorities have little power when it comes to issuing public health orders.
For example, if Nueces County leaders announced an order to close all in-person classes to avoid a surge of positive COVID-19 cases, while state authorities do not, schools that choose to comply with county officials could actually lose their public funding as a result. “Although a local health authority may possess some authority in limited circumstances to close schools, this authority is cabined by laws governing the application of control measures to property and the Governor’s executive orders,” Paxton’s letter states.

That letter was later cited the same day by the TEA in an update to its guidelines, stating again that local health authorities "may not issue blanket orders closing all schools in their jurisdiction on a purely prophylactic basis.”

“It’s frustrating,” Vera said. “It’s aggravating. And all Paxton is doing is confusing the issue."

"The fact of the matter is — as far as I’m concerned — we need to keep the course and do what is right for our community regardless of what these officials who are far away and who don’t understand the demographics necessarily of our community are spouting.”

Vera said she plans to ask about pushing back the start date of in-person classes and hopes other school districts across the state will do the same. She said, otherwise, the rushed startup could instead push students and teachers away.

“I think that what we’re going to see if the state continues to push in a more aggressive way, I think we’re going to see a lot of teachers leave the profession, a lot of students not go to school,” Vera said. “It’s going to be totally different. Even more different than what it is now. And I don’t think we can afford that in our public schools.”

In a written statement, the Corpus Christi ISD said the district will continue to collaborate with local and state officials for the 2020-2021 school year.

“We look forward to welcoming students remotely on August 13, and in person as soon as we are able to do so after Sept. 7,” the statement read. “Once our school buildings reopen, we will continue to offer remote instruction to families who prefer it.”