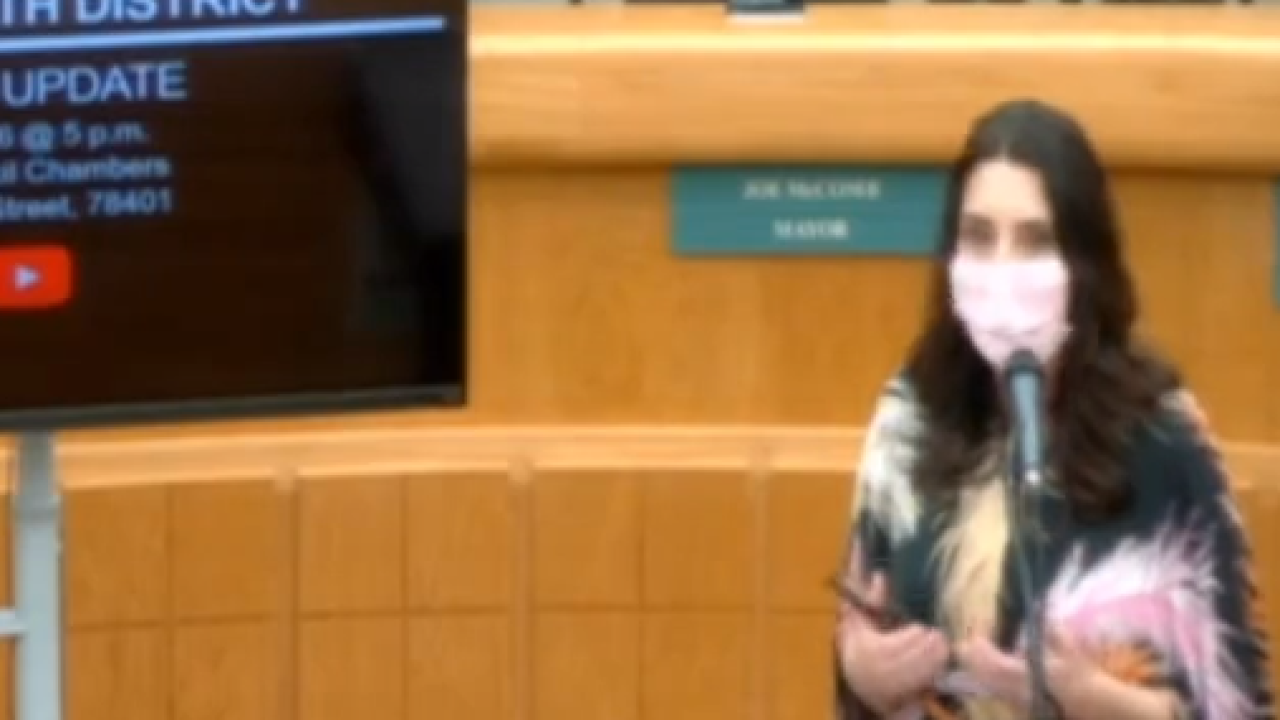 CORPUS CHRISTI, Texas — As news about 85 infants testing positive in Nueces County went viral as a national news story, County Judge Barbara Canales made a statement that attempted to provide additional clarification on the report.

Several national news organizations have reported about Nueces County after City County Health Director Annette Rodriguez mentioned at a press briefing on Friday that 85 babies were diagnosed with COVID-19 in Nueces County.

"On Friday, July 17, during a press conference, a spokesperson mentioned that 85 infants under the age of one had tested positive for coronavirus," Canales said in a statement released Saturday afternoon. "This number reflects the cumulative total of positive tests for infants under the age of 1 since the beginning of testing in mid-March, which has resulted in 8171 positive test results."

"For context, the spokesperson was using that statistic to illustrate that no one is naturally immune to this virus. While the elderly and those with existing medical conditions are at greater risk of illness and death, anyone can get the virus, from the elderly to infants, and without regard to race, gender, or economic status. The number was used to illustrate this point."

Canales' statement was meant to indicate the total number of infants who have tested positive throughout the pandemic.

The county judge stated the county has been vigilant in attempting to halt the spread of the coronavirus across the area.

"Nueces County has been aggressive in testing the family members of those infected, especially those who work or live in high-risk situations: senior care centers, jails, group homes and halfway houses, and meatpacking plants," Canales said. "By contact tracing and testing the immediate family members for those with known exposure who work in high-risk critical infrastructure jobs, this may account for our higher degree of testing and positive test results among infants."

One child has died in Nueces County during the pandemic. That person was brought to the hospital with unrelated symptoms and tested for COVID-19 while at the hospital. The child later died at home.

The cause of death for that child still has not been determined, pending an autopsy.