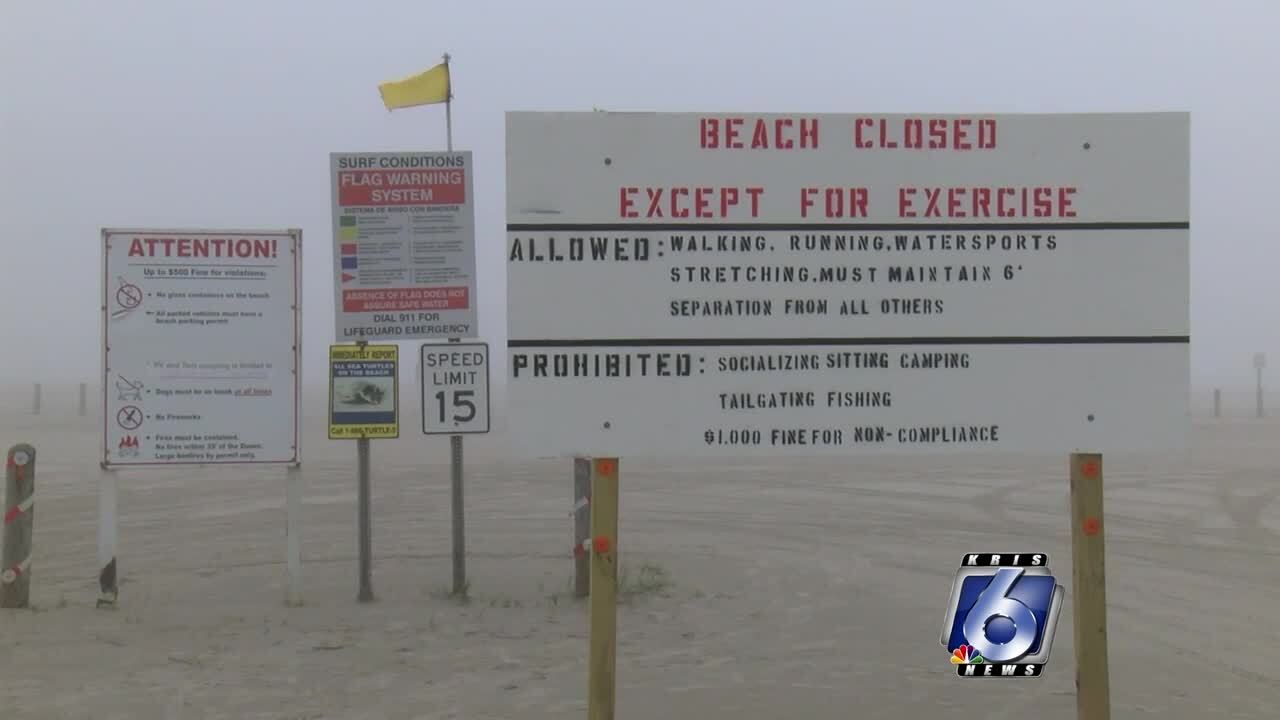 Vehicles haven’t been allowed on Nueces County beaches since before the Fourth of July weekend. The ban was set to expire Saturday morning. That means for another two weeks, the only way to the beach is by foot.

“The cars down there, they park wherever they want, and this allows people to have more space,” said Rebecca McKinzie.

McKinzie and her family regularly vacation here from Fort Worth. She believes keeping vehicles off the beach is a good thing.

This is not as crowded as it normally is when we come down here,” she said. “I know that people are upset about it, but I think everybody needs to do their part in helping to get the cases down and keeping (COVID-19) at bay.”

Since the vehicle ban went into effect, new novel coronavirus cases in Nueces County have dropped.

“Whatever it takes to get the numbers down would be awesome,” said beachgoer Caitlyn Chance.

However, not everyone agrees that keeping vehicles off the beach is effective, saying the ban makes social distancing next to impossible.

“Today’s not so bad; it’s during the week,” said Padre Island resident Annie Hoefel. “But on the weekends, I guarantee you there will be three or four layers of people lined up here, squeezed into a small area.”

Another concern is debris left behind by Hurricane Hanna, especially south of Bob Hall Pier. Coastal Parks Director Scott Cross said his crews have a lot of sand to get back on the beach before it’s safe for traffic.