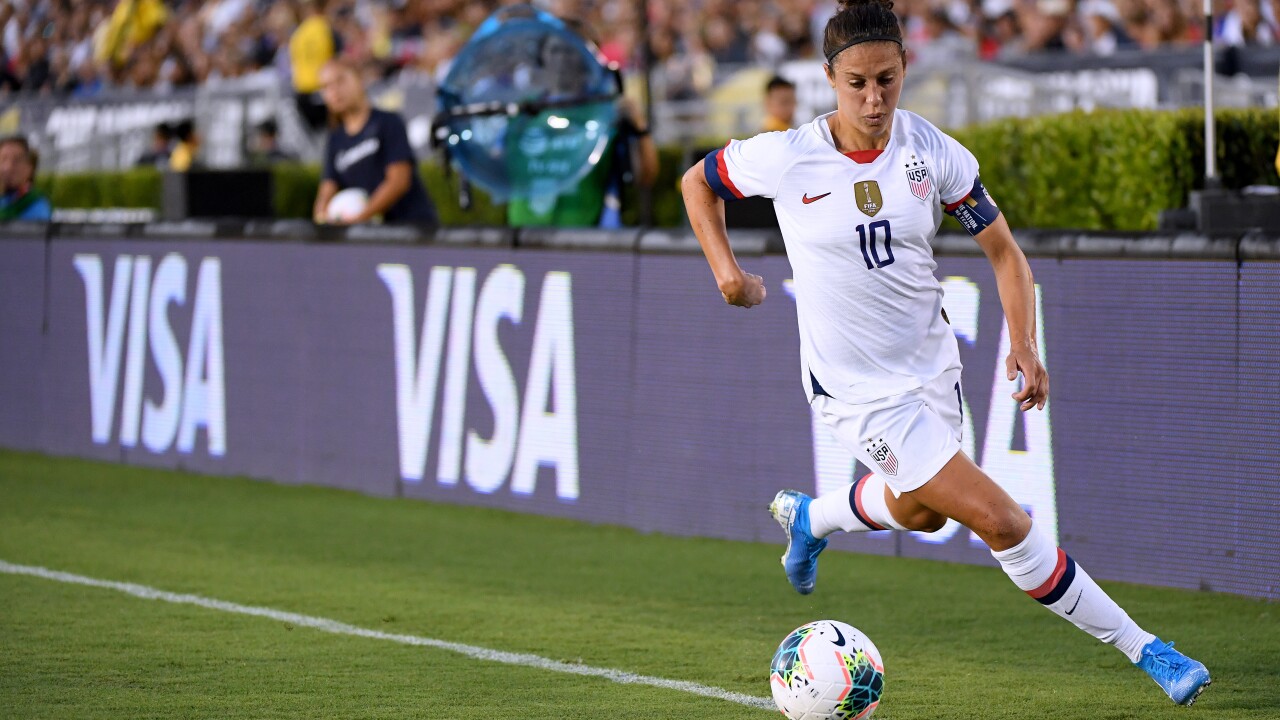 Carli Lloyd might have another career option: kicking in the NFL.

Lloyd stopped by a Philadelphia Eagles practice on Tuesday, and the two-time FIFA Women's World Cup champion and two-time Olympic gold medalist put on quite a show.

Lloyd, 37, was seen in videos posted on Twitter hitting field goals from 40 and 55 yards. That 55-yarder, by the way, can be seen going straight through the narrow uprights on the practice field.

Thank you to the @Eagles for having me out! Thanks to @JustinTuck @jake_elliott22 @MayorRandyBrown for the good time and tips! 🏈 🎯 #55yd pic.twitter.com/owZ16f46Th

Gil Brandt, the former vice president of player personnel for the Dallas Cowboys who was recently inducted into the Pro Football Hall of Fame, took notice.

"Honestly, I don't think it will be long before we see a woman break through this NFL barrier," Brandt said in a tweet, referencing the two-time FIFA Player of the Year. "I'd give her an honest tryout if I were, say, the Bears."

Lloyd, from nearby Delran, New Jersey, grew up an Eagles fan. She's not the only US Women's National Team member with a connection to the NFL team. USWNT teammate Julie Ertz is married to Eagles tight end Zach Ertz.

In a video she posted to Twitter on Tuesday, Lloyd said it was awesome to visit the Eagles and that she's looking forward to the season."I'm really impressed with all of these guys," Lloyd said.