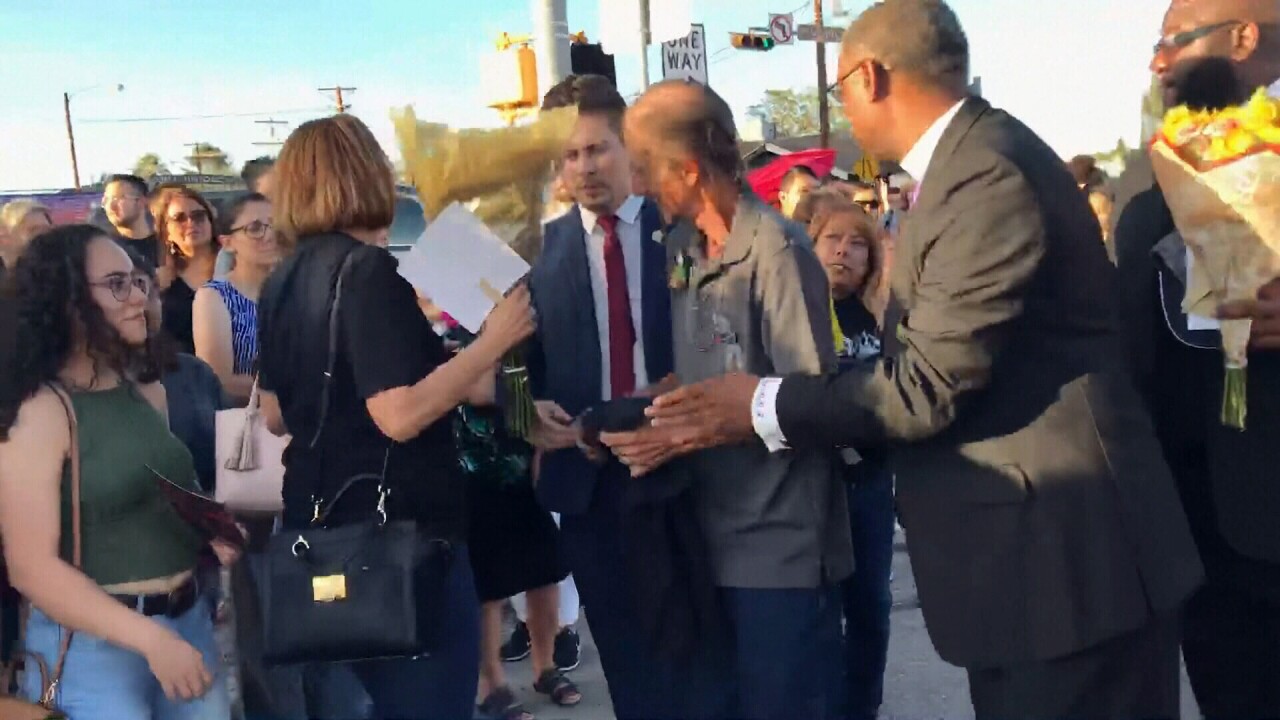 Basco&#39;s wife Margie was one of the victims of the El Paso Walmart shooting

EL PASO, Tx — There was an overwhelming turnout at a memorial service on Friday night for one of the victims of that massacre at an El Paso, Texas Walmart.

Basco lost his wife Margie Reckard in the Walmart massacre.

When I came time to plan her funeral, he was worried that no one would show up, so funeral director Harrison Johnson invited everyone on a Facebook post.

"He represents what this community is all about and that's about caring for one another." said Johnson. "It's very emotional just seeing us all here and supporting him."

This will be the last funeral for the 22nd victim of a tragedy that rocked this community to its core.