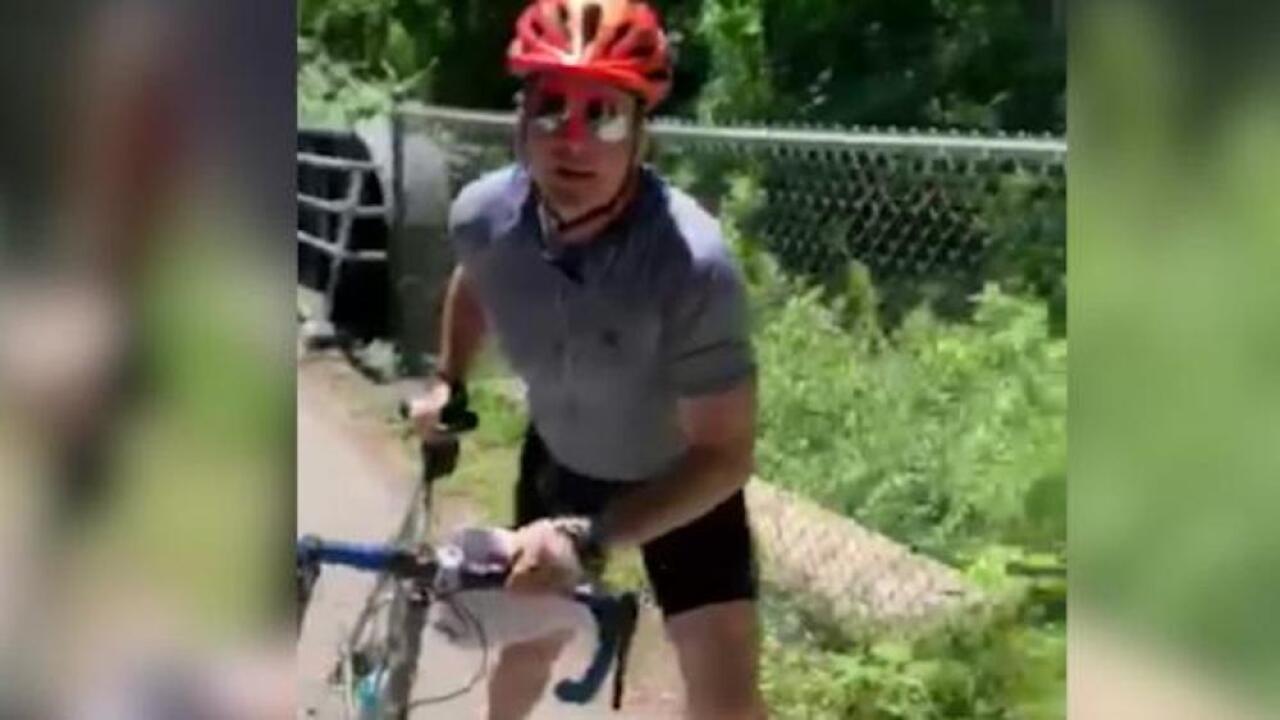 Police are searching for a cyclist who was caught on video allegedly assaulting a group of people posting "Black Lives Matter" posters in a Maryland Park.

The Maryland-National Capital Park Police say the incident happened at the Capital Crescent Trail, located just outside of the Washington, D.C. district line.

Police say the cyclists approached the group of three young adults who were posting the flyers and told them to take them down.

He snatched a flyer out of the hands of one victim. Later, the cyclist later grabbed his bike and charged at the person filming the video, knocking him down.

The cyclist then rode down the path before turning around and yelling obscenities back at the group.

Police are searching for information that could identify the cyclist, and are patrolling the area on foot, bicycle and car.