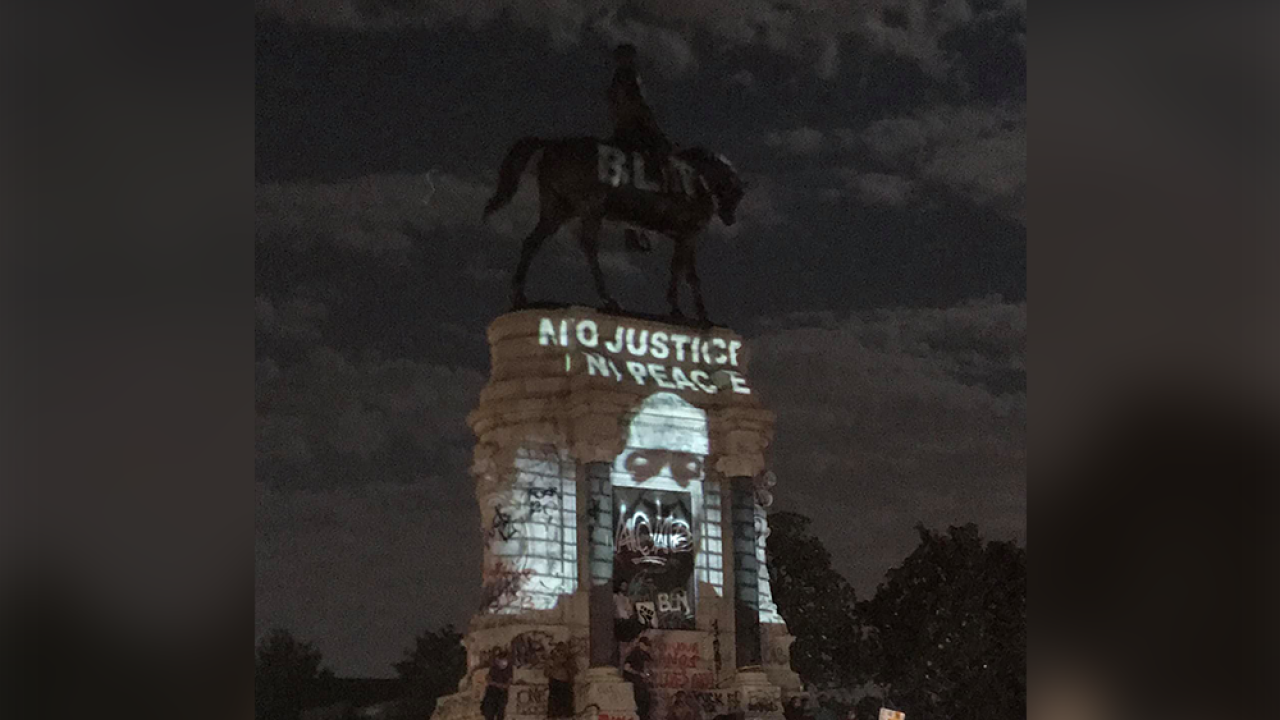 In a striking image from the former capital of the Confederacy, anti-police brutality protesters projected an image of George Floyd with the words "no justice, no peace" onto a statue of Confederate Gen. Robert. E. Lee.

The photo, taken by Dwight Nixon — a photojournalist with Scripps station WTVR in Richmond — shows the image projected onto the statue of Lee, which was already covered in graffiti.

The protest came the same day that Virginia Gov. Ralph Northam, a Democrat, announced he planned to remove Lee's statue and place it in storage.

Additionally, Richmond Mayor Levar Stoney announced that he would introduce an ordinance to remove all other Confederate statues in the city.

The statue of Lee is the largest and oldest of a series of Confederate memorials located on the city's Monument Avenue. It was dedicated in 1890.

Protesters were gathered around the Lee statue when the news broke.
"It needs to go. I'm sick and tired of trying to learn about this history that's disgusting," Halley Robertson said.

"I hope that it's not just performative," Michaela Stevens added. "I hope real change does come other than this statue being taken down."

Demonstrators said that they will continue showing up until they see real change.

"I want to encourage everyone to keep voicing their opinions because as you can see when we come together, sharing our opinions, making our voices heard, we're definitely getting things done," Smyre said.

Also on Wednesday, three other officers involved in the arrest were charged in Floyd's death.