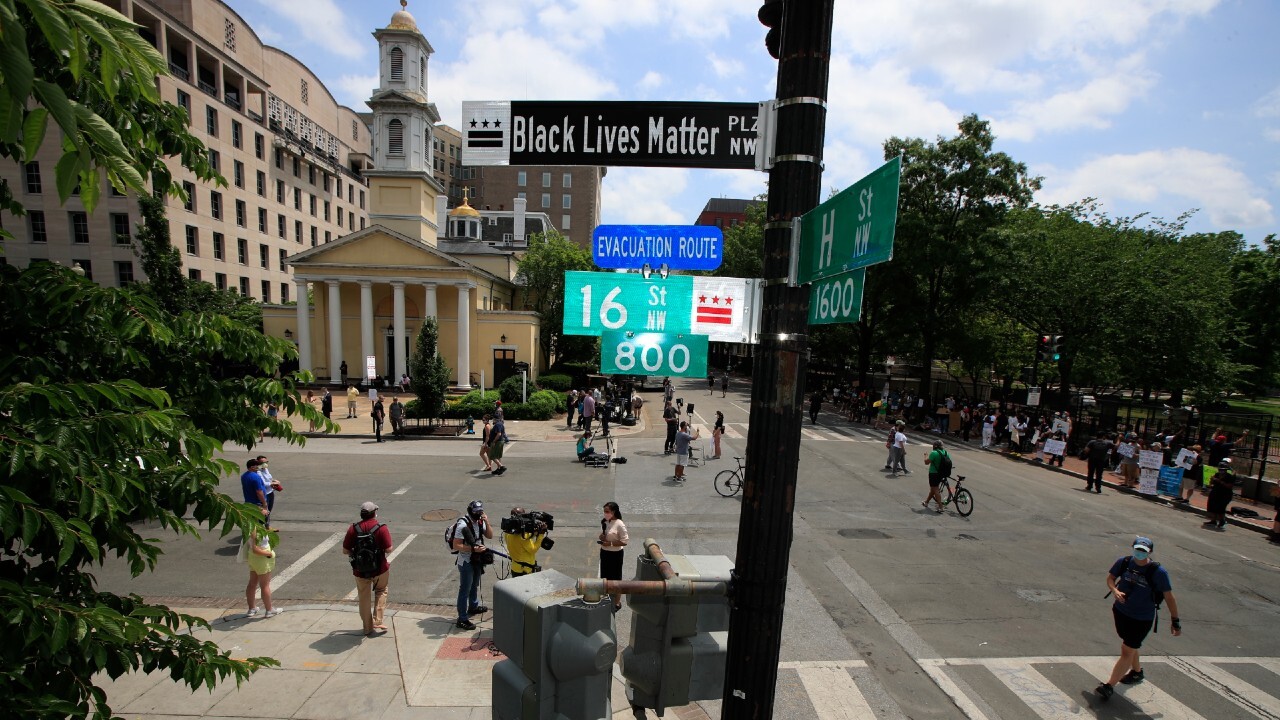 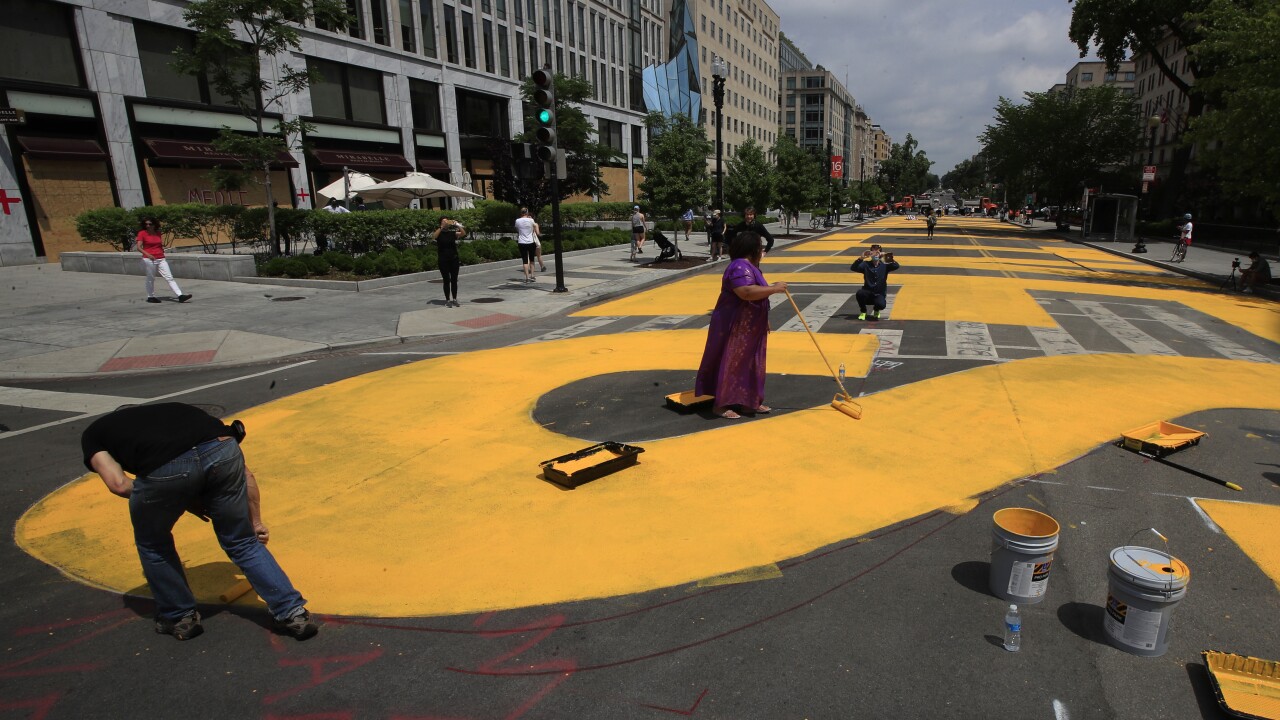 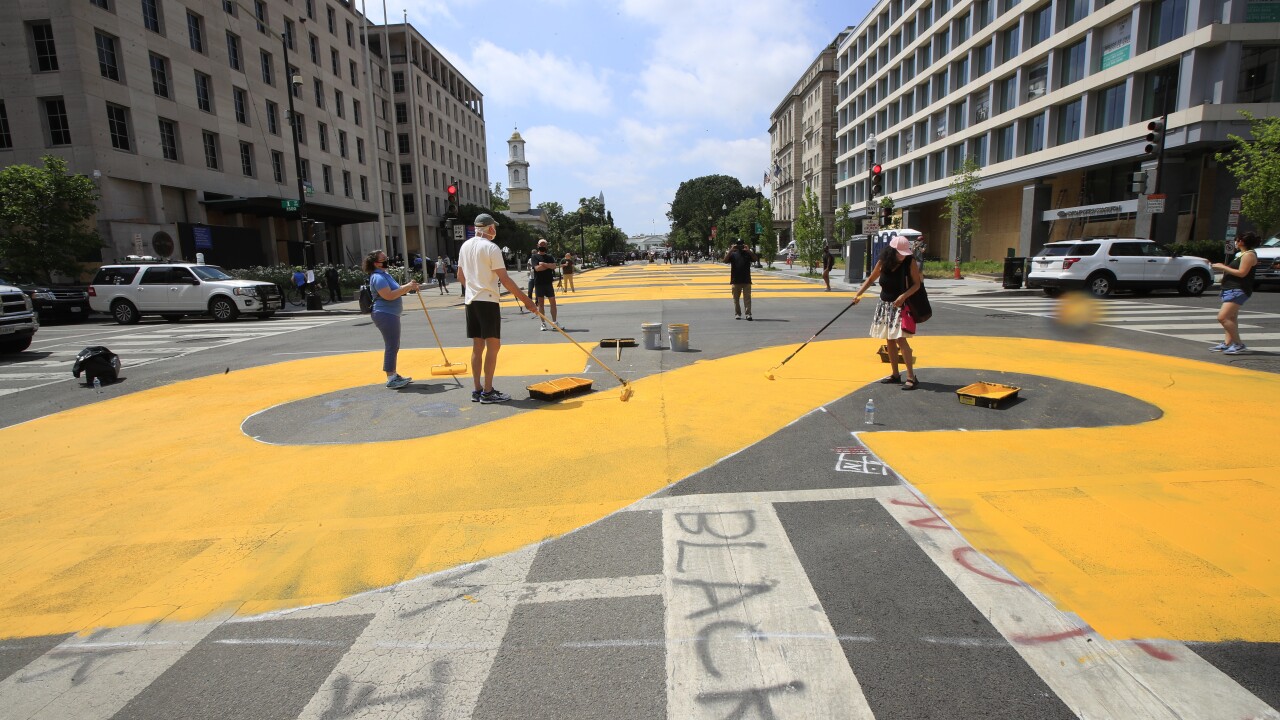 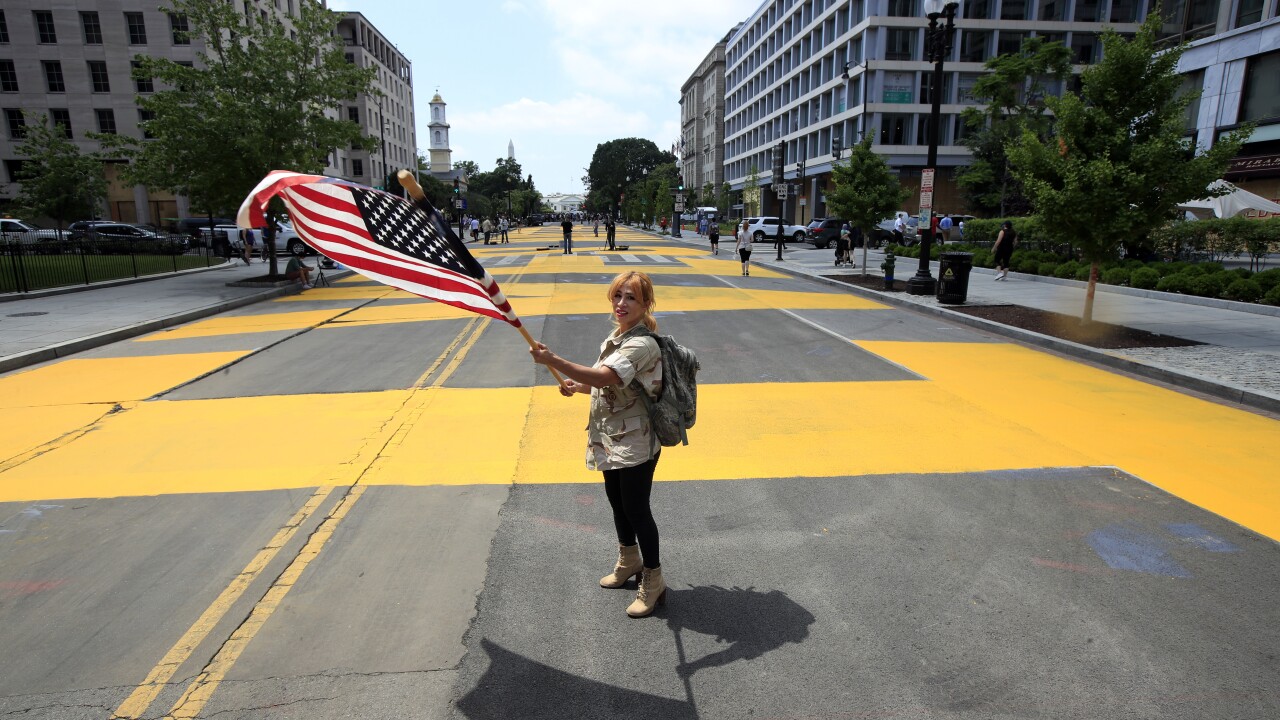 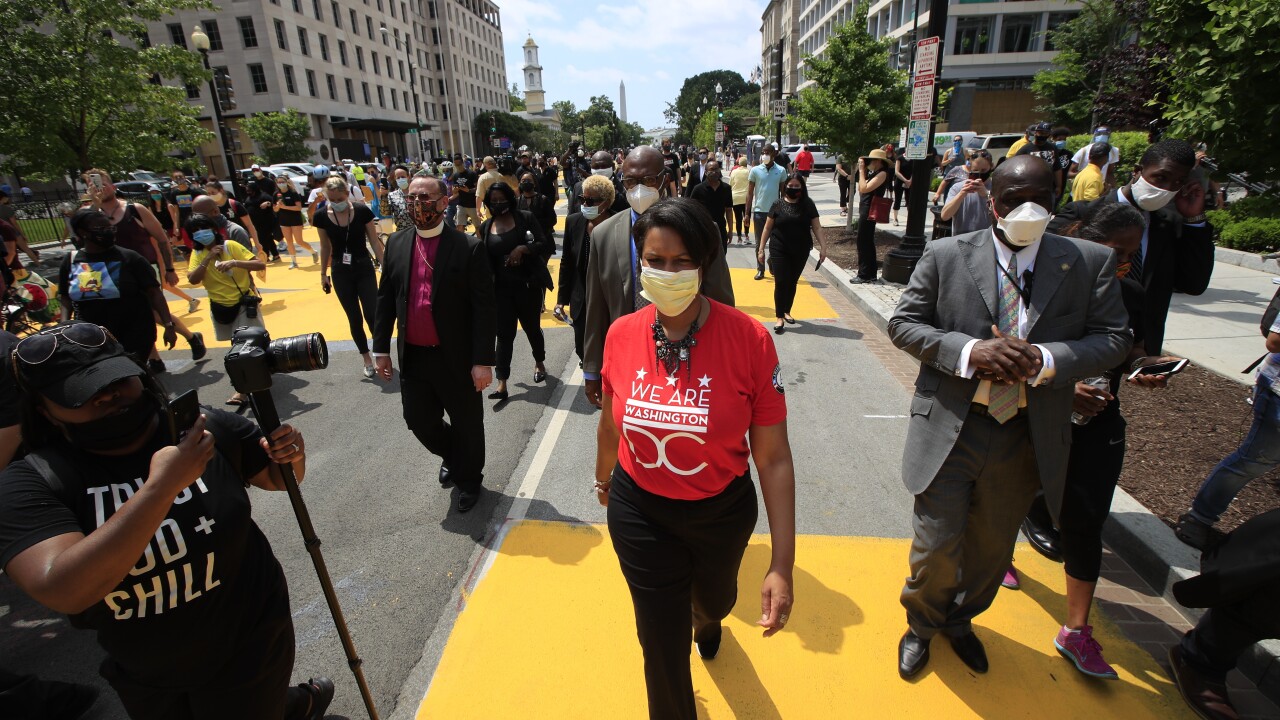 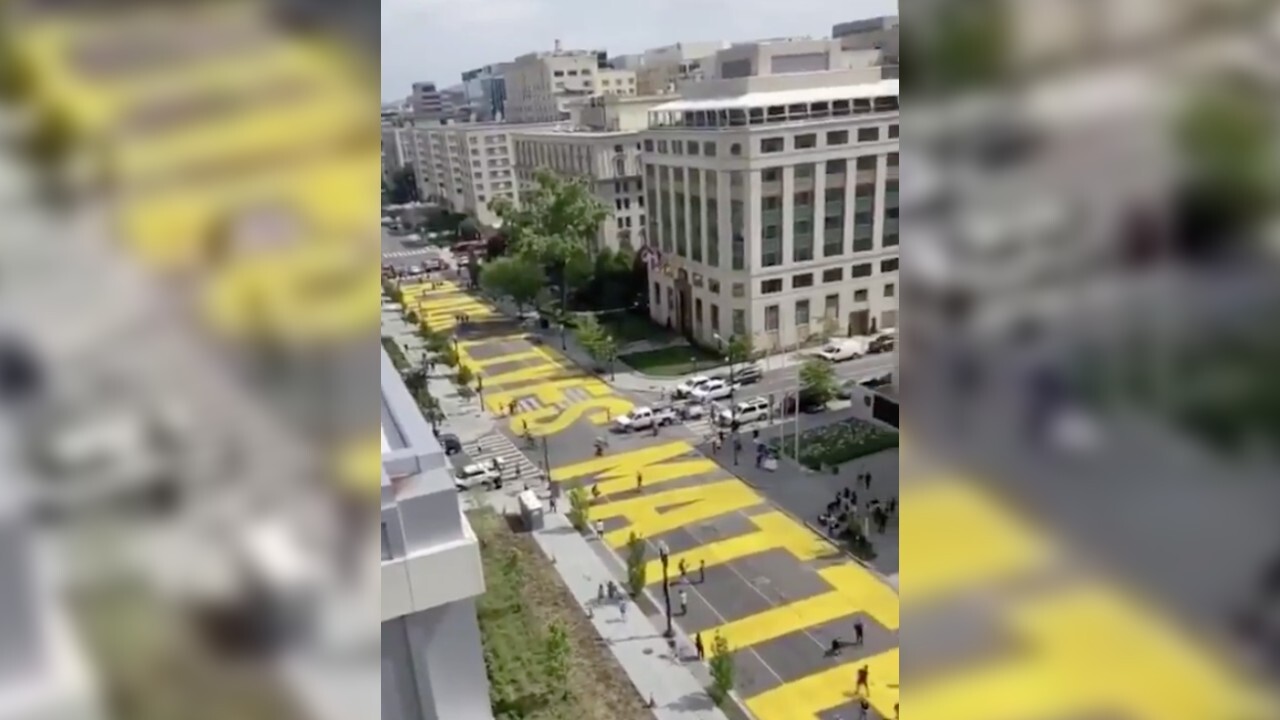 D.C. Mayor Muriel Bowser tweeted aerial video of the mural shortly after it was completed Friday, saying “Breonna Taylor, on your birthday, let us stand with determination. Determination to make America the land it ought to be.”

Bowser also said on Instagram that the section of 16th Street in front of the White House in now officially “Black Lives Matter Plaza.” The announcement was accompanied by a video of a worker hanging a sign on a street post.

Her endorsement of the project follows her verbal clashes with the Trump administration over the response to protests of the killing of George Floyd in Minneapolis.

Bowser has complained about the heavy-handed federal response and called for the removal of out-of-state National Guard troops.

She says their differences highlight the need for D.C. to be a state and have more control over its internal affairs.