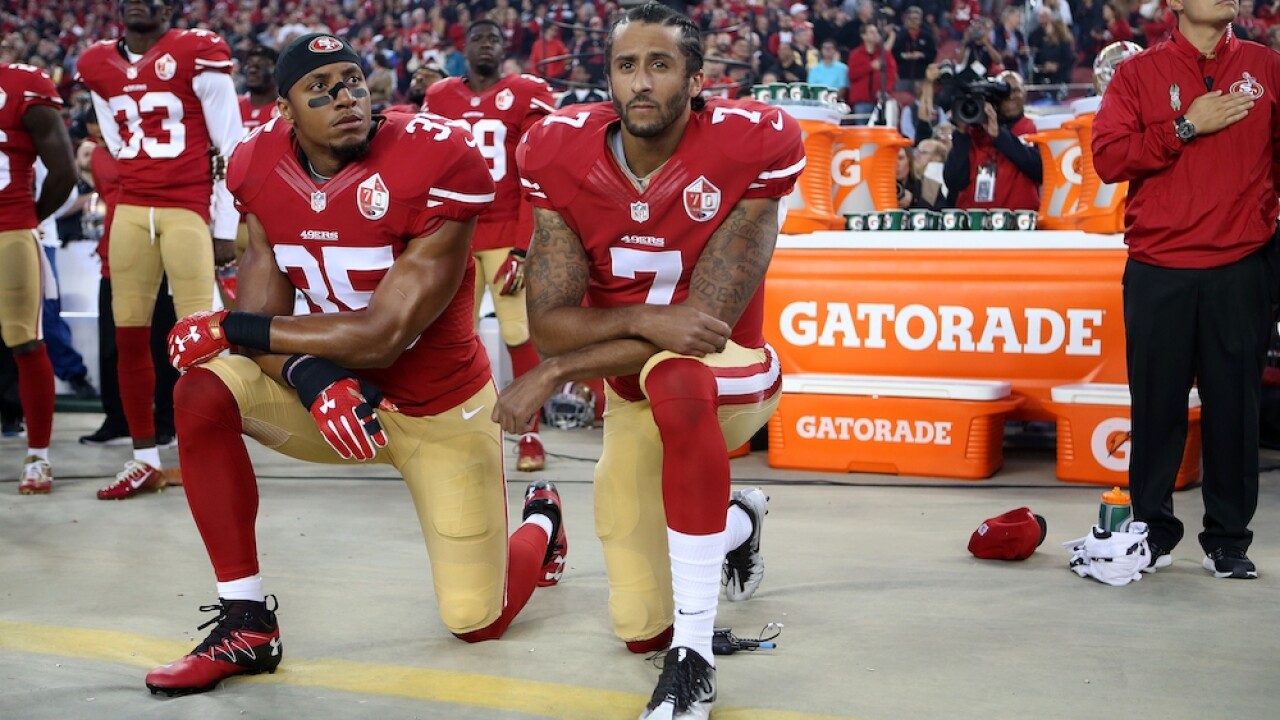 Daniel Gluskoter/AP
San Francisco 49ers Eric Reid (35) and Colin Kaepernick (7) take a knee during the National Anthem prior to their season opener against the Los Angeles Rams during an NFL football game Monday, Sept. 12, 2016, in Santa Clara, CA. The Niners won 28-0. (Daniel Gluskoter/AP Images for Panini)

Several of the NFL's most prominent black players banded together in a video calling for the league to take a stronger stance against police brutality and racial injustice.

The players who participated in the video included some of the league's biggest stars, including Chiefs QB Patrick Mahomes, Cowboys RB Ezekiel Elliott and Browns WR Odell Beckham Jr.

The video called for the league to specifically address three issues in a new statement condemning racism in Amerca:

In a powerful statement, the players also listed, one by one, a number of black people who have been killed by police or in racially charged incidents: George Floyd, Breonna Taylor, Ahmaud Arbery, Eric Garner, Tamir Rice, Trayvon Martin, Michael Brown and Phillip White.

In 2016, former San Francisco 49ers quarterback Colin Kaepernick took a knee during the national anthem as a way to protest racism and police brutality. The next season, Kaepernick opted out of his contract before getting released and has not been signed by another team since.

The NFL previously released a statement offering condolences to the families of Ahmaud Arbery, George Floyd and Breonna Taylor. However, their statement did not address systemic racism or police brutality.

This story was originally published by KSHB in Kansas City, Missouri.