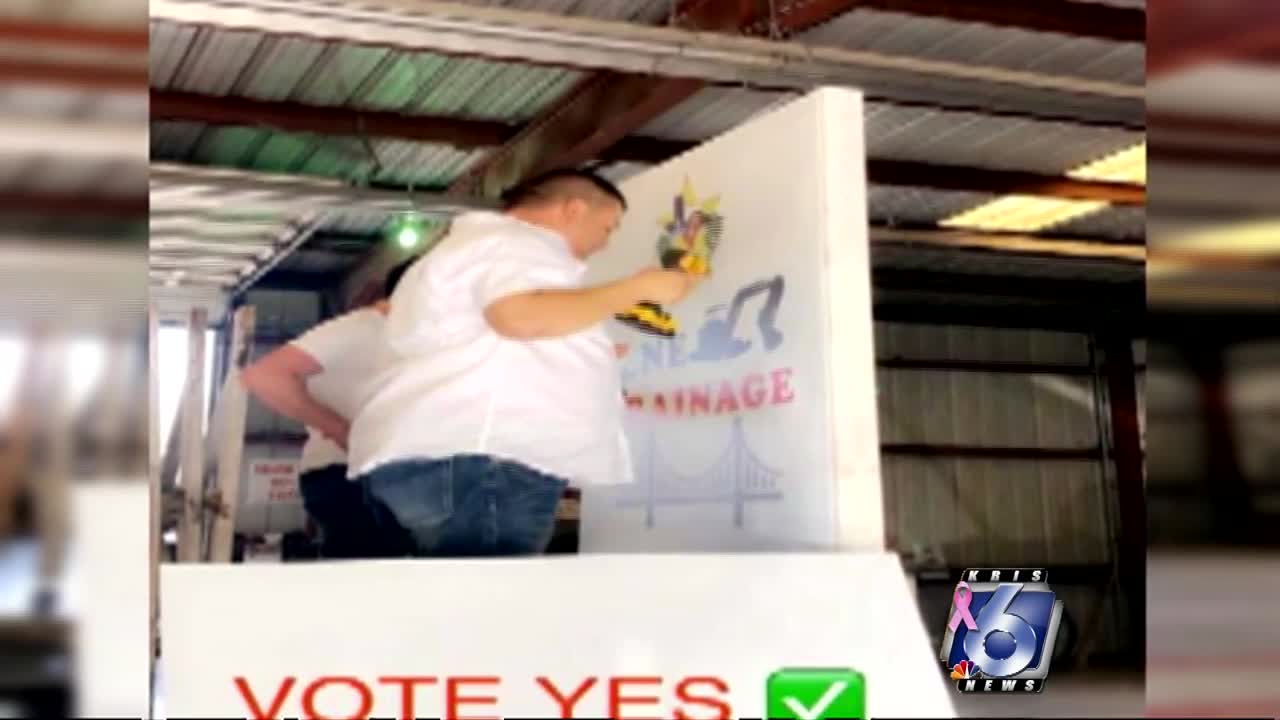 With millions of dollars on the line in Robstown - mistakes are being made - just days before a crucial vote. https://www.kristv.com/news/6-investigates/6-investigates-examines-charge-against-drainage-district 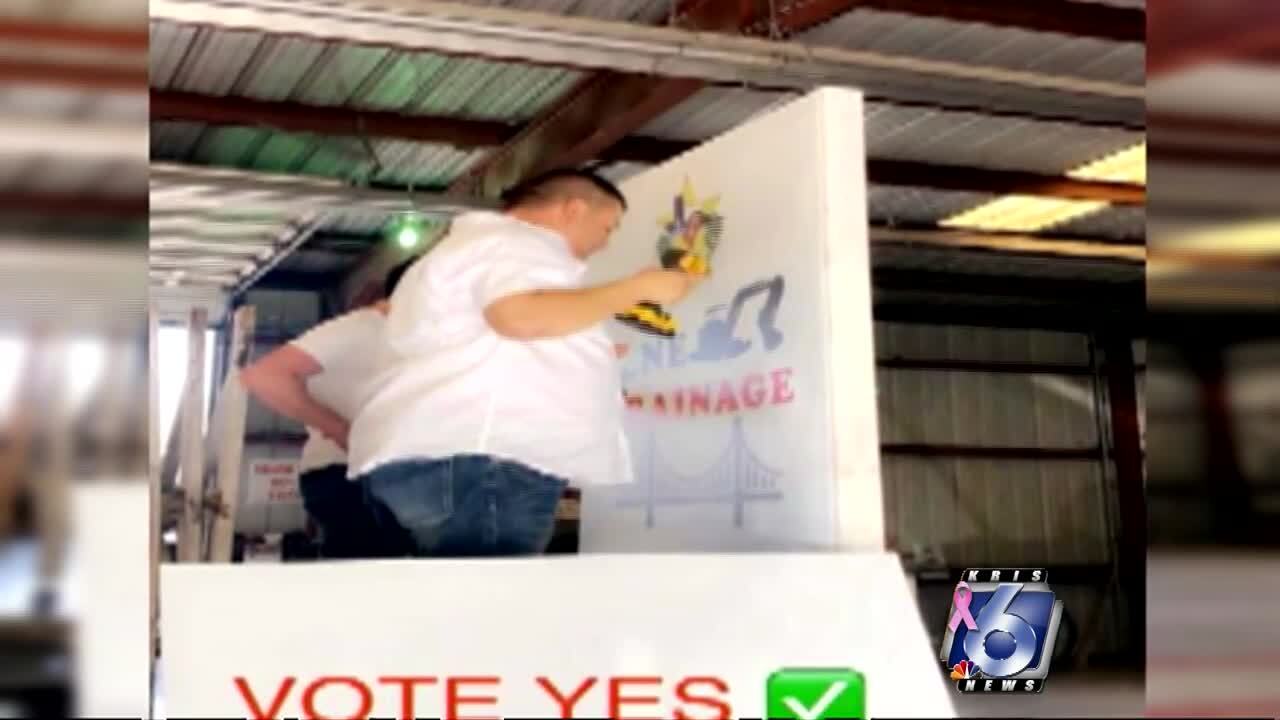 CORPUS CHRISTI, Texas — With millions of dollars on the line in Robstown - mistakes are being made - just days before a crucial vote.

The Nueces County Drainage District, which serves Robstown and surrounding areas, is asking taxpayers to borrow and then repay a $9 million loan.

What we've uncovered so far is a drainage commissioner using a taxpayer-supported public building for political purposes and a committee supporting the bond, using a mystery address.

Jesse Rojas, a commissioner for Drainage District 2 in Robstown, is shown working on a sign for a group known as the “One Drainage Committee."

It was formed to help pass a $9.5 million bond to improve water flow and stop the flooding in the Bluebonnet and Casablanca areas of Nueces County.

The problem is, Rojas is working on the sign in a public building, paid for by taxpayers.

That provides Rojas an unfair political advantage over those who might be opposed to the bond.

It's also a possible violation of the Texas Election Code.

Joseph Ramirez is a paid consultant and spokesperson for Drainage District 2 in Robstown.

"I think one of them had gotten messed up,” Ramirez said. “He pulled into a bay just to fix it.”

But when asked by 6 Investigates if it was in the Drainage District building, Ramirez answered affirmatively.

And that could be a serious problem, because Texas Election Code prohibits the use of a resource like a public building to “produce or distribute political advertising in connection with an election.”

A person violating that section of election code can be charged with a Class A misdemeanor.

"For them to be painted as unethical or almost criminal, I think is wrong,” Ramirez said.“Should he get a slap on the wrist? Should someone do that on a first offense, he'll take it. He's a man of his word. He'll own up to it, that I can guarantee you.”

And there are other concerns about efforts to pass the drainage bond in Robstown.

When the One Drainage Committee was formed, a woman named Myra Chapa was appointed treasurer. On this form making the appointment, is the committee address, which is listed as 603 W. Avenue A in Robstown.

"So when they put those addresses, they put the office address, so I think that's the misunderstanding,” Ramirez said.

"But she didn't get that right either,” 6 Investigates said.”It’s kind of a double mistake. West Avenue A is an abandoned building."

“It should be East Avenue A,” Ramirez said. “But that’s something that can be amended and I’ll advise them to do that.”

Then, the spokesman realized that would be a problem, too.

Because 603 E. Avenue A is this building, the drainage district office, where Myra Chapa works for the taxpayers as an administrative assistant. So he tried again.

Another misstep leading up to an election which the spokesman for the drainage district blames on a lack of political savvy on the part of those who work for Drainage District 2 and are passionate about getting voters to say yes to the $9.5 million bond.

“You see why I’m bringing this up?” 6 Investigates said.

“I completely understand,” Ramirez replied. “I know you think the bond should pass, but others are passionate about it not passing. My issue is the attack on these guys. They have their heart in their community."

So what, if anything will be done about the election mistakes in Robstown?

An attorney with the Texas Ethics Commission tells me they don’t get involved until a complaint is field with their office. And so far, that hasn’t happened.