A pre-election mailer intended to get people to the polls has instead raised some alarms.

Letters mailed before the November mid-terms  highlight individual voting patterns and advise them that someone will be checking back not only on the recipients of the letters, but, their neighbors to see if they actually went to the polls. 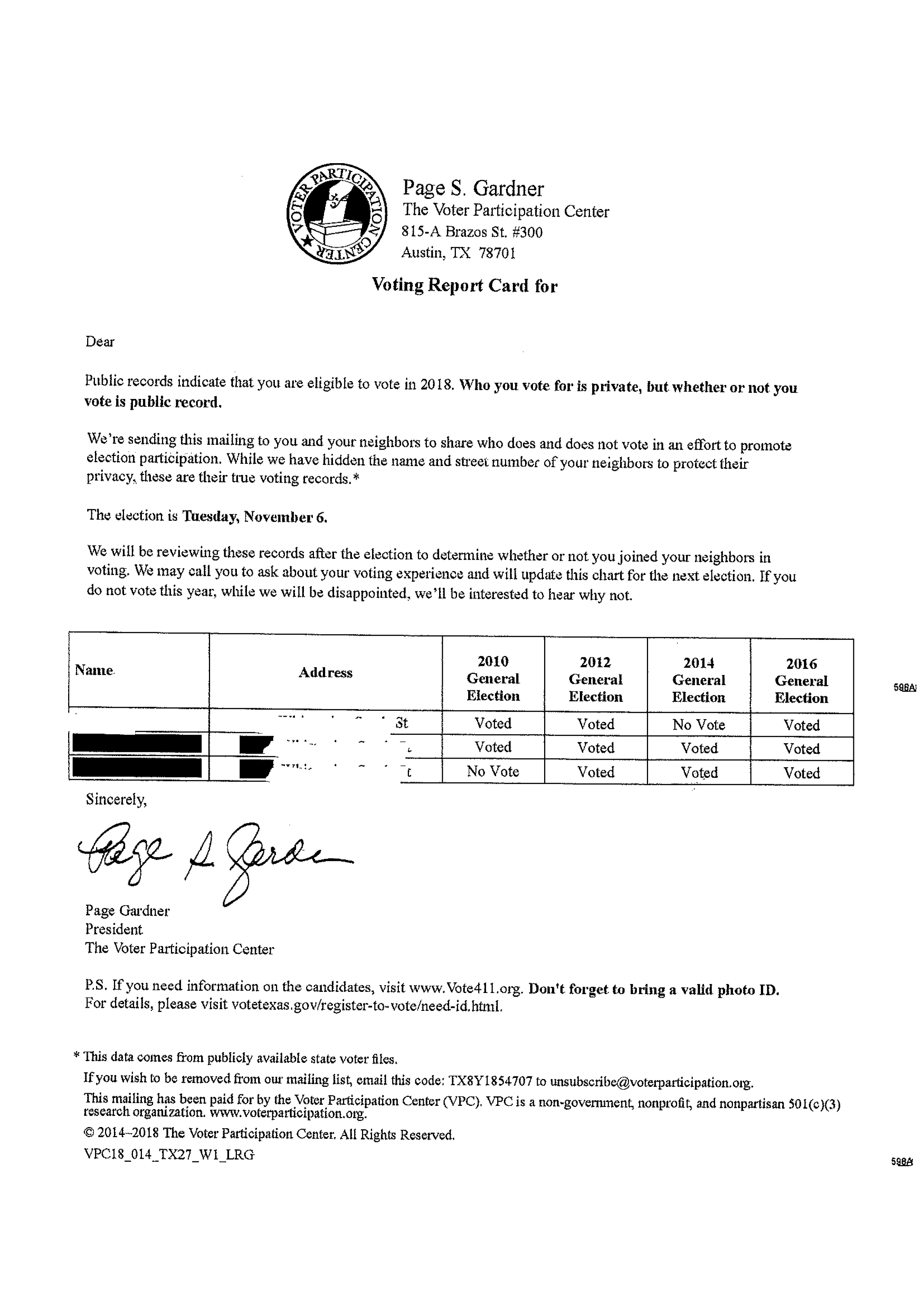 Nueces County Clerk Kara Sands says it’s a new tactic and wonders how effective it is.

“We want people to get out and vote but, shaming them to get out to the polls? To me, it’s a new tactic,” she said. 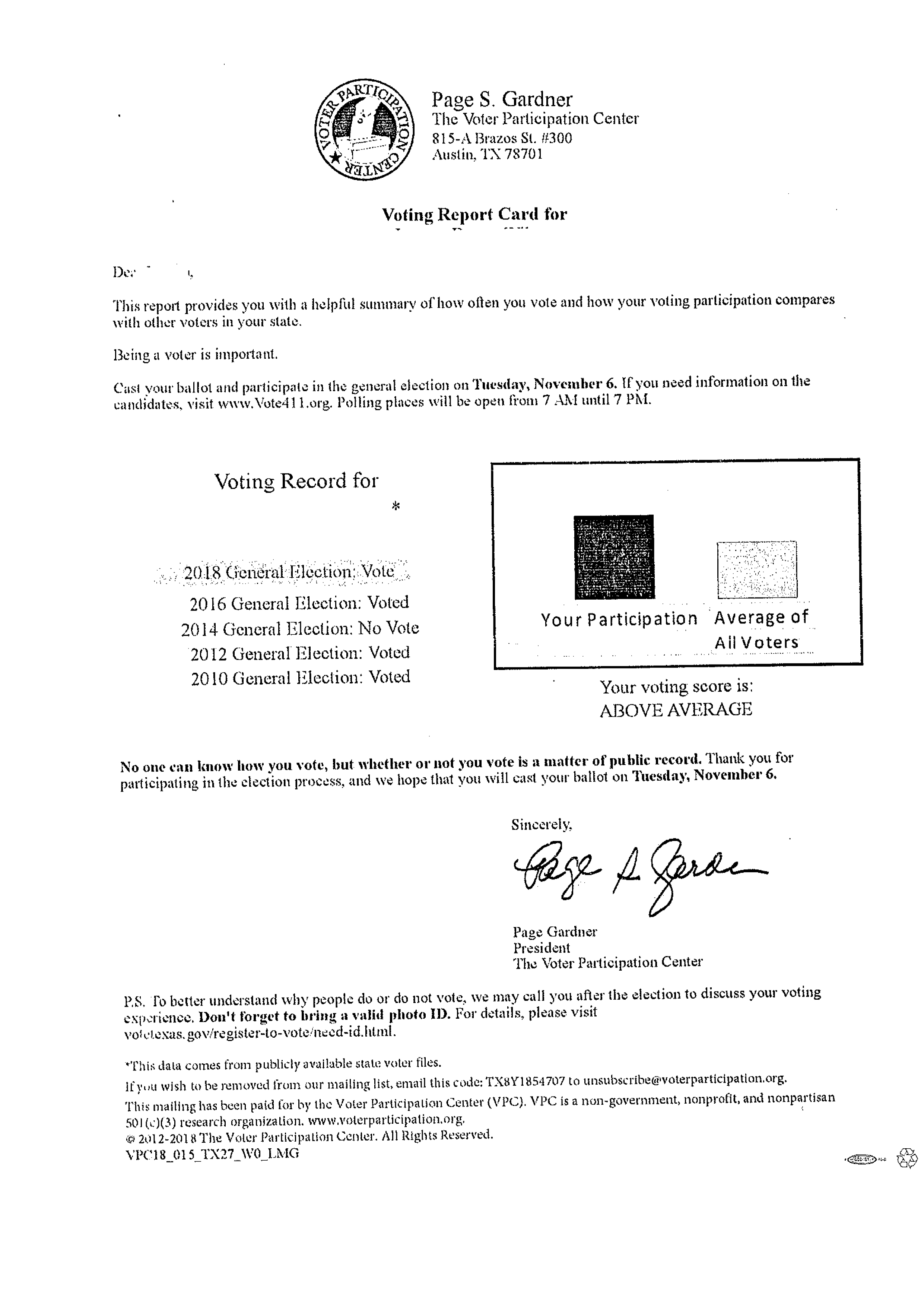 Sands says these letter did not come from local or state elections officials.

They came from a non-profit, non-partisan D.C. based grassroots group called the “Voter Participation Center. ”

But some people say the letters came across as annoying and invasive and raised questions on what part of someone’s voting history is public.

The reality is that voting records are, for the most part, public records. Sands tells us anyone can find out if you’ve voted and, if you voted in a primary, whether you voted Democrat or Republican.

What can’t be known – and what the letters do not address – is which candidate an individual voted for.

The center’s president and founder, Page Gardener, issued this statement in response to our questions about the mailers:

“We have one main mission, and that’s to encourage people to vote—especially those most likely to drop off as voters between presidential and mid-term elections.

These letters have gone to mailboxes all over the Coastal Bend.Did you receive one?And did it make you feel like you're being watched?Let us know below, or contact Rick Spruill #6Investigates

“Whether someone voted in an election is public record. As a civic-engagement group, we use public records to help voters understand their voting records. Those who can vote—and have previously participated—often are inspired to vote when shown their record.  It’s a way to provide some meaningful benchmarks and encourage greater involvement in our democracy.

Arizona’s Adriana Araceli Hall is a great example. When we sent her a voting report card in October, she was so inspired that she went on Facebook to offer free rides to the polls for any voters in her area, regardless of party affiliation.

There are millions of eligible citizens in Texas who often sit on the sidelines of our democracy. And way too many of them come from under-represented groups of Americans, including African-Americans, Latinos, young people, single women and others who are struggling to make it in America. The Voter Participation Center is a nonprofit and nonpartisan organization dedicated to increasing the participation of historically underrepresented groups in our democracy. Our only purpose is to encourage people to vote!”