CCISD releases its correspondence with the Navy

A letter the Navy sent to the CCISD superintendent in March outlined the noise and safety concerns about the location of the new Mary Carroll High School campus.

The land for the new school campus is about a half mile away from the edge of Cabaniss Field where Navy pilots train. The Navy’s concern is a portion of that campus is in a designated accident potential zone, which is where a Navy pilot is most likely to crash if there is a mishap. 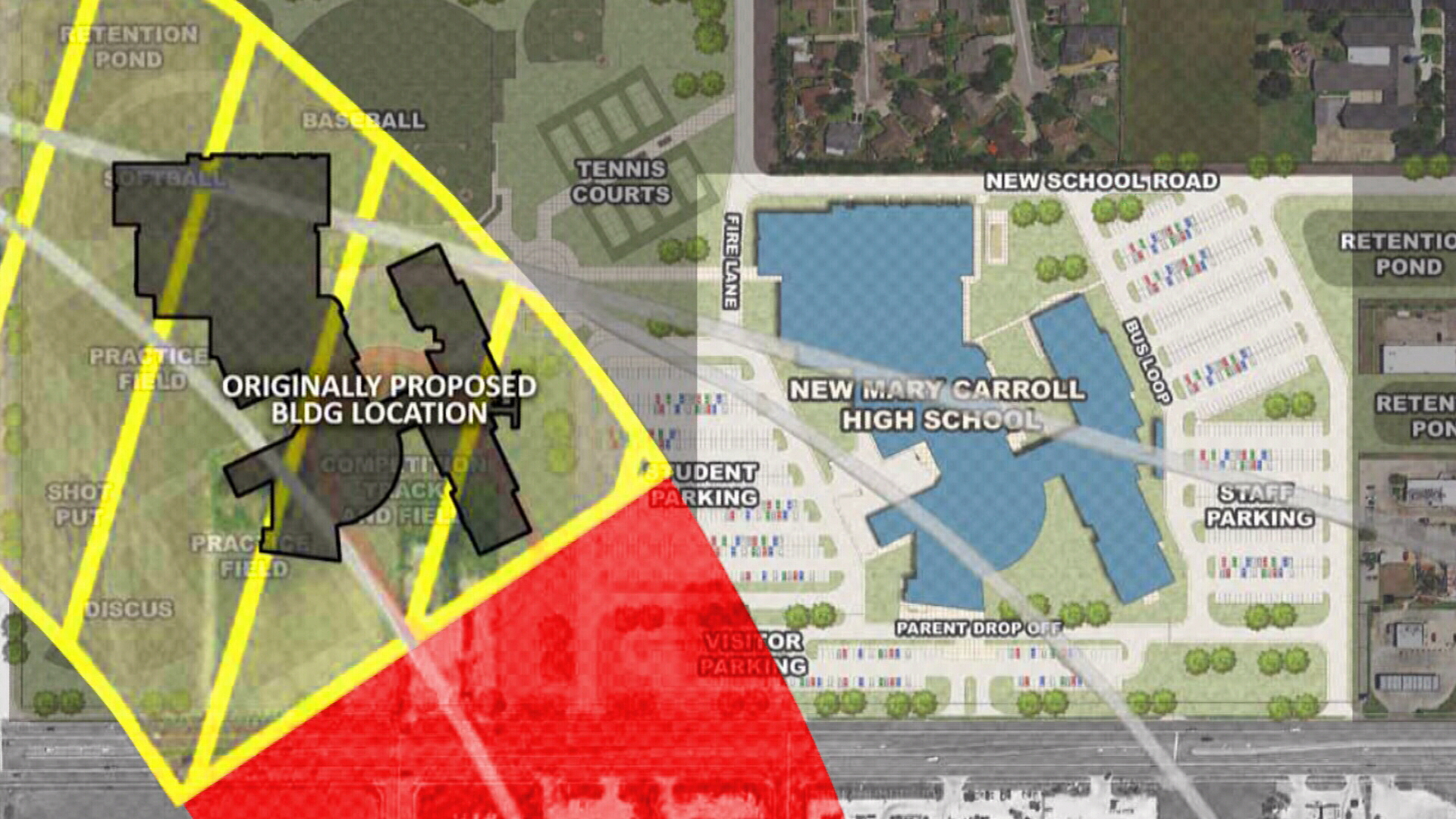 KRIS 6 News requested those letters on October 26th. CCISD released them Friday afternoon – three days after voters approved a $210 million bond proposal. The bulk of that bond will pay for the new high school campus on Saratoga Boulevard near Weber Road.

In a letter dated March 26th, 2018, the commander of Naval Air Station Corpus Christi said the nearby Cabaniss Field is a “critical asset to naval aviation and our ability to produce pilots in support of national security missions.”

The letter also said the airfield has more than 50,000 flight events per year.

Superintendent Roland Hernandez responded in a written letter on April 12, 2018, and said the district understood its concerns and had agreed to move the high school building out of the accident potential zone. That leaves a parking lot and athletic fields in the Navy flight path and in what the Navy identifies as a future accident potential zone.

In that letter, Hernandez also said CCISD would continue to seek input from the Navy as it got closer to buying the property. About a week ago, CCISD closed on the 60-acre tract of land with plans to build the campus there.

The letters released by CCISD are the only time the district and the Navy had written communication about the issue.

Although Hernandez has said since then he’s talked with the commanding officer by phone, several times.