Investigative reporter Jessica Savage sat down with a woman who has waited almost 5 years for her day in court.

Here is her story:
Amber Cervantes wants closure so she can move on with her life.

On Dec. 13, 2013, she suffered a traumatic brain injury in a car crash. Remarkably, she has no visible signs of her injuries, but her internal suffering is what makes life a struggle. 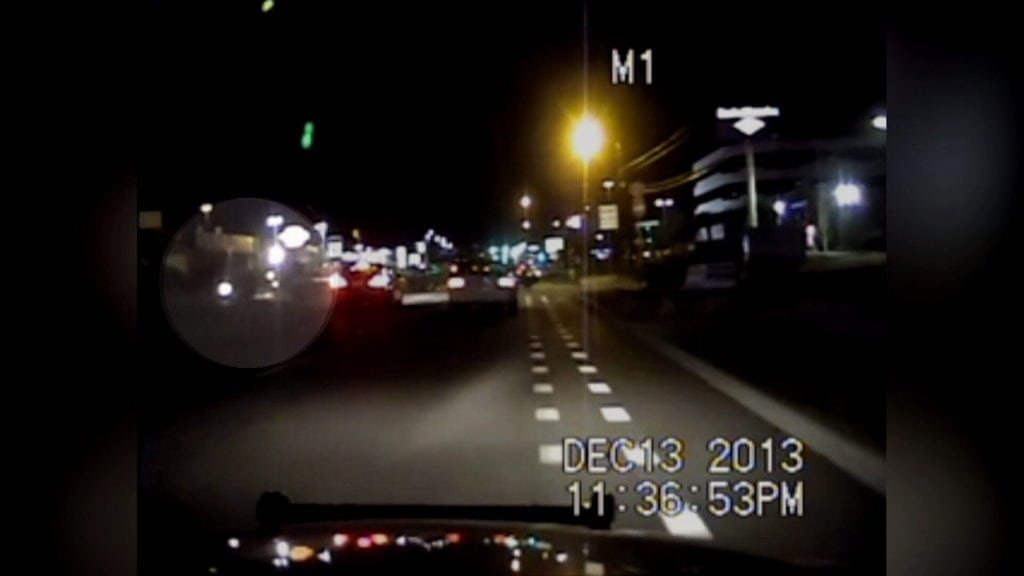 “I’m just in extreme pain,” Cervantes said. “Since that crash, my pain level on a scale from one to 10. I’ve been living from seven to 10.”

That was after a suspected drunken driver slammed into her driver side door traveling at more than 80 miles per hour. The moment of impact was captured on a police dash camera. The aftermath of the crash was even more devastating.

First responders found Cervantes pinned in the vehicle and unconscious.

“I have no memory of that event and I don’t even really know what I was doing out that night,” she said.

Police arrested the driver – identified as 24-year-old Hector Delaney Garcia, and charged him with evading arrest. Two years later a grand jury indicted him on two counts of aggravated assault with a deadly weapon.

Every step of the way, Cervantes has said she’s pushed the Nueces County District Attorney’s Office to move forward with the case. And each time it seemed close to a resolution, there would be another delay.

“I just can’t believe that it’s taken this long,” she said.

Amber’s case is one of 6,700 criminal cases in Nueces County waiting for justice. The problem used to be much larger. When 6 Investigates reported on the problem more than a year and a half ago, there were about 12,000 cases. That caseload grew as high as 18,000 before dropping off earlier this year, according to numbers provided by the Nueces County District Clerk’s Office.

New case management strategies implemented by the District Attorney’s Office are part of the reason why those cases are being resolved quicker than before, said Melissa Madrigal, First Assistant to the Nueces County District Attorney. Those strategies include having twice as many grand jury meetings to present cases, and prosecutors also work one Saturday each month to catch up, she said.

So why is Amber Cervantes still waiting?

Those are case-specific reasons beyond the DA’s control, Madrigal said.

“Ultimately, the judge makes the decision,” she said, before emphasizing: “Amber is going to have justice.”
But court records show a pattern of continual court delays. Those delays often pushed justice out of reach.

Garcia is on his fourth attorney. And each time Garcia’s attorney withdrew, the 148th District Court allowed it. At a hearing last month, the court delayed the case another two months so Garcia’s new attorney could have time to work on the case.

Cervantes said Garcia’s revolving door of attorneys is part of a delay tactic.

“That process worked for him,” she said. “It bought him more time.”

And since a grand jury indicted Garcia in December 2015, he’s spent that time in and out of jail. Court and jail records show he’s been arrested at least twice – once for failing to show up to court hearings and refusing to follow his bond conditions.

This past December, police arrested Garcia at a local club on suspicion of drug possession, according to the police report.

Garcia currently is out of jail on bond.

In the end, Cervantes said she wants fairness and closure.

“I feel that he needs to serve some prison time,” she said. “Not a long sentence. I would be happy with three years, four years. I think that that’s reasonable.”

The next hearing in the case is set for September. Madrigal said the DA’s office is ready. 6 Investigates called Garcia’s listed attorney Les Cassidy, but that call was not returned.