Sandfest is a South Texas staple around this time of year

The Annual Texas SandFest began this weekend in Port Aransas. It’s another economic shot in the arm for the community that’s still recovering from Hurricane Harvey.

The town’s residents say they’re prepared for thousands of visitors.

The recovery in Port A is impressive. Nearly 85 percent of hotels, condos, and rental homes are back up and running. Most are already booked, just in time for the annual sand-sculpting event.

“We’ve been sold out for a month, and every place in town is sold out,” said Mary Honeck, the owner of Amelia’s Landing Hotel. “I don’t know anybody who still has rooms.”

Meanwhile, 95 percent of the town’s businesses have reopened their doors too, like stores, restaurants and places like Ash Cart Rental.

Chris Kuhn, the owner of the business, says they’ve gotten numerous calls ahead of SandFest weekend, and they’ve already rented out all their carts. 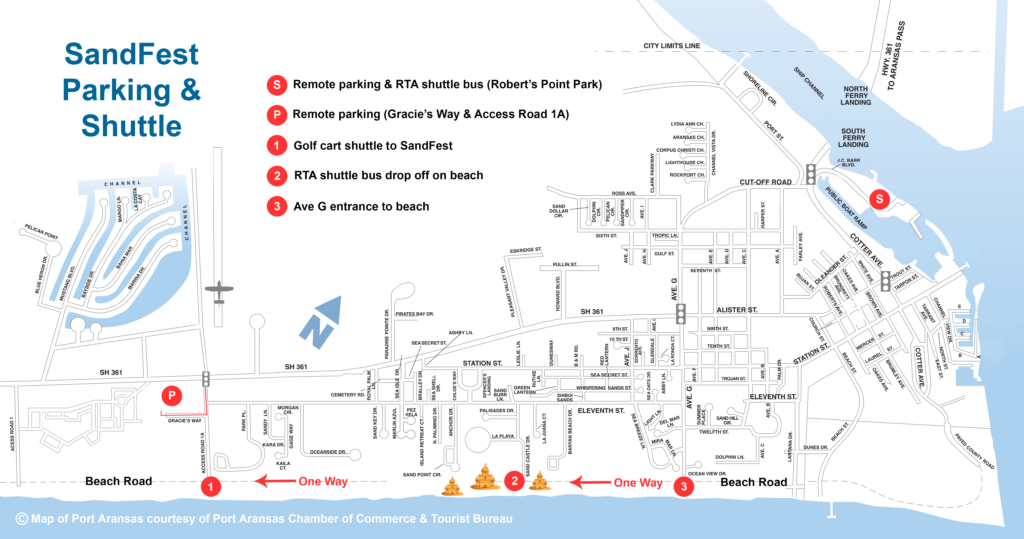 But not to worry, there is still the option to rent out an electric bike to beat the SandFest traffic.

“You can pull right up to the gate, lock your bike up, attend the event, come back out and then go home,” said Glen Shaw, the owner of Island Motor Bikes.

This weekend’s activity and crowds also are a sign of the times that Port Aransas has bounced back from the devastation of Hurricane Harvey.

“The whole town has come together and rebuilt,” said Kuhn.

“Its really coming back strong, and it’s just awesome to see,” Honeck said.

The event will be held between mile markers 9 and 13, rain or shine.