What you need to know about attending Fiesta de la Flor

Thousands of people are expected to attend Friday and Saturday as Corpus Christi celebrates the legacy of one of its most notable hometown citizens, Selena Quintanilla-Perez.

Security has been taking place for several weeks to provide a safe, enjoyable atmosphere for all who attend.

Among the items that aren’t allowed at the festival include fireworks, drugs or animals.

Other items that should be left home include coolers, lawn chairs, folding chairs, containers and bottles, according to the festival’s official website.

And even though rain is expected this weekend, umbrellas won’t be allowed at the festival.

For food, there will be more than 20 food trucks parked just outside the festival grounds at the American Bank Center.

And with parking expected to be at a premium, festival organizers urge attendees to take advantage of park-and-ride services that are detailed on this map. 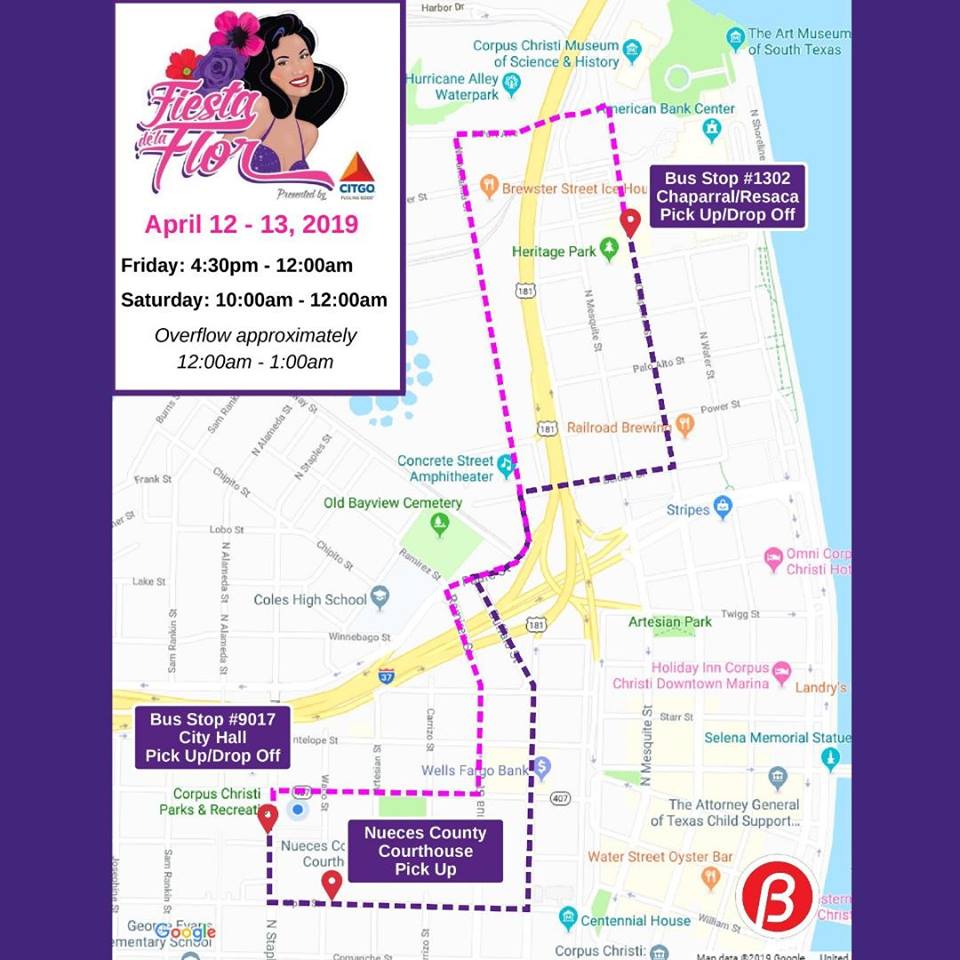 Buses will begin transporting festival attendees at Corpus Christi City Hall and the Nueces County Courthouse starting at 4:30 p.m. today. Rides on the buses will also begin at 10 a.m. Saturday. These free bus services will run until 1 a.m. on both Friday and Saturday.