NEW YORK (AP) – Lawyers for Donald Trump’s former personal attorney, Michael Cohen, were pursuing negotiations with prosecutors that could result in a plea deal and a court hearing was set for Tuesday afternoon, according to two people familiar with the financial fraud investigation. 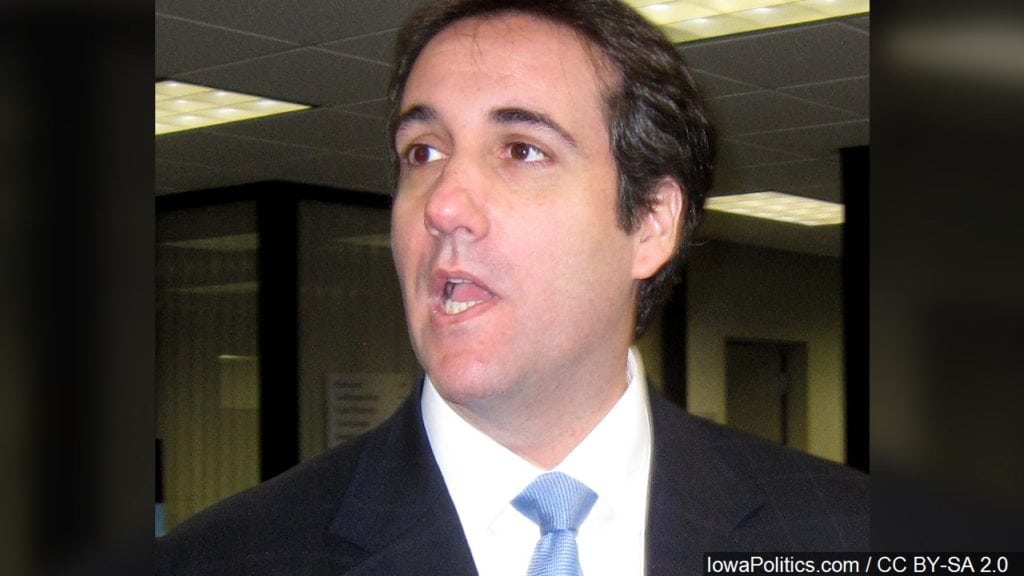 If a deal is struck, Cohen would plead guilty in federal court in Manhattan and agree to cooperate with the government, said the people, who spoke to The Associated Press on condition of anonymity because they weren’t authorized to publicly discuss the case.

Cohen was seen earlier Tuesday leaving his apartment and traveling to the midtown Manhattan offices of one of his attorneys, former federal prosecutor Guy Patrillo. At the courthouse, security officers had set up barricades outside the main entrance.

Both Cohen’s lawyers and the U.S. Attorney’s office declined comment on Tuesday.

The development came a day after prosecutors signaled that Cohen could be charged before the end of the month in a case that has been a distraction for the White House with the midterm elections approaching. Absent a quick resolution, it’s believed that prosecutors would put off a decision on how to go forward with the case until after the election in compliance with an informal Justice Department policy of avoiding bringing prosecutions that could be seen as political and influence voters.

Prosecutors had been investigating Cohen for possible fraud related to his businesses for months. The FBI raided his hotel room, home and office on April 9, seizing more than 4 million items.

The New York Times reported earlier this week, based on anonymous sources, that prosecutors have been focusing on more than $20 million in loans obtained by taxi businesses that Cohen and his family own.

Cohen had gained notoriety as Trump’s loyal “fixer” before the FBI raid. And Trump branded it “a witch hunt,” an assault on attorney-client privilege and a politically motivated attack by enemies in the FBI.

But the president’s initial support for Cohen has since degenerated into a public feud, prompting speculation that, to save himself, Cohen might be willing to tell prosecutors some of the secrets he helped Trump keep.