A tiger cub that was found unconscious inside a duffel bag and rescued by Border Patrol members is said to be doing well.

Border Patrol officials sent a news release Monday afternoon about three men, all undocumented immigrants, were found traveling with a duffle bag. The cub was inside the bag. 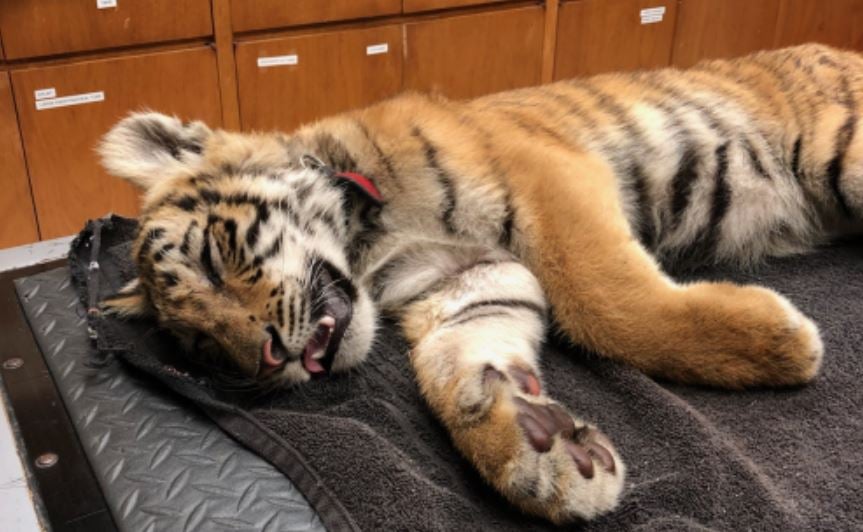 Agents say the cub was taken by veterinary staff with the Gladys Porter Zoo in Brownsville, Texas.

Tuesday, zoo members posted a picture of the tiger cub with this statement: "Despite him being brought to us in a critical condition, our veterinary team acted quickly to stabilize him, and he is now doing very well. He is thought to be around two months of age."

"The way he responds to humans leads us to believe that he has been hand-raised up until this point. The next step will be to find him a more permanent home," the statement concluded.