In Sutherland Springs, there are flowers, memorials, and tears after a gunman killed or injured an eighth of the small town.

The community southeast of San Antonio will never be the same.  The massacre abruptly ended the lives of a grandmother, a 17-month-old-baby, and eight members of one family spanning three generations. With 26 people now dead, Sutherland Springs residents are heartsick. 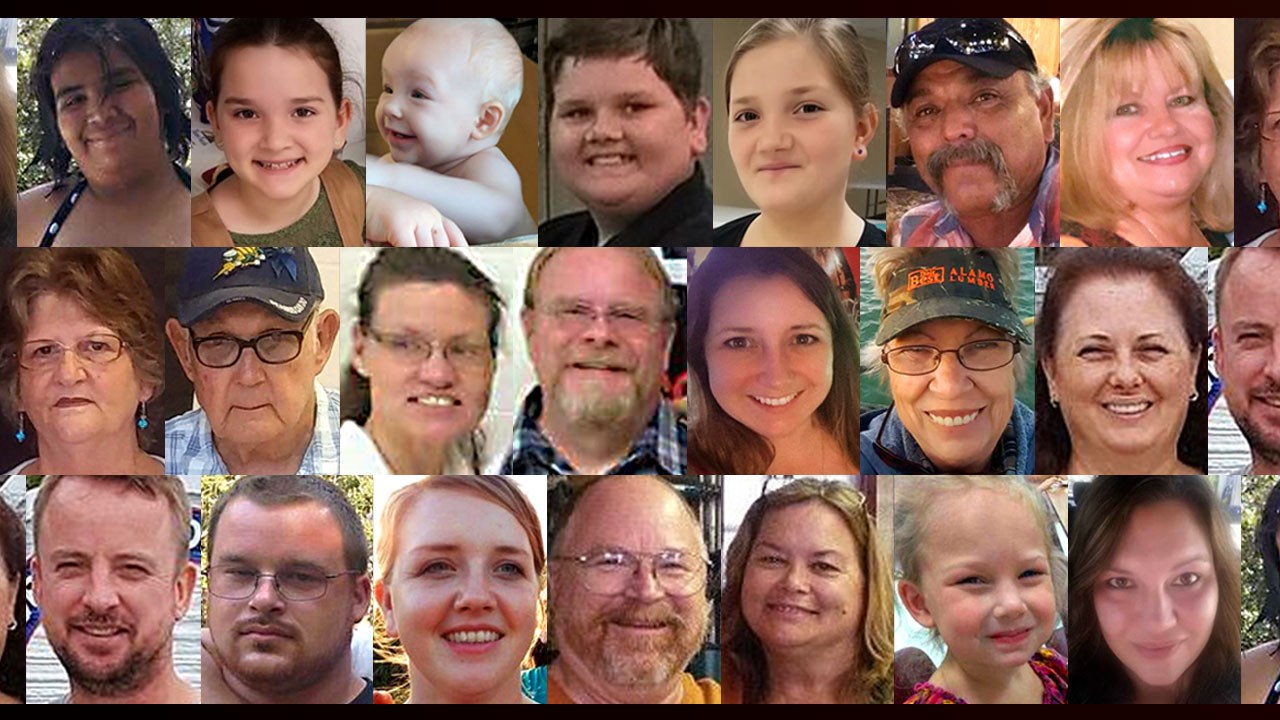 The tragedy also has a ripple effect in Corpus Christi. It is why the local Homicide Survivors Support Group traveled to Sutherland Springs. Some people in the Coastal Bend have ties to The First Baptist Church and connections to some of the victims, like Donna Watkins’ daughter, who went to school near Sutherland Springs.

"Her best friend was married in the church, her Grandfather’s funeral was in there, and she lost a school mate in this. She was having a really hard day yesterday," said Watkins, who founded the Homicide Survivors Support Group.

Watkins fully understands the feelings of devastation. She founded Corpus Christi’s Homicide Survivors Support Group, after she lost both her brother and a 6-week-old baby girl she was adopting to brutal homicides. 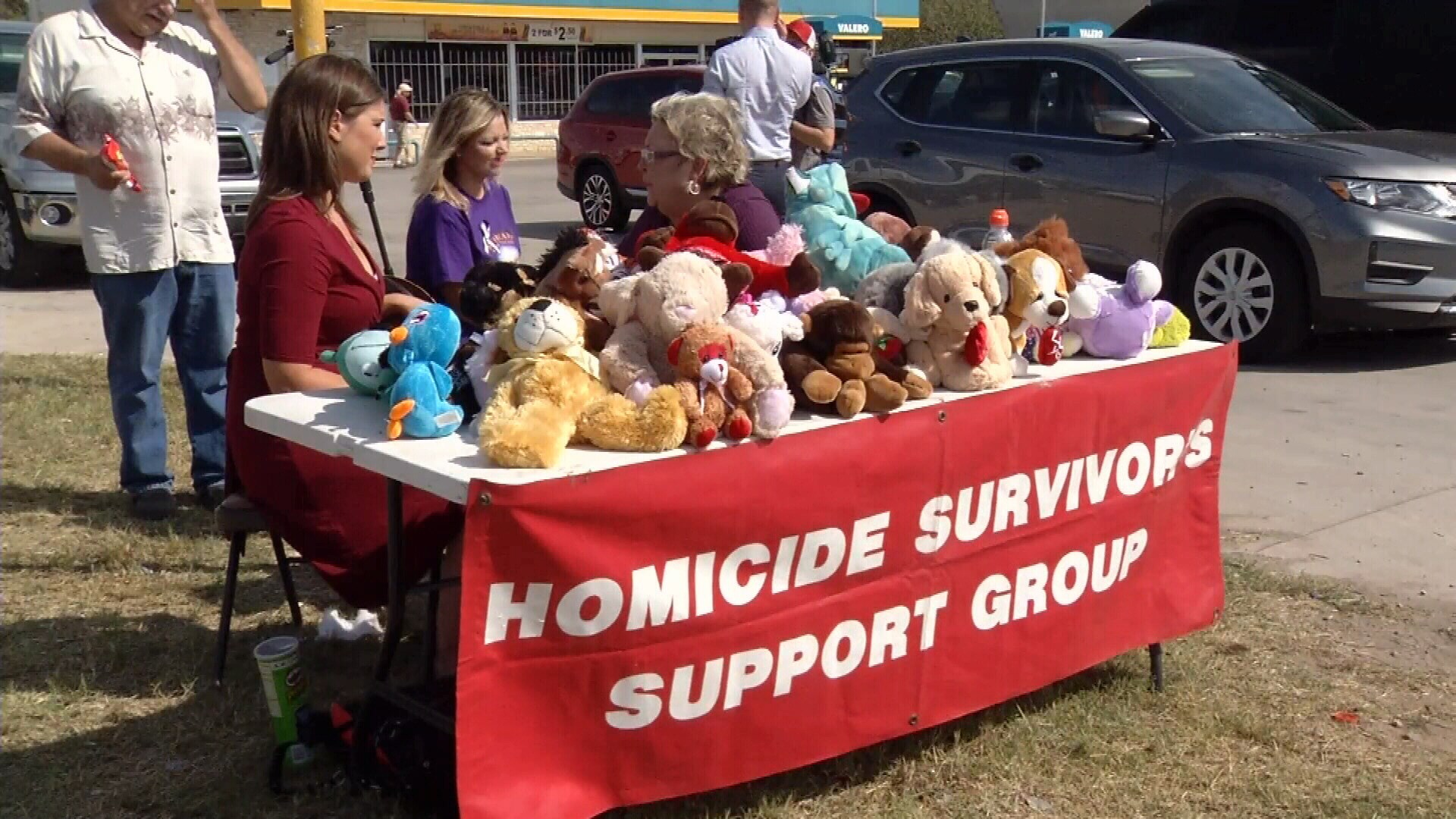 "I’m not going to say it gets easier. There’s not a day that goes by that I don’t think about my lost loved ones," Watkins said. "You’ve been that person on the other end, receiving that call that your loved one’s gone, you know what’s ahead for them.

Having experienced piercing losses themselves, members of the group support the families of homicide victims, including the family of Breanna Wood. The Corpus Christi woman was shot to death last year. After she was reported missing, her mother joined the group.

"Nobody deserves to lose their child to any kind of violence, and it affects the whole community," said Jennifer Watkins, a member of the group Donna Watkins’ daughter. 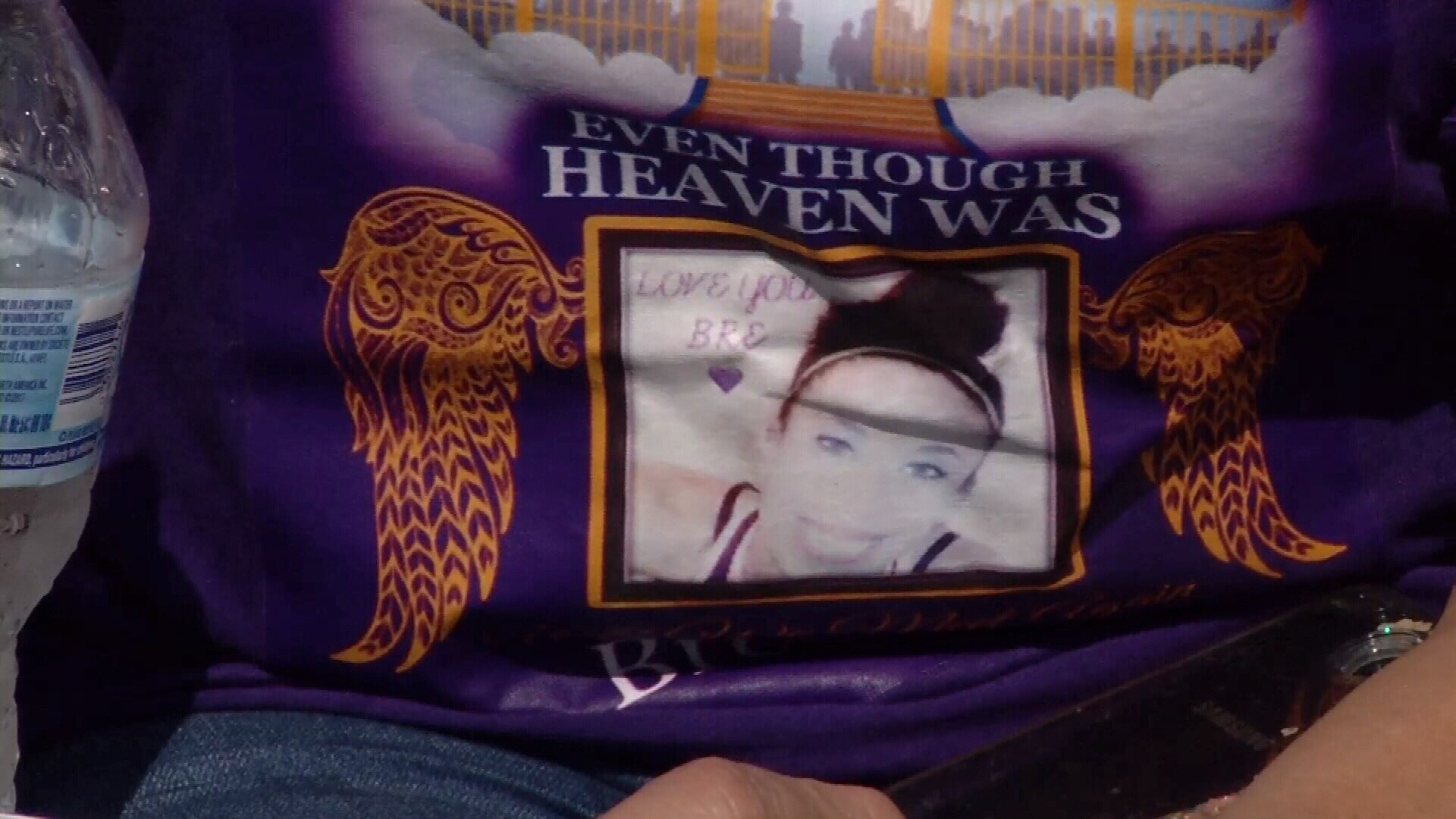 It is why a handful of Corpus Christi residents traveled to grief-stricken town Sutherland Springs.

On Tuesday the group had a small table set up across from The First Baptist Church, handing out teddy bears and stuffed animals, and offering up one asset to the reeling community: 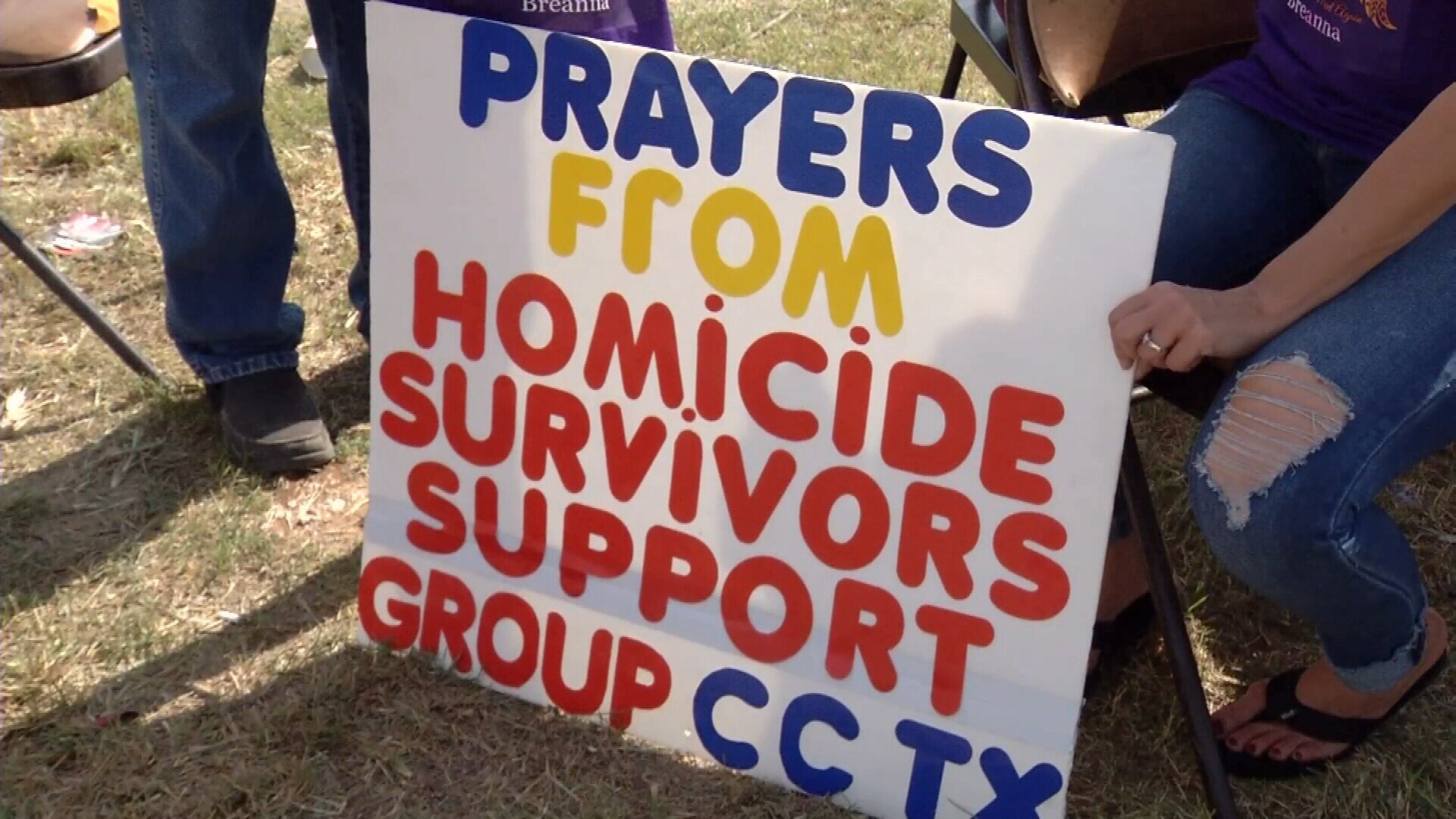 Through experience, they know there is only more grief and much pain ahead for the families of the victims.

She says neighbors and friends are quick to bring over casseroles and offer kind words immediately after a tragedy, but it is important that Sutherland Springs continues to receive support in the months and years after this shooting.

However, although the support group has offered up comfort to countless families of homicide victims, the largest mass shooting in Texas history hits them particularly hard. In the 28-years since Watkins began the group, she has never seen so many people senselessly killed all at one time.

"When I hit the city limits here, I felt so overwhelmed," she said. "It’s because, knowing how many it was, and knowing that most of them were children. Children, they didn’t have a chance to live."

The Homicide Survivors Support Group is planning a vigil in Corpus Christi for the shooting victims. They will announce the date for the vigil in upcoming days. 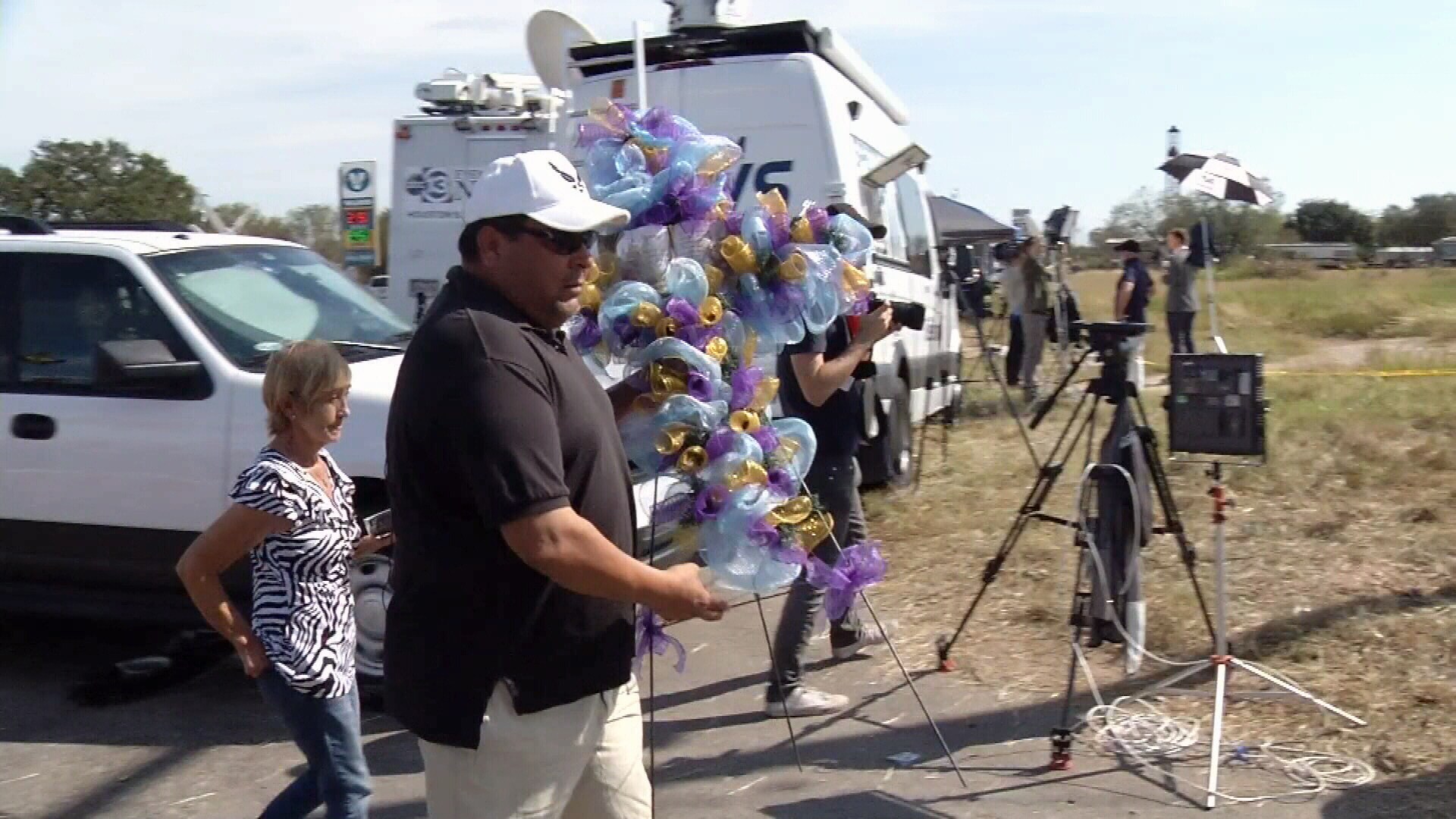