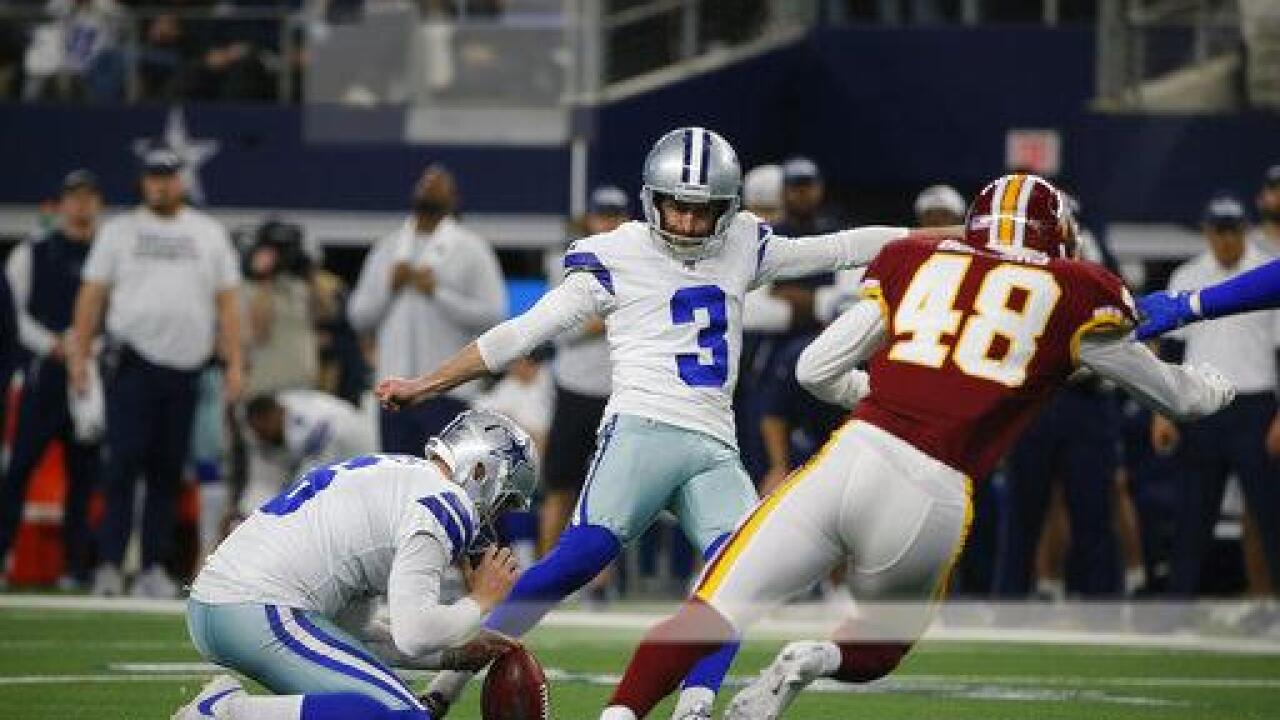 Michael Ainsworth
The Dallas Cowboys have given the boot to Kai Forbath, who was their kicker at the end of the 2019 season.

FRISCO, Texas —FRISCO, Texas (AP) — The Dallas Cowboys have released Kai Forbath, clearing the way for Greg Zuerlein to be their kicker in 2020. Forbath signed a one-year contract in March after making all 10 kicks as the midseason replacement for a struggling Brett Maher in 2019. Zuerlein signed a three-year contract with $2.3 million guaranteed just a few days later. He was reunited with special teams coach John Fassel, who left the Los Angeles Rams and joined new Dallas coach Mike McCarthy’s staff.