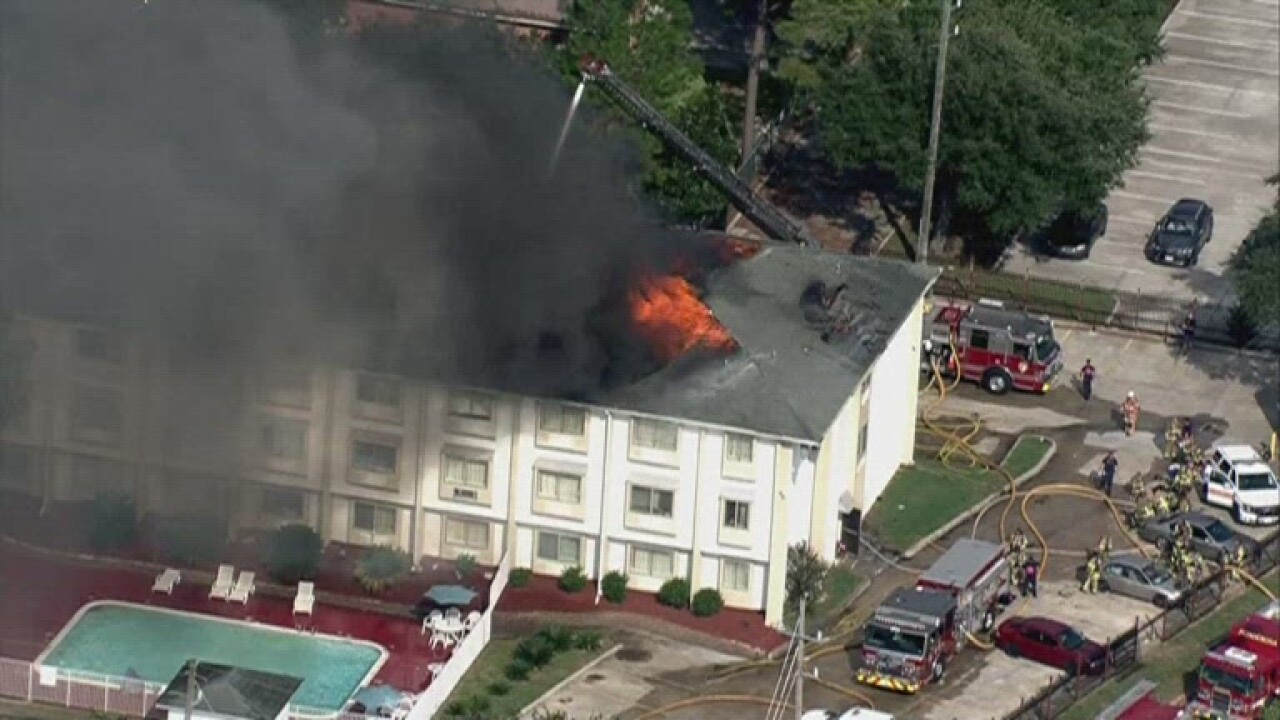 Seven people, including two children, were hurt in a 3-alarm fire at a motel in Houston this afternoon. (KPRC)

The fire struck about 3:45 p.m. Wednesday at the Motel 6 North just off Interstate 45, about 20 miles (32 kilometers) north of Houston. Heavy smoke burst through the roof of the building and spread through a common attic to an adjoining building.

Firefighters from three departments battled the flames and rescued the seven people and pets. Norm Uhl of the Cypress Creek Emergency Medical Service says the seven were taken to a hospital for treatment of minor injuries or smoke inhalation.

Authorities haven't established the cause of the fire.