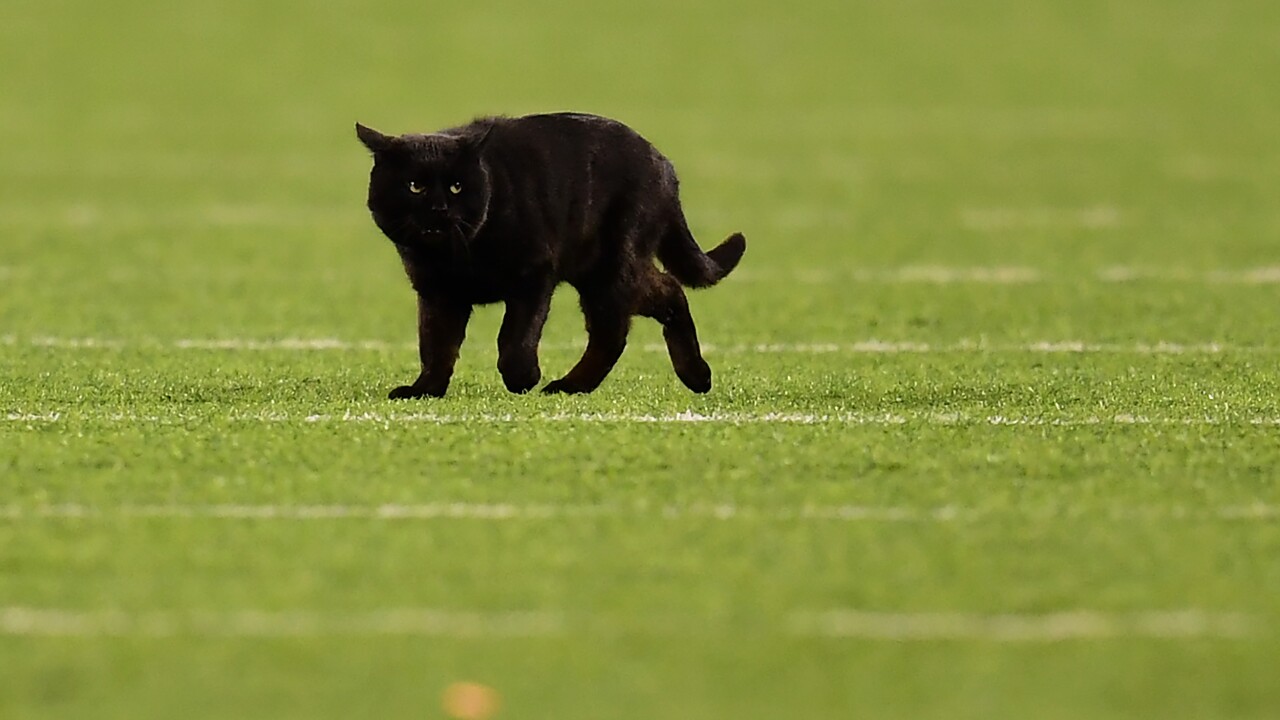 EAST RUTHERFORD, N.J. (AP) — A black cat got the best of the Dallas Cowboys and New York Giants for a few minutes Monday night.

The cat scampered on the field during a Giants drive in the second quarter and forced referee Clay Martin to delay the game while workers at MetLife Stadium and some New Jersey State Troopers herded the feline toward the end zone away from the players.

The cat didn't leave right away. It was directed into the corner of the end zone and then sprinted across the end line to a camera platform.

For a second, the cat jumped on the platform and then sprang out. It finished its run along the end line before running up the tunnel to the cheers of the crowd.

But it might have been for the Cowboys, who outscored the Giants, 34-9, after the feline sprinted on the field.

The victory kept the Cowboys (5-4) a half-game ahead of the Philadelphia Eagles for first place in the NFC East.

And who knows? If the cat didn't take the field, the Cowboys may have never turned their slow start around.