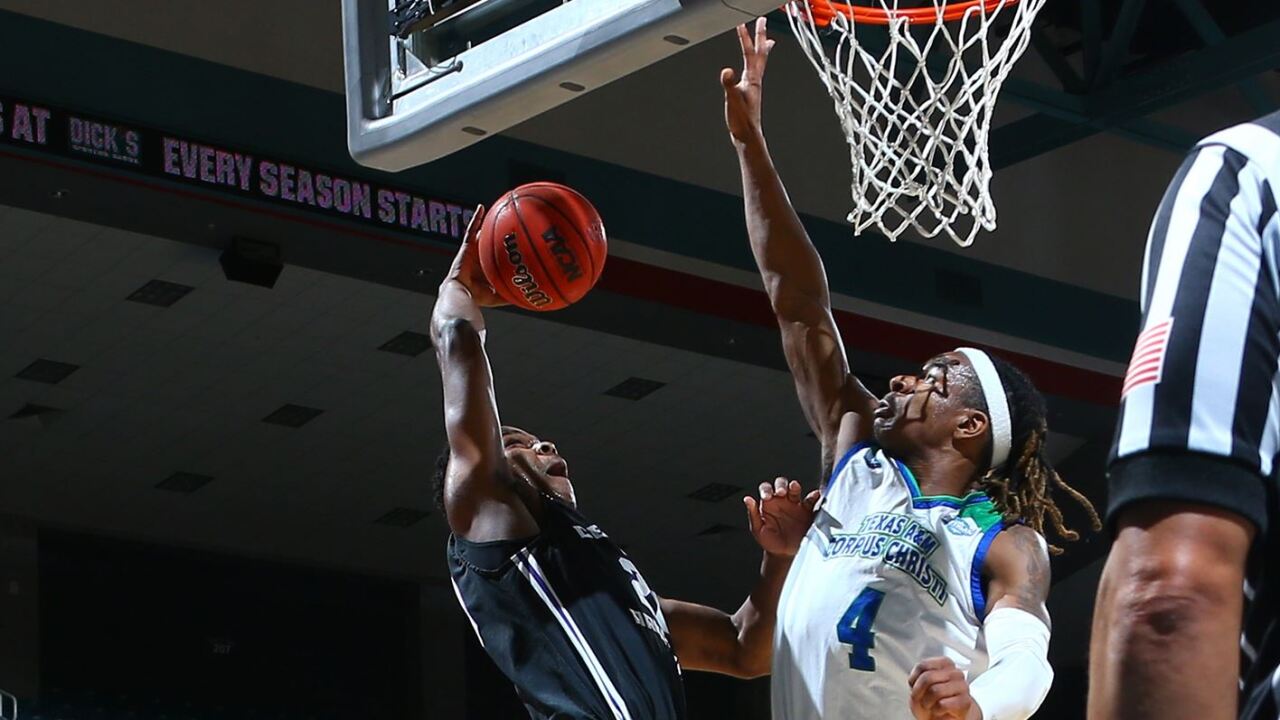 CORPUS CHRISTI, Texas — The Texas A&M-Corpus Christi Islanders men's basketball team have a 17-game home schedule for the 2019-2020 including their first home tournament in five seasons.

The Islanders will host a trio of teams who appeared in postseason play during the three-day event beginning on Nov. 15. Included in the tournament will be NCAA Tournament qualifer North Dakota State, CBI participant Stony Brook and CIT qualifier Texas-Rio Grande Valley.

The schedule will feature 11 games against teams that participated in postseason play last season, including road contests at Vanderbilt, Texas A&M and Nebraska.

The Islander Invitational begins on Nov. 15 against Stony Brook at the American Bank Center. On Nov. 16, the Islanders meet North Dakota State. And the South Texas Showdown, presented by NavyArmy Community Credit Union, bookends the weekend on Nov. 17 against in-state rival UTRGV.

The month of November closes with a home game on Nov. 23 against the University of St. Thomas at the Dugan Wellness Center followed by the return trip of the South Texas Showdown in Edinburgh on Nov. 30, against the UTRGV.

The Islanders will get a road test in December as five of six games are played on the road in four different states. On Dec. 3, A&M-Corpus Christi heads to San Antonio to face UTSA. After a home game against St. Mary's University at the Dugan Center on Dec. 7, the Islanders will travel to Texas A&M on Dec. 15, in College Station.

Southland play begins on the road starting on Dec. 18 at Nicholls in Thibodaux, La., followed by a trip to Conroy, Ark., to take on Central Arkansas on Dec. 21. After the holiday break, A&M-Corpus Christi heads to Big 10 member Nebraska in Lincoln for its final non-conference game of the year on Dec. 29.